The future of Turkey-US relations 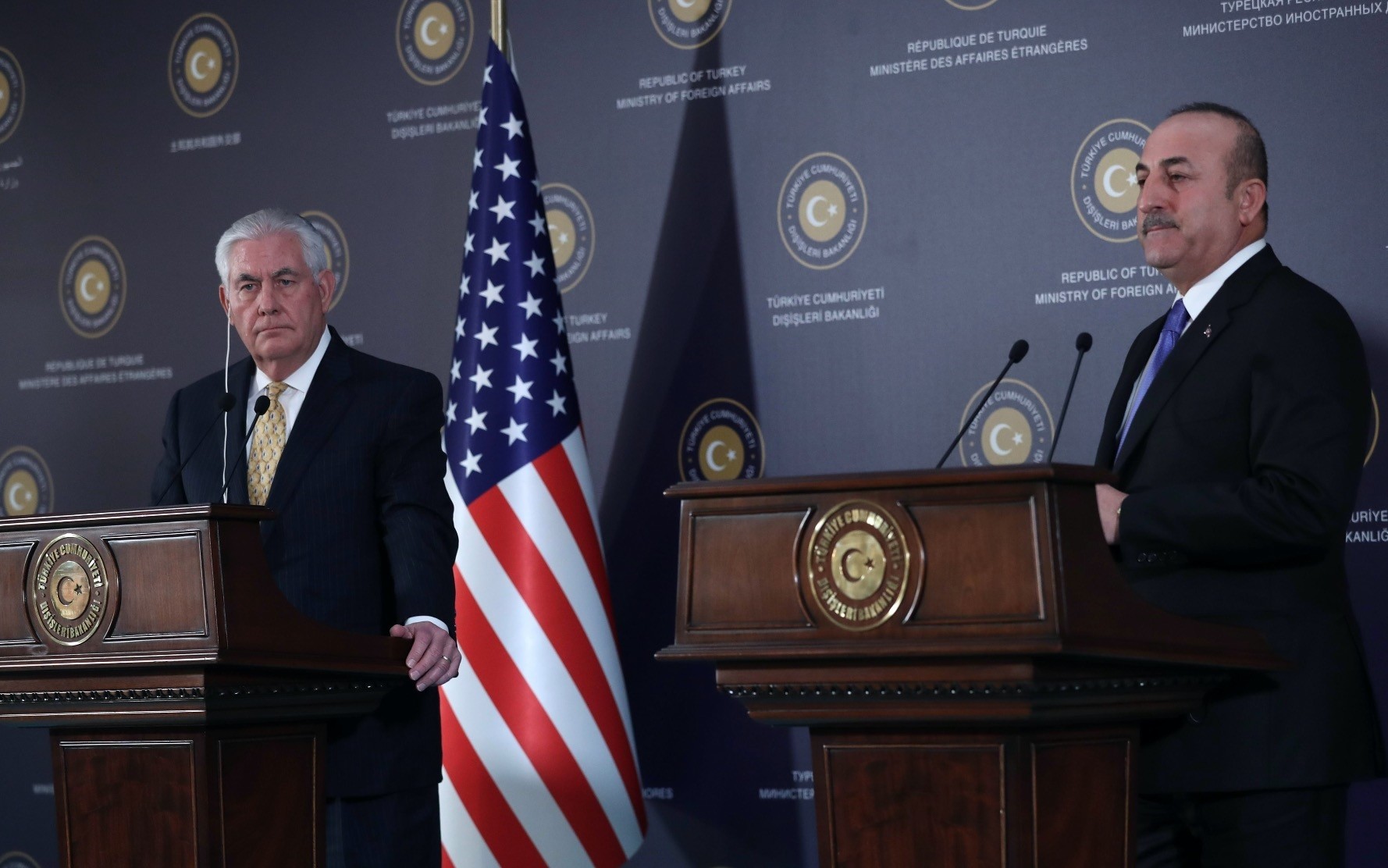 If Washington fails to take necessary steps regarding Turkey's concerns on security, it must understand that its relationship with Ankara could be beyond saving

Earlier this month, I asked in this column whether or not Turkey would target U.S. troops in Manbij. At the time, I stressed that Turkey-U.S. relations were at a critical junction and was heading for a cliff unless Washington started appreciating Turkey's concerns. I added that Ankara was going to make an offer to the United States soon – whereby U.S troops would remain in Manbij but they would secure the withdrawal of People's Protection Units (YPG) militants from the area.

Last week, Reuters broke the story during U.S. Secretary of State Rex Tillerson's visit to the Turkish capital. The Turks, it announced, had offered a new deal to Washington, under which the YPG would withdraw from Manbij and the area would be jointly controlled by Turkish and U.S. forces. As such, my claim was indeed confirmed.

Before engaging in a discussion of Mr. Tillerson's visit and the future of Turkey-U.S. relations, I must stress another point – which was originally made public by Ragıp Soylu, who knows Washington inside out. It would appear that an American diplomat recalled the piece at a Washington think tank to support the claim that the Turkish media was fueling anti-Americanism. To be clear, it is unreasonable to blame the deterioration in bilateral relations to journalists merely highlighting the facts, whilst conveniently ignoring Washington's military support to the PKK, a terrorist organization, in Syria.

It appears that Mr. Tillerson agrees with me – provided that he arrived at the Turkish capital with a large delegation and talked about problem areas face to face with Turkish officials. At the same time, U.S. Defense Secretary Jim Mattis met his Turkish counterpart, Nurettin Canikli, in Brussels to address differences of opinion.

There is a reason why Washington suddenly engaged Turkey after turning a blind eye to Ankara's longstanding concerns about the U.S.'s support for the PKK and the Gülenist Terror Group (FETÖ): the Turkish operation against the PKK's Syrian wing in Afrin. The Americans had to enter negotiations with the Turks because Ankara has been clear about its intentions to target YPG-held Manbij, where U.S. troops remain stationed.

Currently in talks with Turkey, Washington possibly has two goals. First, it seeks to mitigate tensions with the Turks, whose military footprint in Syria has been growing. Secondly, the U.S. wants to stall and possibly control Ankara's military actions by holding talks.

Keeping in mind that U.S. officials came to be known for making promises they don't keep, the Turks are exercising plenty of caution this time. It is no secret that there is a crisis of confidence. Three commissions have been set up to address problems related to FETÖ, PKK and consular issues.

Before doing anything, though, Turkey wants to see concrete U.S. action on the ground. It seeks to continue talks with Washington and keep fighting terrorists in Syria.

Sadly enough, Mr. Tillerson failed to meet Turkish expectations in two areas with his statement in Ankara. He repeated the same talking points about the extradition of FETÖ leader Fetullah Gülen, although the U.S. Department of Justice received a huge pile of dossiers and the U.S. knows perfectly well that Gülen was behind the 2016 coup attempt in Turkey. As such, his statement sent the message that the U.S. was unwilling to take action. Likewise, Mr. Tillerson's refusal to make a clear statement about cutting U.S. support to the YPG was a sign that the two governments would continue to disagree on this.

If Washington fails to take necessary steps regarding those issues, it must understand that its relationship with Turkey could be beyond saving. I believe that presidential spokesman İbrahim Kalın's most recent piece sums it up, "To overcome this crisis of trust, the U.S. administration has to take steps regarding both the YPG and FETÖ. Otherwise, a decades-long relationship and alliance will be damaged irreparably."