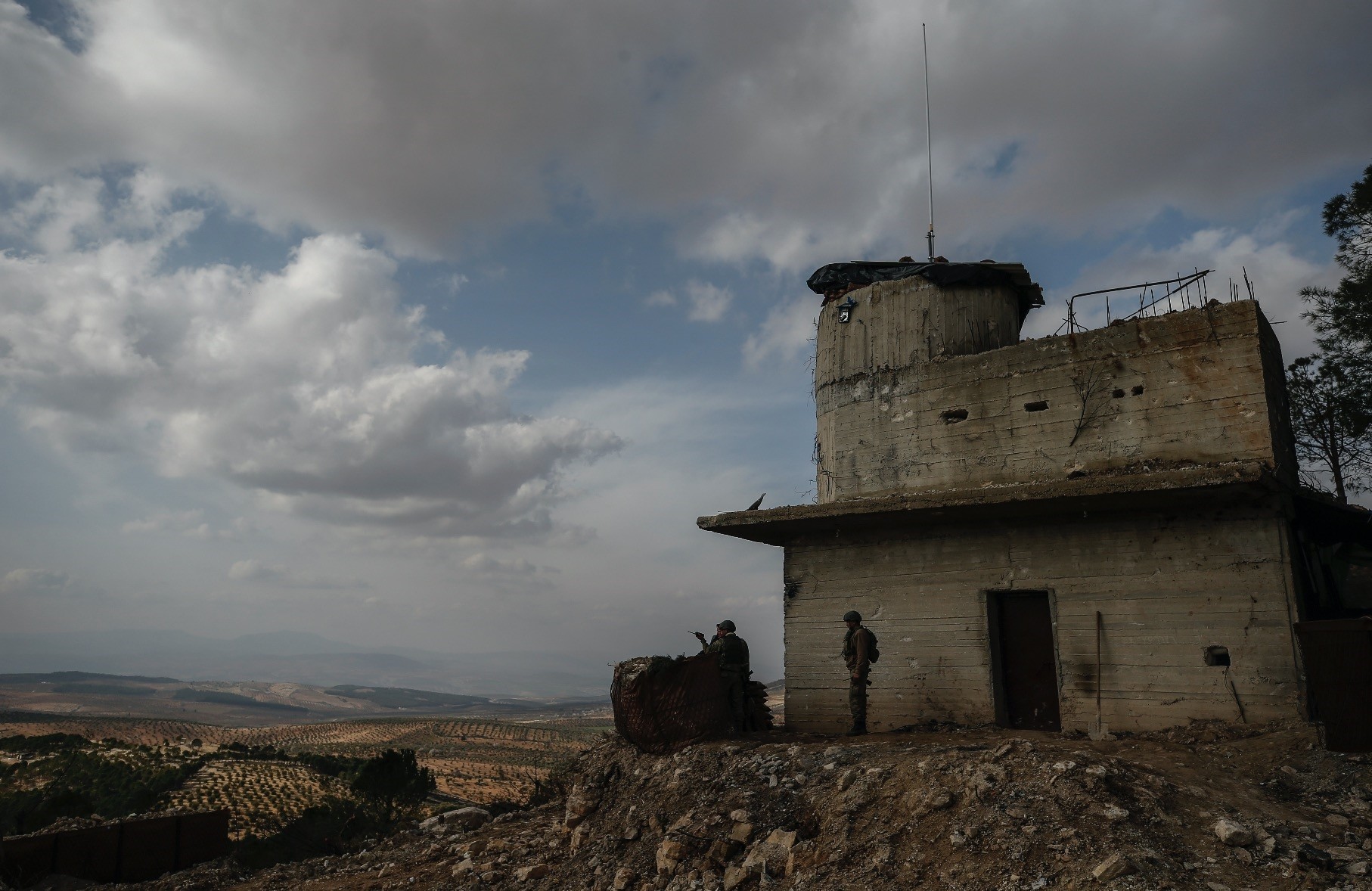 Turkish soldiers hold a position on the Bursayah hill during the counterterrorism offensive against YPG terrorists, Afrin, Syria, March 3.
by Yahya Bostan Mar 05, 2018 12:00 am

Washington's Manbij move serves two purposes: First, to maintain contact with Turkey, which changed the balance of power in Syria with the Afrin operation and secondly, to win back Ankara, which was pushed toward a partnership with Moscow

Let's start with a refresher. Unhappy with the partnership between the United States, a NATO ally, and the People's Protection Units (YPG), the terrorist organization PKK's Syrian branch, Turkey launched Operation Olive Branch on Jan. 20 to secure its southern border and prevent terror attacks against its citizens. The military incursion in Afrin has been underway for more than four weeks, during which over 2,300 terrorists were killed and the Turkish-backed forces claimed a 500-square-kilometer area. The residential areas liberated over the past month include Rajo, one of Afrin's largest urban centers. The Rajo offensive, which was completed within hours and zero civilian casualties, showcased the Turkish military's operational capabilities.

As the Turkish Armed Forces (TSK) and the Free Syrian Army (FSA) marched toward the heart of Afrin, Turkey announced that it was going to target Manbij next - which further strained the country's relations with the U.S. Currently, U.S. forces are stationed in Manbij, where they shelter YPG terrorists. In recent weeks, U.S. officials repeatedly called on Turkey to limit the scope of Operation Olive Branch and hinted that a Turkish offensive against Manbij was not welcome. Seeing that the Turkish government was committed to fighting terrorism next door, however, Washington tried to contact the Turks. Within days, U.S. Secretary of Defense Jim Mattis held talks with his Turkish counterpart and Secretary of State Rex Tillerson traveled to Ankara to meet President Recep Tayyip Erdoğan and Foreign Minister Mevlüt Çavuşoğlu.

Washington's diplomatic push served two purposes: First, to maintain contact with Turkey, which changed the balance of power in Syria by launching Operation Olive Branch and, ideally, influence operational decisions. Secondly, to win back the Turks, who were pushed toward partnership with Russia by Washington's misguided Syria policy.

According to sources, Turkish officials told Tillerson in no uncertain terms that the terrorist organization's presence in Manbij would be eliminated by all means. However, the Turks made Washington a fair offer, whereby the U.S. would ensure the YPG's withdrawal from the area and Manbij would come under the joint protection of Turkey, the U.S. and the FSA. Possibly surprised by the Turkish proposal, Tillerson reportedly failed to respond immediately. Speaking to reporters after the meeting, he recalled that Manbij was a strategically important area for the U.S. and added that Washington would like its allies to control it.

It would appear, however, that Tillerson spent some time thinking about Turkey's proposal. It remains unclear whether Washington has already responded to the Turks, but there are some strong signs indicating where the U.S. will land.

On Thursday, a senior U.S. diplomat had a meeting with some Turkish journalists. I was not present at this meeting, but I was able to obtain some information from my colleagues who participated.

Apparently, the U.S. diplomat sent some very positive messages to Turkey at the meeting. They reiterated the point that Washington's partnership with the YPG was purely tactical and added that the U.S. will cut support as soon as the fight against Daesh is over. "We don't refer to the YPG as our allies, because our ally is Turkey," they added. Finally, an important statement was made about Manbij.

According to my sources, Washington's new position in Manbij is as follows:

"We are committed to promises made earlier to Turkey regarding the YPG presence in Manbij. Certain security measures must be taken in Manbij, which has a large population. Somebody needs to ensure its safety. Our intention is that it's not the YPG that does it."

Needless to say, the U.S. official seems to have made an indirect reference to the Turkish proposal. All the Americans need to do now is to take some concrete steps.