Two strategic mistakes that cost the US in Syria 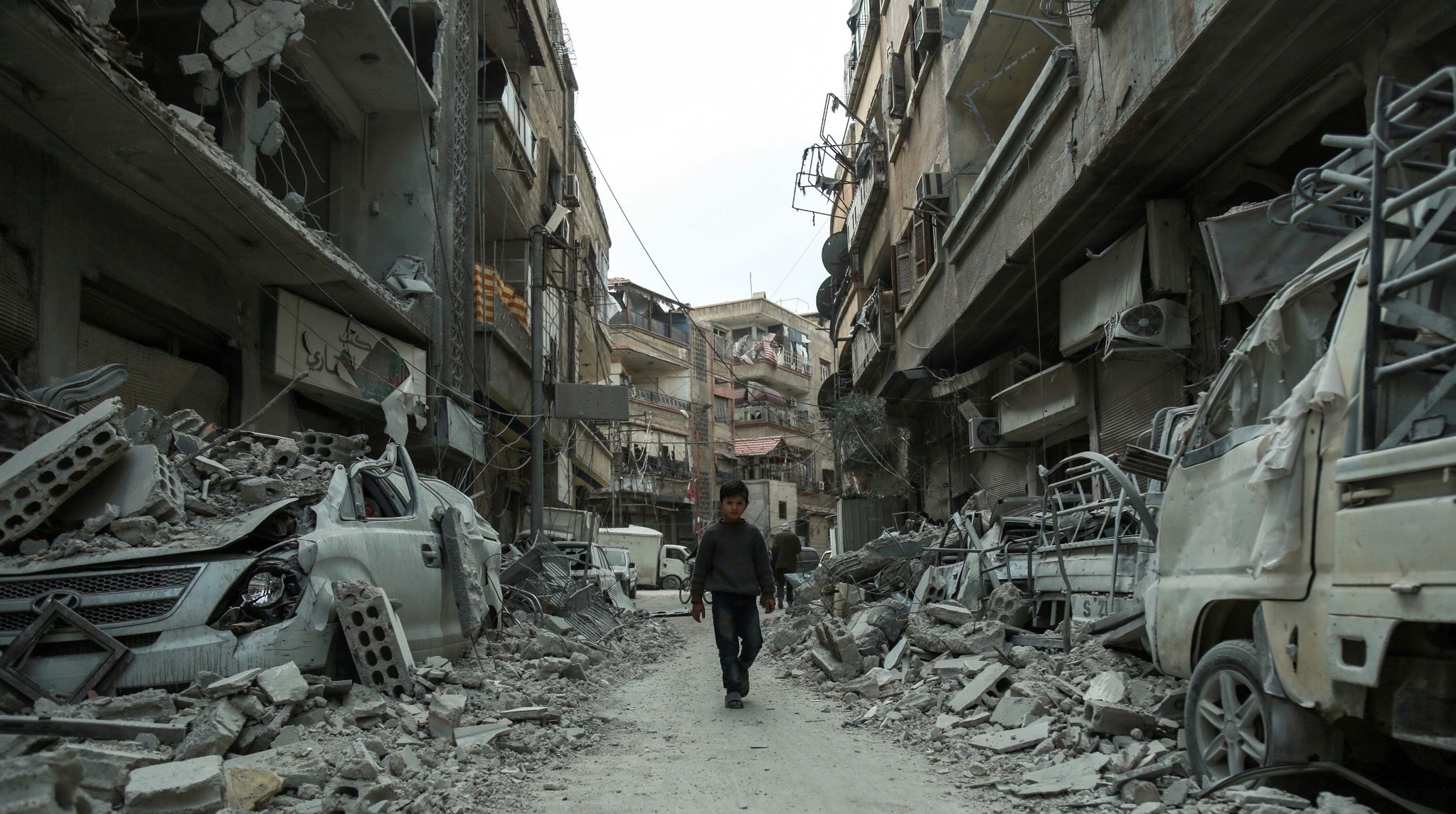 A child walks down a street past rubble from buildings destroyed by regime shelling in Douma, Eastern Ghouta, Syria, March 8.
by Yahya Bostan Mar 12, 2018 12:00 am

The U.S.'s failure to maintain the monopolar hegemonic order is leading the world to experience a deterioration period in global strategic struggles. It is also the reason the U.S. is being challenged by global powers such as Russia and China. U.S. citizens must be aware of this loss of power and thus they liked President Donald Trump's "Make America Great Again" slogan and voted for him.

The Syrian conflict is one apparent example of the U.S.'s loss of power. Washington couldn't generate effective policies for the Syrian crisis and accordingly lost its determining role in the region. As a country pretending to be a world leader, it could neither bring peace to Syria nor manage to take a good position on the ground. The U.S.-led Geneva negotiations remained incapable of contributing to the peace process in Syria.

Meanwhile, the Astana talks organized by Turkey, Russia and Iran came up with positive results. Thanks to the Astana process for example, some de-escalation zones could be formed in Syria, helping Syrians breathe a sigh of relief in some parts of the country.

There are two main strategic mistakes that caused the U.S. to lose its role and prestige in Syria. Firstly, Washington abandoned its moral principles. Both former U.S. President Barack Obama and President Donald Trump's administrations just sat and watched the Assad regime massacre innocent people in Syria. Although President Obama declared the use of chemical weapons in Syria as a "red line," he didn't play an effective role in the region.

The U.S. approached Syria not as a place to develop democratic traditions but as a part of power struggles. Ignoring the Syrian people's legitimate demands, he only focused on who will be the next ruler after Assad and didn't give sufficient support to moderate opposition groups, leading to a collision with Turkey. As a matter of fact, such a mistake by Washington started with its staying silent against the bloody coup in Egypt years ago.

The wrong way of doing things at the very beginning impelled the U.S. to make other mistakes. Washington ignored Turkey's good-willed warnings and chose a terrorist group as a partner in Syria. The PKK-linked People's Protection Units (YPG), whom the U.S. provided with support on the pretext of the anti-Daesh fight, might have contributed to the anti-Daesh fight in the short run. But the U.S. cannot keep asserting a position through the PKK/YPG, since the group constitutes one of the factors causing instability in the region. The terrorist group is both organizing attacks in neighboring countries and targeting the Arab, Turkmen and anti-PKK Kurdish groups in Syria, turning them into an object of hate.

Ankara, on the other hand, refused to remain silent to the terrorist group's attacks against Turkey and initiated Operation Olive Branch to that end. To put it otherwise, the terrorist group the U.S. partners with is bringing an extra cost to the U.S. with its attacks targeting neighboring countries. This cost is confronting Turkey, a NATO member and one of the most influential actors in the region.

Operation Olive Branch, kicked off by Ankara, also demonstrated that the terrorist group is quite weak in the face of a strong regular army. Before the operation enters its second month, the city center of Afrin has already been besieged and many villages have been purged from the terrorist group, so the training and equipment provided by the U.S. were of no use.

It is evident that several operations in Manbij and some other regions will follow Operation Olive Branch. At this point, the U.S. will have an opportunity to make up for the strategic mistakes it previously made. It is obvious what the U.S. must do to reclaim its influence in Syria and the region. The country must keep its distance from terror groups and respect its NATO ally Turkey's security concerns, which will lend an impetus to the Turkey-U.S. relations. The U.S.'s presence in Syria is almost impossible without Turkey's support.