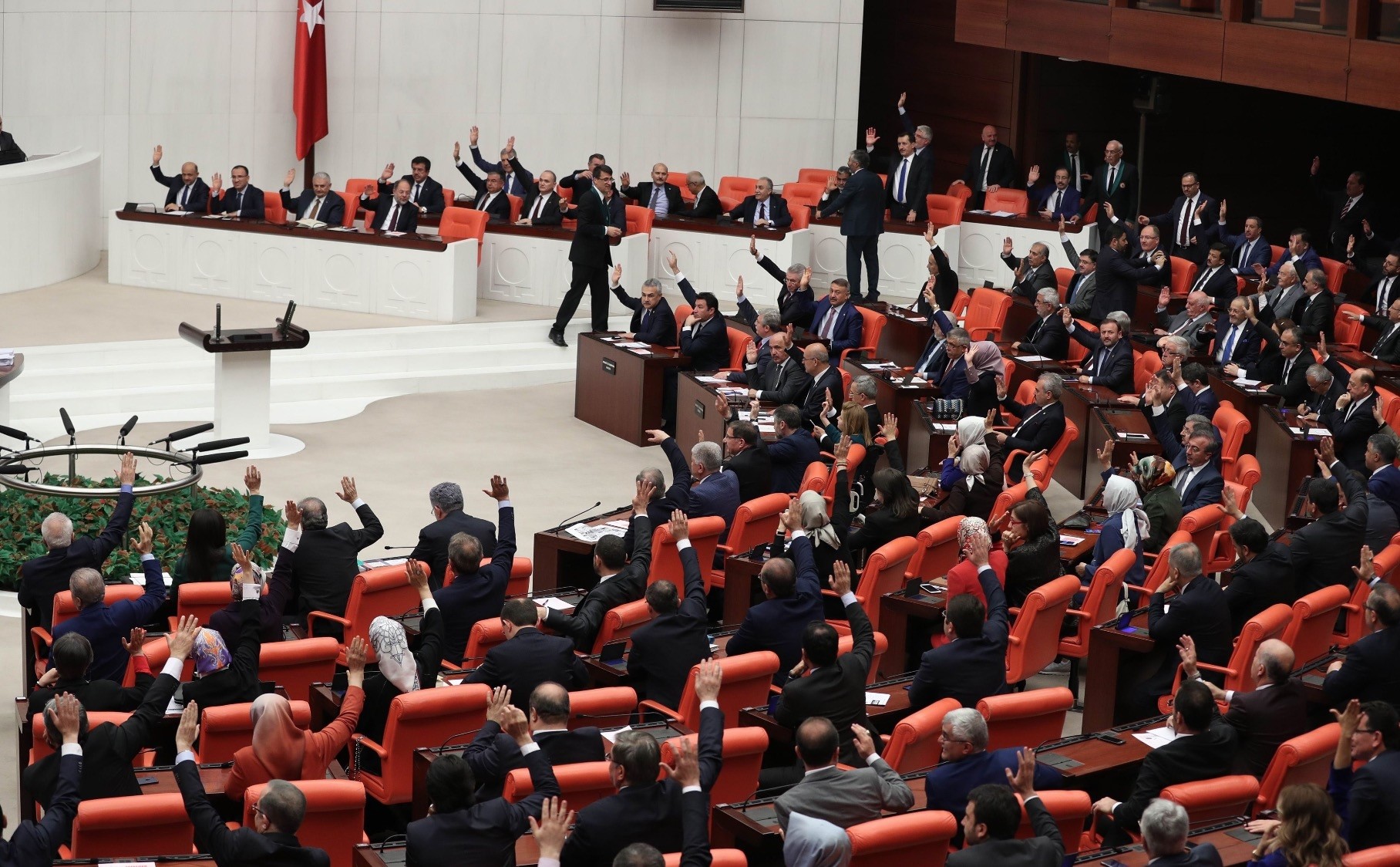 Turkish deputies take part in a vote for the proposed early presidential and parliamentary elections during the general assembly of Parliament, Ankara, April 20.
by Yahya Bostan Apr 23, 2018 12:00 am

There are many competing answers to those questions, but I would like to identify the most popular responses. Turkey's decision to hold early elections reflects a number of major problems with the existing political system. Let me explain: On April 16, 2017, the Turkish people overwhelmingly voted in favor of constitutional amendments including the introduction of a presidential system of government. The new system was expected to become operational following the November 2019 elections. As such, the transition to presidentialism would have taken over two years, which is a long time by Turkish standards. Against the backdrop of major developments and security threats in the Middle East, staying on the fence for a long time was problematic for Turkey. As a matter of fact, this was the reason why MHP, an opposition party which supported the AK Party government following the 2016 coup attempt to ensure that Turkey could respond to pressing challenges, called for early elections in the first place. It was noteworthy that Mr. Bahçeli made references to the situation in Syria when he called for a transition to the presidential system without further delay.

Needless to say, this decision was also informed by Turkey's long-term counterterrorism strategy. Having taken the fight against terrorist groups to Syria by carrying out operations Euphrates Shield and Olive Branch, Ankara now seeks to remove terrorists from a broader area stretching from the Qandil mountains to the Euphrates River. Although the Turks are talking to the United States about the PKK's withdrawal from Manbij, Ankara hasn't abandoned its goals on the ground. As of today, Turkish troops are fighting terrorists up to 50 kilometers south of the Turkey-Iraq border. Their mission is to create a terror-free zone in Northern Iraq and, going forward, eliminating the PKK presence in Qandil. At a time when Turkey conducts major counterterrorism operations, it does not want to carry the dead weight of the old political system. Turkish voters want to expedite decision-making processes and complete the transition to presidentialism.

So why will early elections take place so soon? Critics argue that the government wanted to catch the opposition by surprise. To be clear, this is an unreasonable line of criticism because all political parties must be prepared for elections at all times under democratic systems. Opposition parties, in particular, should be in favor of elections because they want to come to power without delay. In this sense, it is only reasonable to assume that opposition parties will be ready for elections. This is how democracy works across the world.

To be clear, this is indeed what happened in Turkey. Until recently, there was no talk of early elections but all political parties seemed to work as if they were on the campaign trail. In this sense, the AK Party and the MHP formed the Popular Alliance. The main opposition Republican People's Party (CHP) likewise held a series of talks to form an electoral alliance. In addition to meeting representatives from the Felicity Party (SP), it talked to other movements behind closed doors. Finally, CHP chairman Kemal Kılıçdaroğlu announced that he knew about early elections and took necessary steps in advance.

Keeping in mind all of the above, it becomes clear that Turkey will hold early elections in order to transition to a strong system of government without delay. Judging by the opposition's statements, all players are ready for a fight on June 24.