A new chapter in Turkey-Germany relations 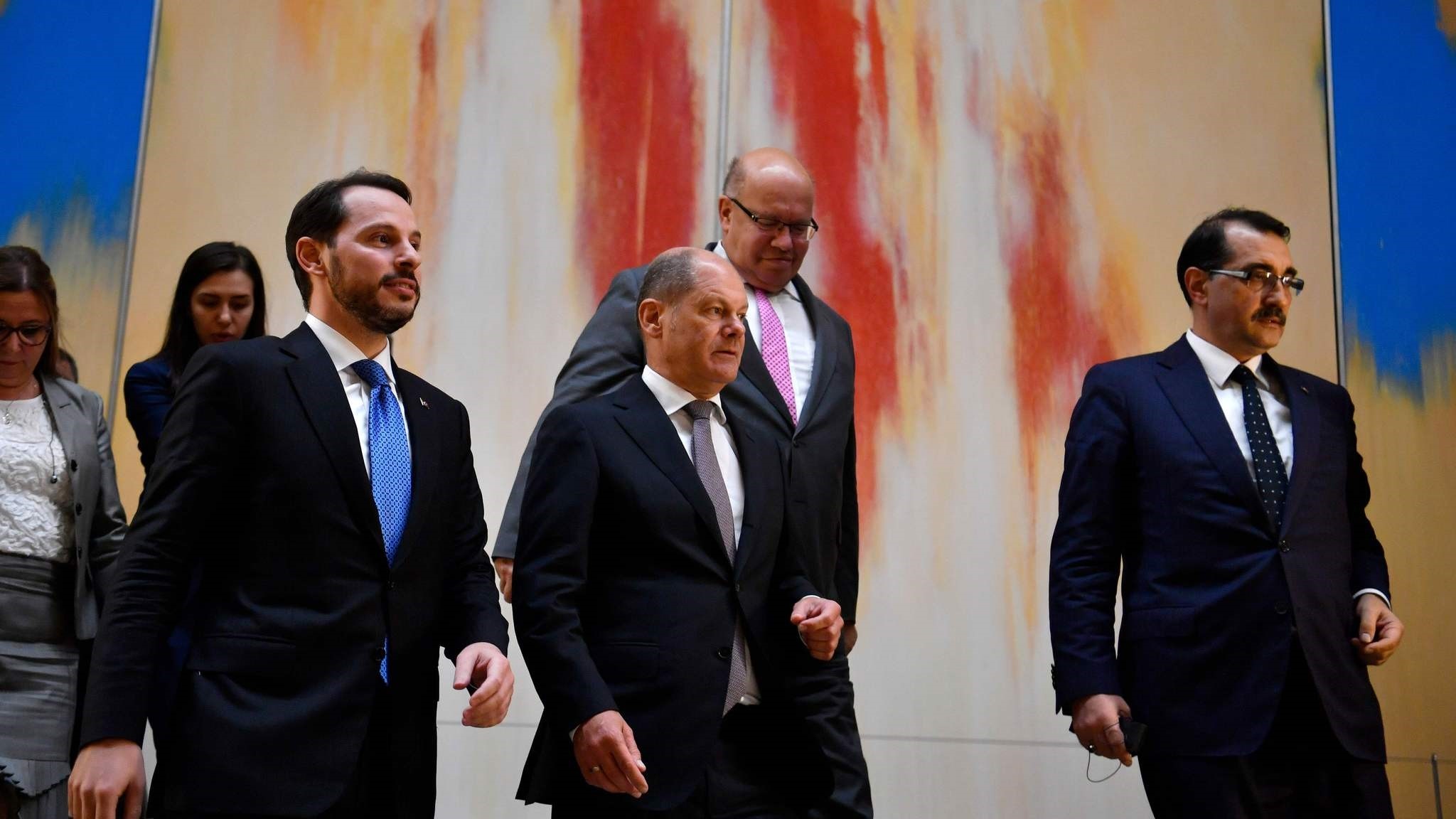 There are major changes underway in Turkey-Germany relations, which had been strained for a long time. Berat Albayrak, the Turkish treasury and finance minister, announced during a recent visit to Berlin that the two countries were starting a new chapter. After making a stop in the United States to address the United Nations General Assembly, President Recep Tayyip Erdoğan will travel to Germany and meet Chancellor Angela Merkel.

Both governments are making a clear effort to repair their relationship and take it to the next level. There are obvious disagreements on a variety of issues, but they do not stop Turkish and German diplomats from holding talks. In today's column, I will discuss what brings the two countries together, shed some light on their agendas and share some background information.

What motivates Turkey and Germany to repair their relationship are common threats, including the problem of illegal immigration that violent conflicts aggravate. Yet the refugee crisis alone cannot account for what is happening. After all, illegal immigration fueled by the Syrian civil war has been an issue for no less than five years. There is another issue that compels the two countries to work more closely together: The U.S. trade wars, which took a toll on global stability, and the potential impact of Washington's Iran sanctions on both economies. As such, Turkey and Germany want to cooperate against mutual threats. Hence, the significance of the Turkish president's upcoming visit to Germany, where he will be accompanied by his ministers of treasury and finance, the interior, defense and the head of the National Intelligence Organization (MİT).

The list of ministers makes it possible to identify some of the most pressing problems. First, Germany remains a safe haven for the Gülenist Terror Group (FETÖ) operatives who fled Turkey. The government in Berlin has granted asylum to an estimated 1,000 Gülenists subject to outstanding arrest warrants in Turkey. Although the Turkish authorities made repeated attempts to secure Berlin's support on this issue, Germany's response has not been in line with the spirit of friendship. Although the German government took some steps recently to crack down on the designated terrorist organization PKK, there has been no movement regarding FETÖ.

A June 2018 report by the German Ministry of Foreign Affairs was an exception, as it formally acknowledged the links between what it calls the Gülen movement and the July 15, 2016 coup attempt in Turkey. Some believe that the report was an indicator of Germany's changing attitude towards the group. Yet, the German authorities have not yet taken any concrete steps to bring the individuals in question to justice. Turkish officials maintain that the extradition of Adil Öksüz, one of Fetullah Gülen's lieutenants who was caught at the coup plot's command center before escaping under suspicious circumstances, would go a long way. The Turkish Justice Ministry, which sent repeated requests to the German authorities regarding Öksüz, now prepares to send a new batch of documents to Germany in an attempt to secure the coup plotter's return.

As a matter of fact, terrorist groups, such as FETÖ and the PKK, have been at the heart of many of Turkey's problems with Germany in recent years. At the same time, there are some questions related to the defense industry: Germany imposes certain restrictions on the export of defense products to Turkey, but that problem isn't impossible to solve, since the Turkish government lifted the state of emergency, reconvened the Reform Action Group after a four-year pause and launched legal efforts to meet visa liberalization criteria. Those positive steps were welcomed by the German government, which stepped up its diplomatic and economic relations with Turkey.

To summarize, Turkey and Germany need each other more than ever as the United States wages a trade war against the rest of the world, threatens some of its key allies, including Canada and the European Union, and imposes sanctions on Iran to fuel global instability – just as immigrants move en masse to the West. Under the circumstances, Erdoğan's upcoming visit to Berlin will mark the beginning of a new chapter in bilateral relations. This rapprochement is important not just for Turkey and Germany but also for future regional developments.