The world isn't laughing with the US 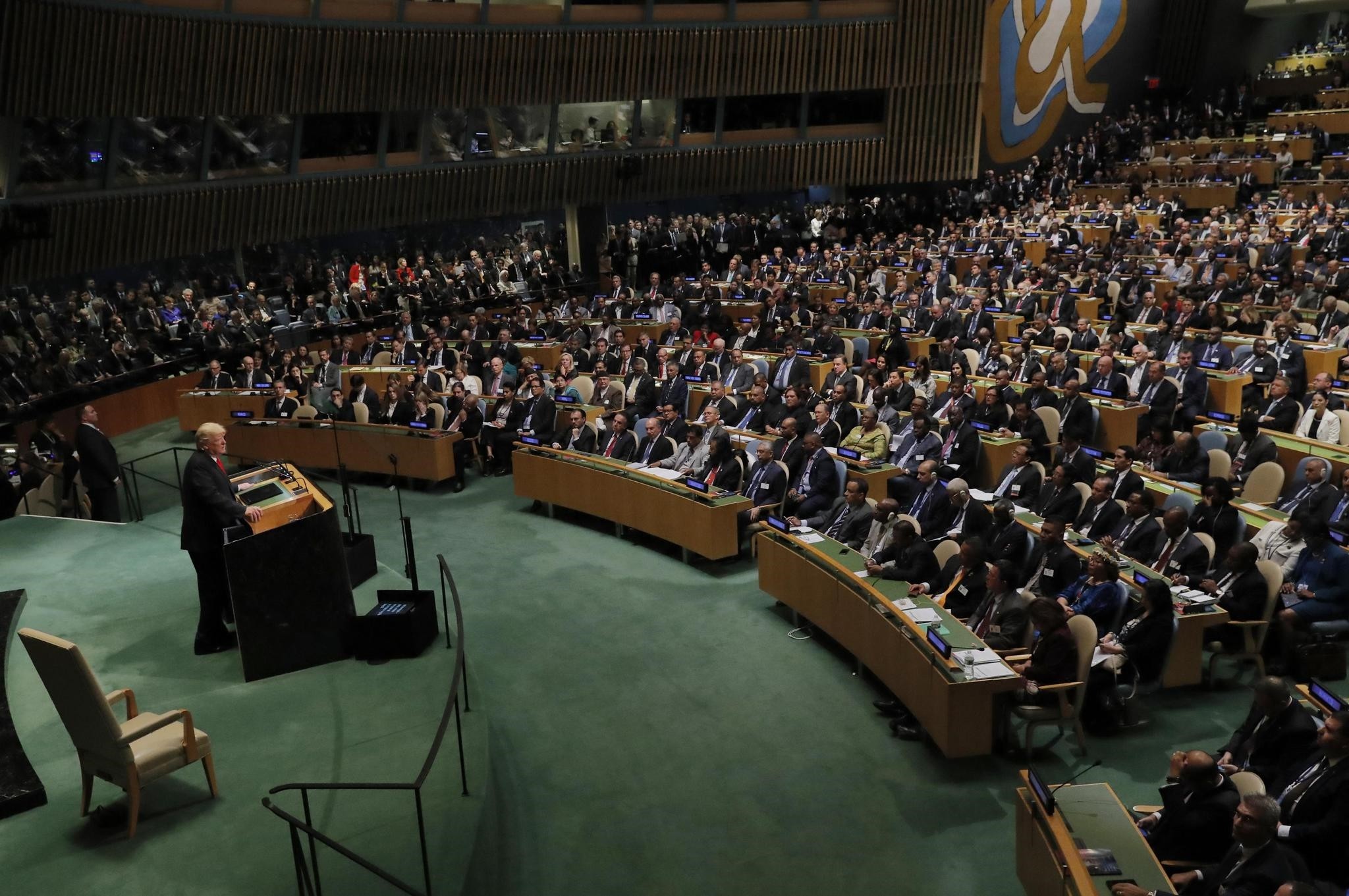 By implementing misguided policies the U.S. continues to increase its number of rivals in the increasingly fragmented geopolitical space, even as it loses key allies

The most interesting part of last week's speeches at the United Nations General Assembly was U.S. President Donald Trump's address, which will be remembered as his challenge to the world. Yet it wasn't so much the messages that Trump tried to get across that were remarkable. It was how world leaders laughed at the U.S. president when he claimed that his administration had been more successful than any other in history. In other words, the U.N. General Assembly responded to Trump's strong messages with mockery. Never had something like this happened to a U.S. president in front of the entire world. This incident will no doubt have certain psychological repercussions that will take their toll on U.S. hegemony.It seemed that Washington's unsettling policies were carefully placed in various parts of Trump's speech.

The U.S. president reiterated his commitment to trade wars and pledged to cut his country's ties to international bodies, including the International Criminal Court and the U.N. Human Rights Council. Adding that he rejected the idea of globalization, Trump announced his decision not to comply with the Global Compact for Migration. Effectively, the United States declared that it was no longer bound by international rules, that it would no longer assume responsibility for humanitarian issues, and that it would continue its trade wars against China and the European Union. After providing a list of unilateral steps that he intended to take, Trump urged all other countries to respect Washington's sovereignty – a nice way of saying "hegemony."

Trump's emphasis on U.S. sovereignty wasn't random. When the Cold War ended, the bipolar world order was replaced by U.S. domination. Major changes have since taken place, however, to make it possible for emerging global players and regional powers to challenge Washington's power. This issue has been the subject of a long-standing academic debate. Charles Kupchan's "No One's World: The West, the Rising Rest and the Coming Global Turn" is a case in point.

Today, the United States continues to increase the number of its rivals in the fragmented geopolitical space by implementing misguided policies and loses some key allies. As a matter of fact, the countries that Trump mentioned by name could give us an idea of whom Washington considers an ally: Israel, Egypt, Jordan, Saudi Arabia and the United Arab Emirates (UAE). Having thanked Jordan for alleviating the refugee crisis, the U.S. president wittingly refrained from talking about Turkey, which is home to some four million refugees.

By contrast, Trump called countries that have had certain disagreements with the United States to respect his country's sovereignty. Ironically, Washington's policies brought together a large number of players with disagreements among themselves. Today, countries like Canada, China, Russia, Germany, Turkey and Iran are looking for ways to counterbalance U.S. power in the world. The Turkish government's most recent efforts to repair its relationship with Germany and cooperate with Moscow on strategic matters, along with growing tensions between China and the United States, are parts of the same trend. World leaders, who laughed at Trump's remarks at the United Nations, are closely monitoring emerging partnerships and they do not go to great lengths to hide their frustration with the Trump administration.

We find ourselves at a critical juncture for the future of the world and the United States. Judging by the firm commitment of U.S. policymakers to misguided policies that alienate Turkey and other American allies, Washington doesn't care anymore. At this point, the Trump administration's decisions amount to strategic ignorance. One day, American diplomats will have to work very hard to reverse the losses that their country incurs now.