Donald Trump, immigrants and the age of selfishness 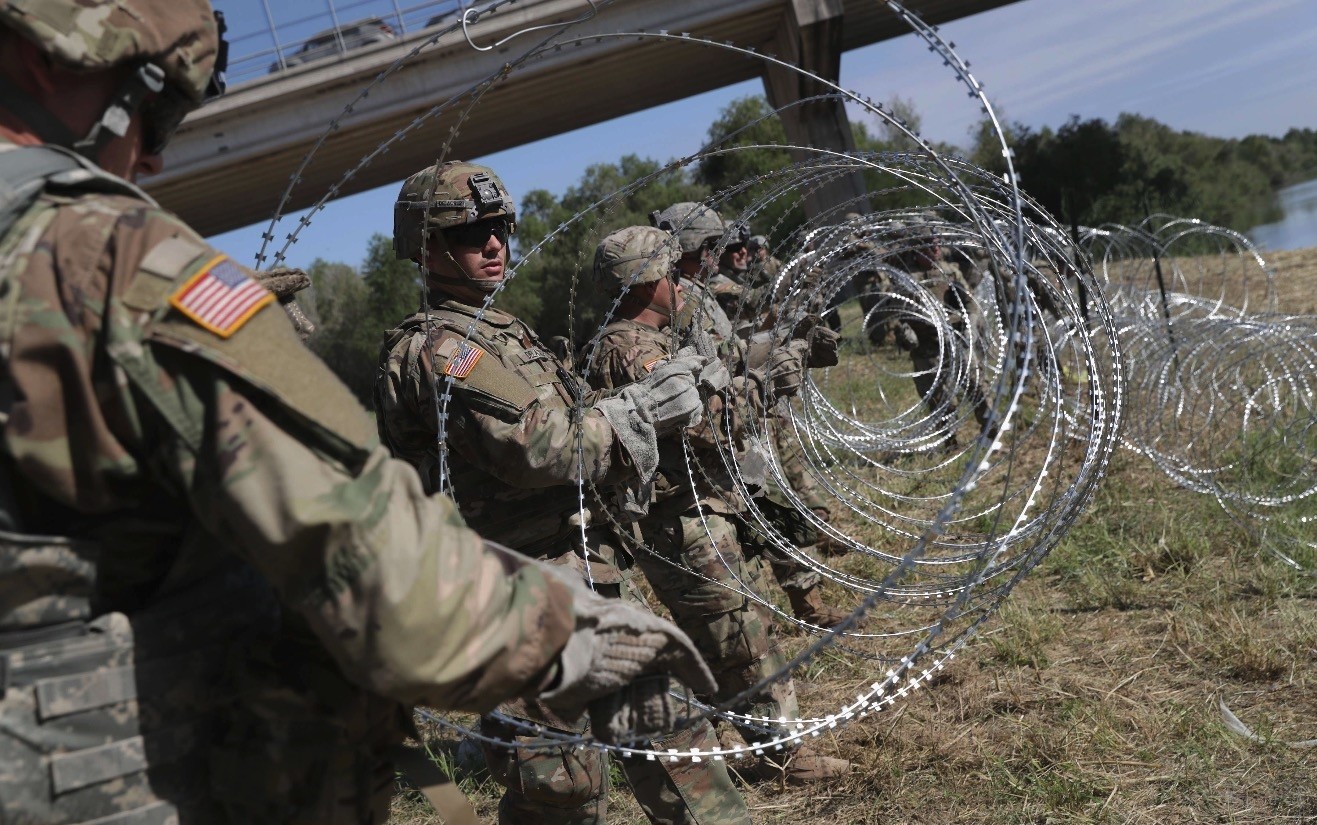 U.S. Army active-duty troops install protective wire along the Rio Grande at the U.S.-Mexico border as part of President Trump's recent order on the migration issue, in Hidalgo, Texas, Nov. 2.
by Yahya Bostan Nov 05, 2018 12:00 am

President Trump's recent decision on immigrants is a part of the new, more selfish world order where no one cares about ethics or values

While Turkey's neighborhood was busy with the murder of journalist Jamal Khashoggi inside the consulate of Saudi Arabia in Istanbul, up to 1,500 migrants have embarked on a long journey across the Americas. The so-called migrant caravan, which includes asylum seekers from Honduras, Guatemala, El Salvador and other Central American countries, has been traveling north for weeks. Their goal is to escape poverty and violence in their native countries by crossing the United States-Mexico border and requesting asylum from Washington.

Plenty of photographs of the caravan's march for hope recently hit the wires. To be honest, those pictures look like stills from a dystopian movie – a reminder of the world's crudeness, unfairness and scariness. They show a large, hopeless crowd trying to reach richer, more prosperous lands. Many members of the group appear to be women and children. It seems that they are in need of financial support and medical attention. Having lived under harsh conditions, the migrants have clearly faced difficulties during their long march.

Yet the world did not start paying attention because of those shocking images from the road. It was U.S. President Donald Trump's recent statements about the migrant caravan. The White House unequivocally opposes attempts by those migrants to enter the United States. To legitimize its position, the Trump administration has claimed that the caravan included criminals. In recent days, Trump deployed the U.S. military to the border. The number of troops could reportedly reach 15,000. Trump suggested that soldiers might open fire on immigrants for throwing stones at them. Unfortunately, many Americans –not even Democrats and

Independents— have been adequately critical of the administration's carelessness. Some opinion polls indicate that the majority of Americans agree with Trump's response to the migrant caravan.

What does all this mean? We live in an age of selfishness. The international community is on the verge of collapse. International organizations have been significantly devalued. Global rules, political ethics and ethical rules have been gutted. Certain developments, which would have shocked the world just 10 years ago, have become commonplace. Trade wars, economic isolationism, increased military spending and the weak response to journalist Jamal Khashoggi's murder are all reflections of the selfishness of this age – an era of neo-Machiavellianism.

To be clear, neither Donald Trump nor the United States are exclusively to blame. Critical minds have an obligation to call it as they see it. Just look at Europe: Many Europeans moved heaven and earth to prevent a handful of Syrian refugees from coming to their countries. Recall that a rescue boat filled with hundreds of refugees was stranded in the Mediterranean sea because no country or port was willing to accept it. Remember how Greece deployed naval vessels to sink dinghies carrying refugees by piercing holes in them, leaving thousands of people to drown in the cold waters of the Mediterranean and Aegean seas. Let's not forget that the French police dismantled the country's largest makeshift refugee camp in Paris and forced thousands of immigrants to leave earlier this year. Recall the Europeans embraced right-wing extremists and xenophobia when they encountered an influx of refugees. And remember how the European Union did everything in its power to avoid assisting the efforts of Turkey – which has been taking care of over three million Syrian refugees for years. Under the circumstances, is there no one else to blame but Donald Trump and the United States?

We live in an age of depression where ethical values go to die. The world's developed nations are treating their former colonies unkindly and selfishly. To add insult to injury, they do not seem to mind. There is no reason to believe that they will change their ways.