To avoid harm, Washington must pull US troops from northern Syria 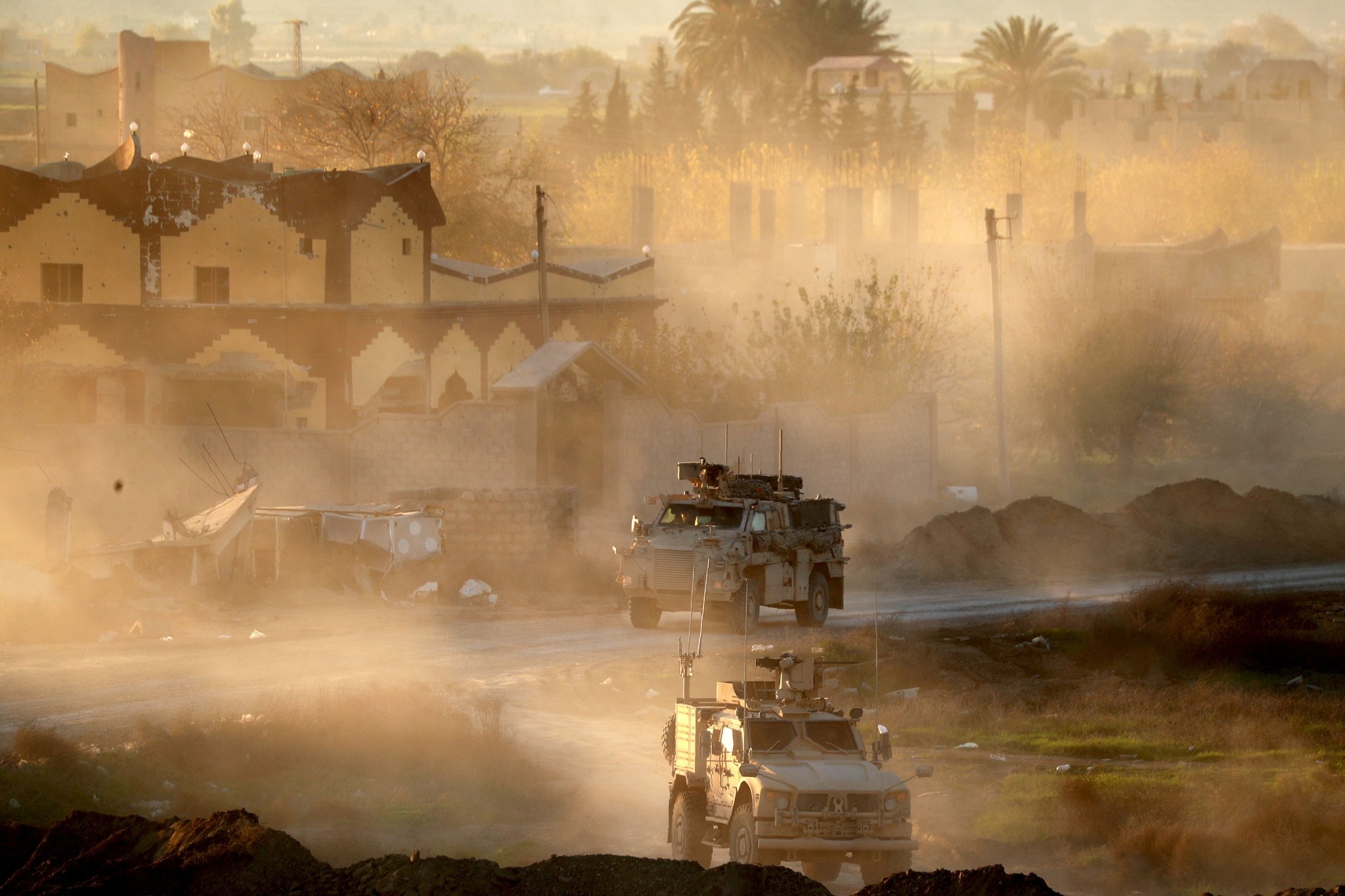 U.S. troops should withdraw from northern Syria in order to prevent a possible confrontation with the Turkish army, as Ankara is determined to complete its fight against terrorism in the region

Turkey is getting ready for a new military incursion into northern Syria. When the country's first ground offensive in 2016 targeted Daesh , the entry point was the town of Jarabulus. Operation Euphrates Shield resulted in the liberation of al-Bab, one of the organization's major strongholds. The success of that operation effectively neutralized the Daesh threat against Turkey. There have been no major Daesh attacks since January 2017.

Yet the terrorist organization PKK and its Syrian component, the YPG, continue to threaten Turkey's national security from their safe havens in northern Syria. Over the course of three decades, the organization claimed tens of thousands of casualties on Turkish soil. PKK militants carried out numerous terror attacks against civilian targets in urban areas. In March 2016, the group detonated a car bomb near a bus stop in the main public square in Ankara, killing dozens of people. That the attackers were often radicalized and trained in Syria, not just within Turkey's borders, showed that the organization had set up shop next door.

In response to those threats, Ankara drew up long-term plans to undermine the organization's power and drive it out of northern Syria. The first step was to launch a ground offensive against terrorists in Afrin, a city in northeastern Syria. Officially called Operation Olive Branch, the operation ended quite quickly, as the area came under the control of Turkish-backed moderate opposition. In the wake of that development, Turkey and the United States began to negotiate the PKK's withdrawal from Manbij. Although the parties made some progress, Washington hasn't yet met Turkey's demands.

Simultaneously, Ankara turned its attention to the area east of the Euphrates River. At a meeting of the National Security Council last month, the country's leadership gave the green light to an incursion into hotbeds of terrorism in that area. Last week, President Recep Tayyip Erdoğan shared that decision with the public, announcing that the operation would begin "within days."

All eyes are now on the Turkish Armed Forces (TSK). Many wonder where and when Turkey will strike.

The Turkish military's combat plan covers the entire area controlled by the terrorist organization PKK and its Syrian component. That area spans across the Turkish-Syrian border from the Euphrates River in the west and Syria's border with Iraq in the east. It is no secret that certain parts of northern Iraq are under PKK control as well. Hence Turkey's decision to launch airstrikes against Camp Mahmour, the organization's long-standing forward base in Iraq, just as everyone anticipated troop deployment to northern Syria.

Yet there are some priority targets within that large area. According to sources familiar with Turkey's military strategy, the TSK will concentrate their efforts on parts of northern Syria, from where the terror threat emanates. On Thursday, PKK/YPG militants carried out an attack against Turkish troops in Afrin, killing a 25-year-old soldier. At the same time, the group attempted to attack the former Daesh stronghold of Jarabulus. Sources believe that the pending Turkish operation will target areas where those plans were hatched and implemented. Another priority will be to seize control of Syrian towns formerly controlled by Daesh terrorists, where PKK/YPG militants impose their radical ideology on the local population, promote demographic change and even banish Syrian Kurds who do not share their views.

Others are curious about the timing of the incursion. As mentioned above, President Erdoğan indicated that it was imminent. Sources familiar with preparations for the operation say that the military has been going over combat plans for months and can strike when it gets the green light. Provided that operations Euphrates Shield and Olive Branch kicked off when least expected, the Turkish government will presumably give the order to strike at will again.

Here's another important point though: According to information available to the Turkish government, there are a large number of U.S. military bases and checkpoints scattered across northern Syria. Their numbers soared to 19, a senior Turkish official said, and Ankara knows exactly where they are. The obvious questions are whether the Turkish incursion will put U.S. troops in harm's way and if the two NATO allies could find themselves on opposite sides of a hot conflict. Obviously, the Turks will inform the United States when the operation begins and urge U.S. officials to keep their troops away from the combat zone to avoid any problems. Yet much takes place amid the fog of war, so it's best to keep all possibilities in mind: PKK terrorists could attack Turkish troops from the vicinity of U.S. troops and the American forces could be hurt by Turkey's retaliatory strikes. In other words, the militants could do everything in their power to start a hot conflict between Turkey and the United States. As the Turkish president clearly said, the pending incursion will target members of a designated terrorist organization, not U.S. servicemen. Yet Washington has a responsibility to accurately analyze efforts by that organization to drive a wedge between the two NATO allies.

Provided that Turkey is determined to strike the PKK terrorists in northeastern Syria over the next days, the best course of action for the United States is to relocate its military and civilian personnel to the south.