Psychological warfare in the Persian Gulf 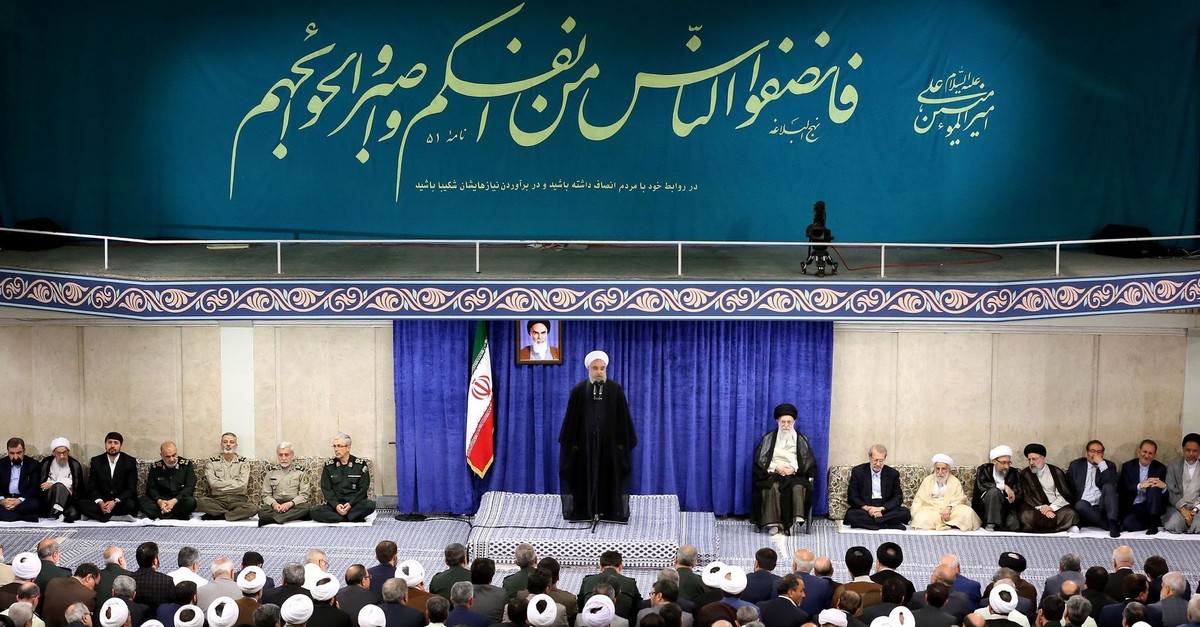 The U.S. and Iran remain unlikely to use military force against each other. What we are witnessing is an act of psychological warfare intended by both sides to push back against their opponent

Escalating tensions between the U.S. and Iran captured the world's attention last week, as strongly worded statements were followed by a series of diplomatic and military measures. The situation in the Persian Gulf raised questions about the likelihood of military confrontation. Here's a quick recap of recent tensions between the two nations: Washington's economic sanctions against Iran came into force as the Trump administration allowed oil trade waivers for eight nations to expire on May 2. Tehran responded six days later by suspending parts of the nuclear deal. On May 13, Saudi and Emirati oil tankers became the target of a sabotage attack in the Persian Gulf – which the U.S. and the relevant Gulf states blamed on Iran.

At the same time, U.S. officials leaked intelligence reports to the press about an Iranian plan to attack American targets in Iraq and elsewhere. According to media reports, Gen. Qasem Suleimani, the commander of Iran's paramilitary forces, instructed members of the Hashd al-Shaabi group to "get ready for proxy war."

The U.S. media reported that the White House had obtained images purporting to show Iranian missiles being deployed to the Gulf. Yet British Maj. Gen. Chris Ghika, deputy commander of the Combined Joint Task Force, criticized the U.S. position by saying that there was "no increased threat" from Iranian-backed forces in Iraq and Syria against the U.S. forces.

Saying that Ghika's claim was not in line with intelligence reports, the Americans promptly rebuffed the critics. The New York Times reported shortly afterward that the Trump administration was preparing to deploy 120,000 troops to the region, a claim U.S. officials denied. Nonetheless, the U.S. has already dispatched aircraft carriers and bombers to Iran's neighborhood.

European and Middle Eastern nations expressed concern about the most recent developments. The U.S. State Department ordered all nonessential personnel to leave that country's embassy in Iraq. Germany and the Netherlands responded by suspending military training activities in Iraq. The U.K., too, elevated the threat level against all personnel in the country. According to reports, ExxonMobil has begun to withdraw its employees from Basra, Iraq due to escalating tensions in the Gulf. Finally, Bahrain ordered its citizens to leave Iran and Iraq immediately.

Against the backdrop of those steps, statements from both sides have contributed to further escalation. U.S. President Donald Trump said he hoped that there would be no war with Iran, but warned that the U.S. military was on high alert.

Javad Zarif, Iran's foreign minister, told reporters that his country did not want war, yet the Iranian Revolutionary Guard Corps (IRGC) announced that they were ready for battle. Russian President Vladimir Putin, who criticized Iran for suspending the nuclear deal, warned that Moscow was not a "fire brigade" that could put out fires everywhere. The list goes on.

Those developments deepen concerns about a military confrontation in the Persian Gulf. Yet what we have seen thus far is merely propaganda – a byproduct of psychological warfare between the two sides.

Washington has been speaking harshly mainly due to John Bolton's current role as national security adviser. It is no secret that President Trump is not on the same page as Bolton when it comes to war with Iran. Moreover, the Trump administration needs Senate approval to use force. Given the U.S. public's serious doubts about another military adventure in the Middle East, even Trump's allies on Capitol Hill are opposed to further escalating tensions with Iran. The steps that Washington has already taken, therefore, are intended to keep Tehran under pressure and renegotiate the terms of the Iran nuclear deal. At the same time, the U.S. wants to limit that country's influence on Hezbollah and Hasdh al-Shaabi among other groups. Finally, the Trump administration hopes to keep other Gulf states in line by threatening Iran with a big stick.

Under the circumstances, how do we make sense of Iran's strongly worded statements? The Iranians know that this is merely a negotiation and seek to strengthen their hand accordingly. Crumbling under an economic embargo, Tehran is unlikely to launch a new proxy war against the U.S. in the region. Let us recall that Iran, which had no problem with using force against innocent civilians in Syria, did not respond to an Israeli attack against the IRGC in Damascus.

Simply put, the U.S. and Iran remain unlikely to use military force against each other. What we are witnessing is an act of psychological warfare intended by both sides to push back against their opponent.