What is Turkey's post-election agenda? 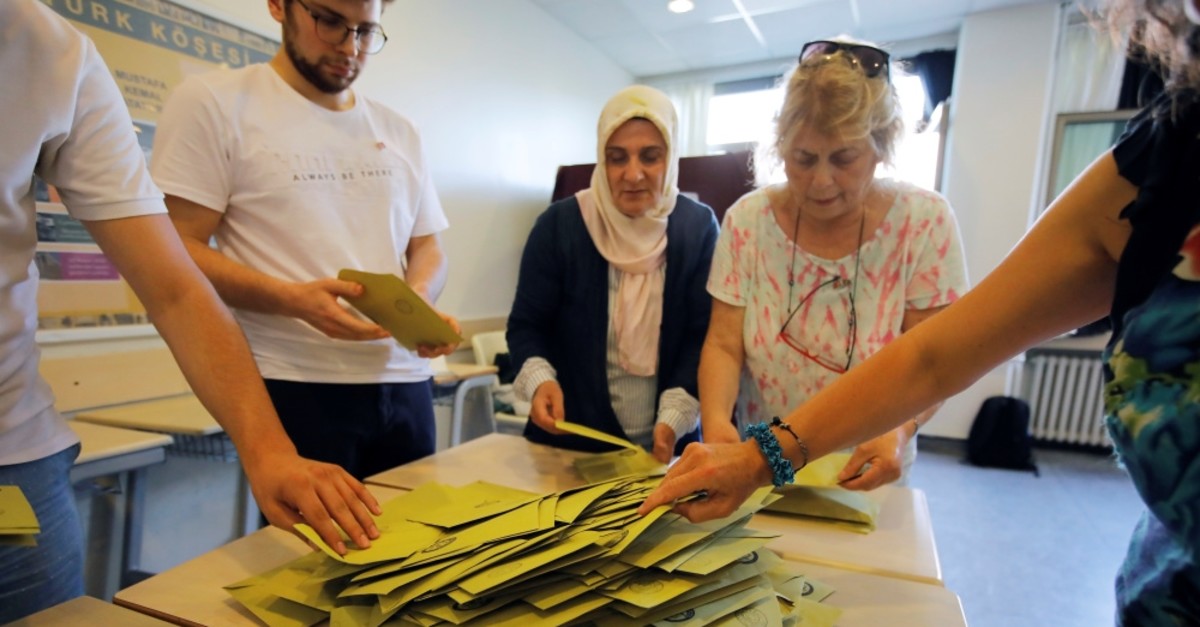 With the Istanbul election behind us, there are no elections scheduled for another four years in Turkey and this is a great opportunity for the country to focus on both domestic and foreign problems

The rerun of Istanbul's mayoral vote has concluded the municipal elections. Ekrem İmamoğlu, who ran on the Nation Alliance's card, won the race. Yesterday's election took place with the utmost respect to Turkey's democratic traditions and in a responsible manner. The people of Istanbul spoke their minds, and Binali Yıldırım, the People's Alliance candidate, congratulated his opponent in a televised statement.

With the election behind us, Turkey will concentrate on the real issues. There are no elections scheduled for another four years. During this period, the country will have to address a number of crucial problems. Although U.S. officials assume that the S-400 air defense system's procurement will be at the top of Ankara's agenda, this is not the case.

To be clear, we will spend plenty of time talking about the S-400 deal. Ankara did not walk back on an earlier agreement with Russia despite U.S. pressure and concluded the purchase. Some of the system's components will be delivered and installed in the coming days. Washington threatened sanctions against Turkey to kill the S-400 deal. Such measures would undoubtedly harm Turkey-U.S. relations. Yet the United States would be mistaken to think that the Justice and Development Party (AK Party) government alone backs the S-400 agreement. Many patriots, including President Recep Tayyip Erdoğan's opponents, have thrown their weight behind this deal.

For example, the Kemalist-leftist president of Turkey's Bar Association, Metin Feyzioğlu, issued a statement on Ankara's plan to purchase the S-400 system together with retired soldiers, stressing the legitimacy of the Turkish decision and urging the government to stick by the agreement. The following remarks by a retired admiral, who was in the audience, reflected the sentiment of Turkey's opposition: "Will Turkey's problems with the U.S. go away if it aborts the S-400 purchase? Is the S-400 our only problem with the United States? No. The S-400 issue is a by-product of our existing problems with the U.S. We have far more serious problems with the United States. The U.S. continues to support the PKK terrorist organization in northern Syria. The U.S. continues to view Fetullah Gülen as a clergyman. The United States won't revisit its position on those issues. Therefore, it would be wrong to backtrack on the S-400 deal."

The distribution of the Eastern Mediterranean's energy resources is the real issue on Turkey's agenda. Like the S-400 procurement, the Turks see this question as a matter of national sovereignty and independence. The entire country is behind the government on those issues. Everyone is prepared to leave aside their differences on them.

Here's the outline of the situation in the Eastern Mediterranean: The Greek Cypriots, Greece, Israel and Egypt, attempted, under U.S. coordination, to divide up the energy resources around Cyprus. Turkey responded by following suit and dispatching research and drilling vessels in order to protect the rights of the Turkish Cypriots and itself on those resources. Last week, a second vessel left Turkey to drill off the coast of Cyprus. Threatening to issue an international warrant for the arrest of crew members aboard the Turkish vessels, the Greek Cypriots escalated tensions in the region. The Turks made it crystal clear that they won't be robbed of their rights in the Eastern Mediterranean. They are prepared to back it up with action.

The third and final item on Turkey's post-election agenda is the economy. Over the next four (election-less) years, Ankara will look for ways to restabilize the Turkish economy. In addition to implementing structural reforms, the government will seek to shelter Turkey from international crises.

Turkey has a window of opportunity to promote stability at home. I am confident that it will seize it.