A Turkish diplomat's assassination and Ankara's war on terror 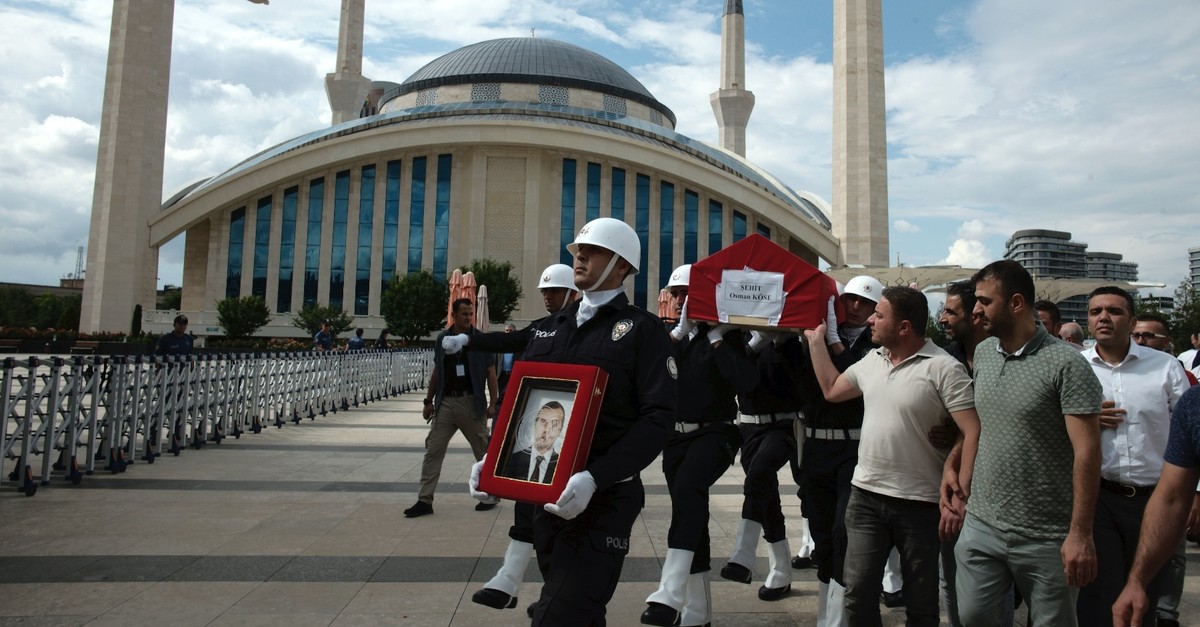 Osman Köse was a 39-year-old Turkish official and a father of two. A bright diplomat, he was known for his devotion to his family and children. His skills had made Köse a popular figure in the diplomatic community. His colleagues believed that he would rise through the ranks quickly to represent Turkey successfully in the future. A few months ago, Köse was appointed to Turkey's Consulate in Irbil, Iraq. One day, he left the building for lunch and headed to a local restaurant that he frequented. Little did Köse know that he was being watched. When Osman Köse found himself a spot at the restaurant, two men sat at the next table and another man at the table across. Köse, a diplomat, had never even thought of carrying a firearm at any point in his life.

The men seated around him, however, were terrorists in plain clothes. They carried weapons with silencers. As the young diplomat walked toward the cash register to pay for his meal, one of the assailants approached him from behind and shot him in the head. Before long, it became clear that members of the PKK terrorist organization were responsible for the assault. The group targeted an unarmed Turkish citizen not in Turkey or northern Syria, but at one of the safest parts of Irbil. This was an unmistakable threat.

Osman Köse shared the fate of thousands of other Turkish citizens whom the PKK terrorists have killed over the years. Turkey has been conducting counterterror operations at home and abroad for years. Significant progress has been made, as the security forces have largely eliminated domestic terrorists. Yet the PKK remains active in Qandil, Iraq and northern Syria.

Turkey's response to that threat has been twofold. In northern Iraq, the country continues to carry out counterterror operations. At the same time, there is a military effort in northern Syria – which began in Afrin and is expected to resume soon. It would seem that the terrorists are particularly concerned about Turkey's military operations on Syrian soil. According to sources, the PKK leadership asked the United States to stop Turkey. Although the Daesh threat is long gone, the PKK leadership claims that failure to prevent the Turkish offensive would undermine counter-Daesh efforts.

Turkish sources say that the United States agreed to the Turkish request to create a safe zone in northern Syria if Turkey called off the imminent military incursion. U.S. officials reportedly asked the proposed safe zone to be 5 kilometers, rather than 30 kilometers deep. They added that all heavy weapons would be withdrawn from the 5-kilometer-deep area. The Turkish military, however, is unwelcome within that zone. Instead, the Americans want an international force to enforce the safe zone. Turkey's military incursion, from the PKK's perspective, is a matter of life and death. To prevent the Turkish offensive, the terrorists have been telling their American handlers that the PKK poses no threat to Turkey, hoping that Washington will pass on the message.

The Turks, however, could not care less what PKK militants think. Just as the group fed their nonsense to the United States, a Turkish diplomat was gunned down in Irbil – together with innocent civilians and unarmed shepherds in Turkey. In other words, there is no reason to believe that the PKK has suspended its attacks on Turkish citizens. What comes next? Turkey is gearing up for a serious military operation to ensure the safety of its citizens. The imminent incursion's objective is to push the militants south by 30 kilometers and east toward the Syria-Iraq border. Ankara wants to secure its southern border to weaken the terrorists and immobilize them within Turkey's borders.

Against that background, a U.S. delegation led by Ambassador James Jeffrey, the U.S.' special representative for Syria, will visit the Turkish capital Ankara today. Things will presumably move fast in the coming days.