How should Turkey respond to the Iran-U.S. crisis? 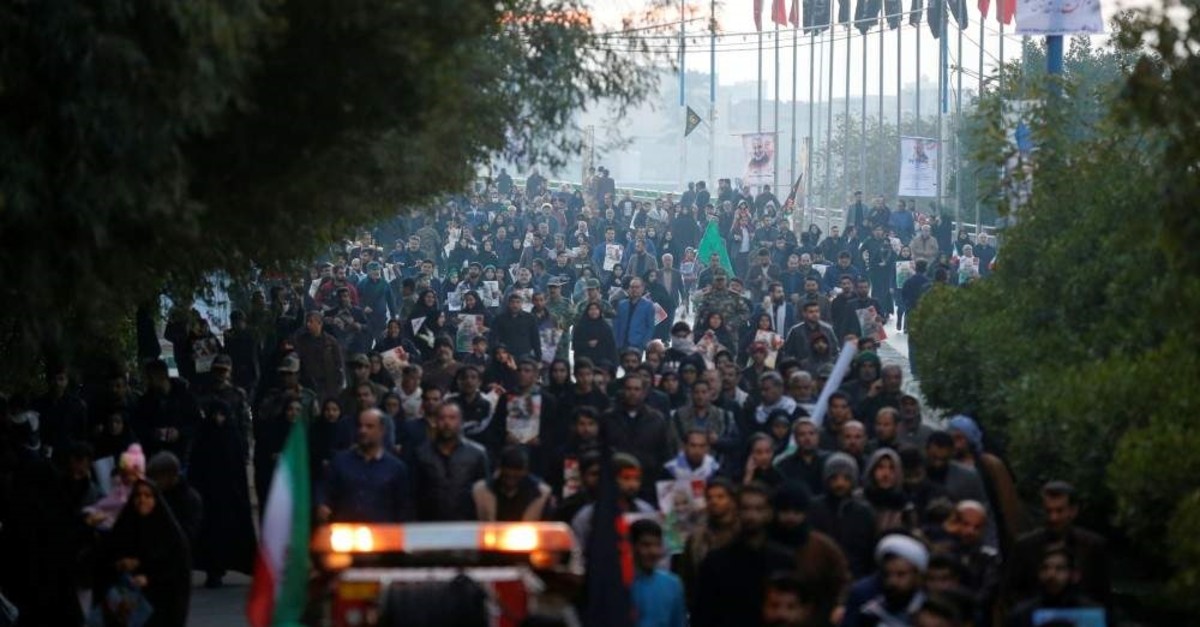 Within 48 hours, the United States assassinated Gen. Qassem Soleimani, Iran's second most influential figure after Supreme Leader Ayatollah Ali Khamenei. Keeping in mind Israel's role, tensions between Washington and Tehran are also escalating under the influence of hardcore followers of both messianic and Mahdi-based faiths. The idea that some want to "force" God's hand in bringing about Armageddon, which one would have dismissed as a conspiracy theory back in the day, is now an obvious fact. One could easily argue that a handful of radical believers in the United States, Israel, and Iran are leading the world to a rather dark place.

The assassination of Qassem Soleimani, a man responsible for the deaths of many innocent people in Syria, represents a turning point in this regard. After all, the late Iranian general was no ordinary official. He was Iran's second most powerful figure and personally oversaw the bulk of his country's military operations abroad. To preserve its regional influence, Iran has no choice but to respond to Washington's latest move. Whatever the Iranians end up doing, however, won't have an impact as significant as Soleimani's death.

So what happens next? Public statements suggest that tensions will only further escalate. Iran's initial reaction was to declare three days of mourning. Most observers assumed that Tehran wouldn't make any moves during that period, but several influential Iranians pledged a strong response to the American airstrike. Iran hoisted its war banner, a red flag, over the historic Jamkaran Mosque in the holy city of Qom over the weekend. The Iranian Revolutionary Guard Corps said that their response would be fierce. In the meantime, a call came on Iraqi security forces to vacate areas near U.S. bases. The Iranians added that 35 American targets were within their range.

Those statements indicate that Iran might be gearing up to target U.S. elements in Iraq. To be clear, the Americans are aware of that threat. White House officials reportedly expect Iran to respond within one week, which prompted a call on all American citizens to leave Iraq immediately. U.S. President Donald Trump initially said that "Iran has never won a war but never lost a negotiation" – seemingly an invitation to negotiations. In response to Iran's escalation in rhetoric, however, Trump pledged to strike 52 locations in Iran if the country were to attack the United States.

Here's the current state of play: Iran finds itself between a rock and a hard place. Tehran feels the need to retaliate against the United States. Indeed, the Iranian regime's reputation and coercive power in the region is at stake here. If Iran fails to respond, it could be treated as a paper tiger. However, the Americans might double down if Iran hits back – which would come at a heavy price. The United States, in turn, stresses that Iran's response won't go unpunished. Killing Soleimani was a high-risk move and a signal that all courses of action were on the table for the Trump administration. In other words, tensions might further escalate in the coming days.

Needless to say, the current situation is bad for Turkey – and indeed, the region at large. The Turkish government responded to the Soleimani assassination by urging all parties to act with restraint. Any escalation might fuel further instability in this delicate part of the world, where millions of lives hinge on fragile peace. Turkey, which has been dealing with the manifold consequences of the ongoing instability raging through Syria, would soon have to address tensions in neighboring Iraq and Iran.

What Turkish officials cannot afford to do, however, is to let these developments distract them from their chief goals. This is an escalation between the United States and Iran. Turkey's foreign policy priorities, in turn, involve combating terrorism in Syria, ensuring a fair distribution of Eastern Mediterranean energy reserves and halting attacks on Libya's legitimate government.

Let the world devote its time and energy on the Iran-U.S. crisis. Turkey must stay focused on Libya and the Eastern Mediterranean.