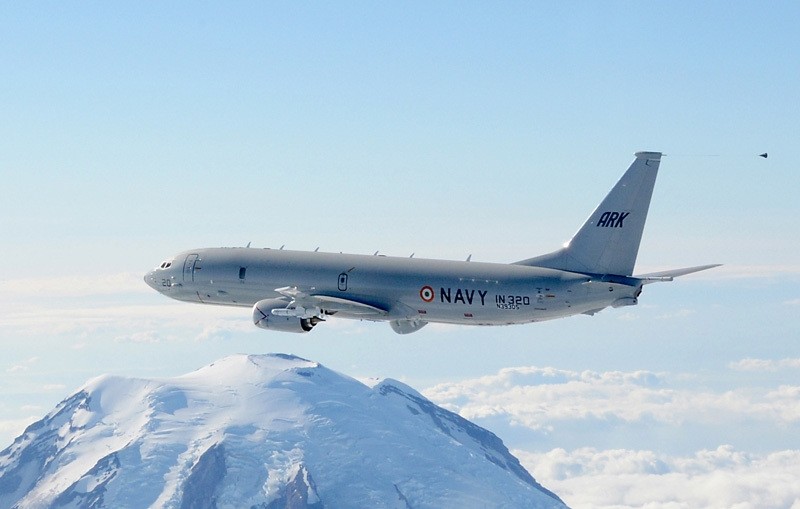 India signed a contract on Wednesday to buy four maritime spy planes from Boeing Co for about $1 billion, defense and industry sources said, aiming to bolster the navy as it tries to check China's presence in the Indian Ocean.

India has already deployed eight of the long-range P-8I aircraft to track submarine movements in the Indian Ocean and on Wednesday exercised an option for four more, two defense ministry officials and an industry source told Reuters.

"It's a follow-on order, it was signed today," a defense ministry official said, speaking on condition of anonymity as he is not authorized to make announcements on procurements.

A second defense official confirmed the value of the contract at about $1 billion and said the aircraft were expected to enter service over the next three years.

Amrita Dhindsa, a spokeswoman for Boeing defense, space, and security in India, said she was not in a position to say anything on the contract and referred all questions to the defense ministry.

But she said the P81 was an aircraft used for not only for long-range patrol but was also equipped with Harpoon missiles for anti-submarine warfare.

India has been building up its naval surveillance capabilities since China's navy expanded its reach and sent submarines, including a nuclear-powered boat that docked in Sri Lanka, across the Indian Ocean.

The deal, signed during a visit by the U.S. Under Secretary of Defense for Acquisition Frank Kendall, marks a further tightening of India's ties with the United States, which has emerged as a top arms supplier in recent years for India's largely Soviet-equipped military.

A U.S. embassy spokesman was not immediately available for comment.

Boeing last year completed the delivery of the last of the aircraft under the previous order worth $2.1 billion, an industry source said.

The Indian navy has deployed some of its P8-I aircraft to the remote Andaman and Nicobar islands near the Malacca Straits and two other routes into the Indian Ocean for military and commercial shipping.

The navy is looking to beef up its fleet to strengthen its capabilities against submarines and surface ships.

"India has a vast maritime border and these planes are meant for long-range surveillance," a Boeing official told AFP, adding that a clause in the earlier agreement provided for New Delhi to purchase four more planes.

"The navy will likely deploy them in the Indian Ocean and Bay of Bengal to counter Chinese influence in the seas," the official said.

India, the world's number one defense importer, is in the midst of a multi-billion dollar upgrade of its Soviet-era military hardware.

Other deals have been mired in bureaucratic wrangles, however, notably the agreement to buy 36 Rafale fighter jets from France's Dassault Aviation which has been pending since 2012.

Modi's government has raised the limit on foreign investment in the defense sector and encouraged tie-ups between foreign and local companies.

Modi, a hardline Hindu nationalist, has also called for the manufacturing of defense equipment locally and cut down reliance on expensive imports.