Turkish military set to switch to locally made rifle 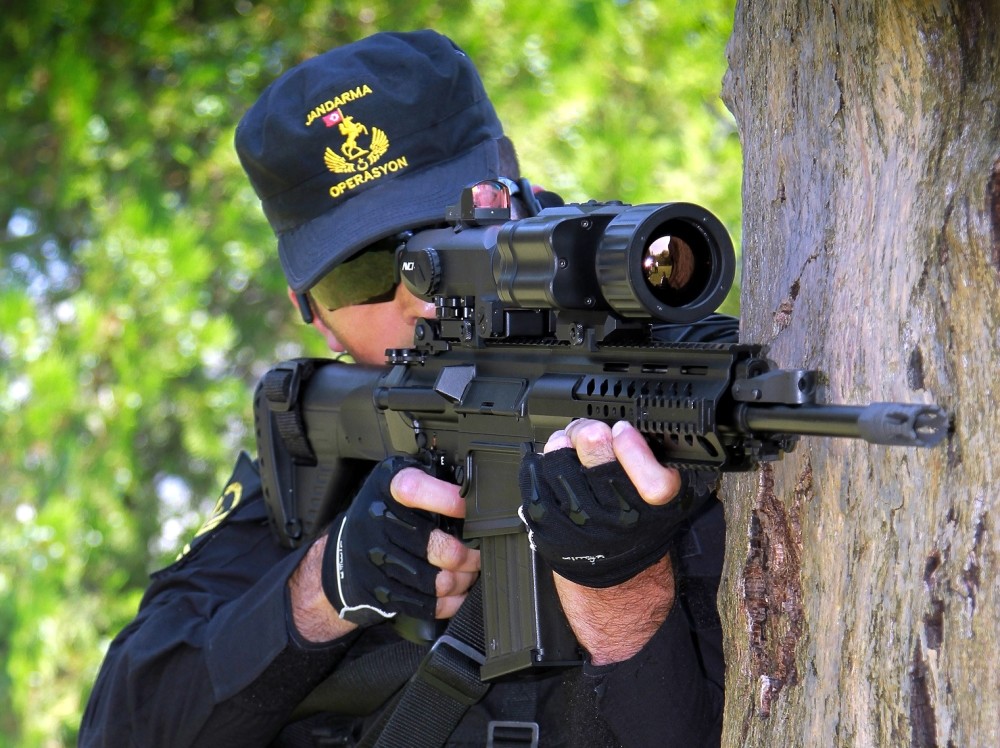 by Daily Sabah Dec 08, 2016 12:00 am
The first batch of MPT-76 or Milli Piyade Tüfeği (National Infantry Rifle) will be delivered to the Turkish army on Dec. 9 as the country seeks to expand its locally made arsenal.

Replacing the G-3, the standard issue weapon licensed by the German company Heckler and Koch, the MPT-76 is designed and produced by the state-run Mechanical and Chemical Industry Corporation (MKEK), which produces firearms for the army. The weapon, promoted as being as effective as the G-3, as reliable as the AK-47 (better known as the Kalashnikov) and as practical as the M-16, the American assault rifle, will be introduced into the army's armory with a ceremony expected to be attended by President Recep Tayyip Erdoğan. Erdoğan, who recently lashed out at Austria for proposing an arms embargo against Turkey, is a fierce advocate of domestic production in the defense industry. Turkey has geared up its efforts in order to lower its dependence on other countries in the defense sector as it faces multiple security threats.

The project to develop the infantry rifle was launched in 2009 and wrapped up in 2014. The weapon underwent more than 50 tests, the most for any such weapon in the world. Media outlets report that some 1.1 million bullets were used in testing the weapon.

Composed of 413 components, the rifle, manufactured in a factory in Kırıkkale, a city neighboring the capital Ankara, weighs 4.1 kilograms. The rifle's effective range is 600 meters and fires 700 rounds per minute. The muzzle velocity of the bullets is 800 meters per second. It has telescopic rifle stocks and can be customized with various scopes, its developers say.