Pentagon, Lockheed near deal on $9B F-35 contract 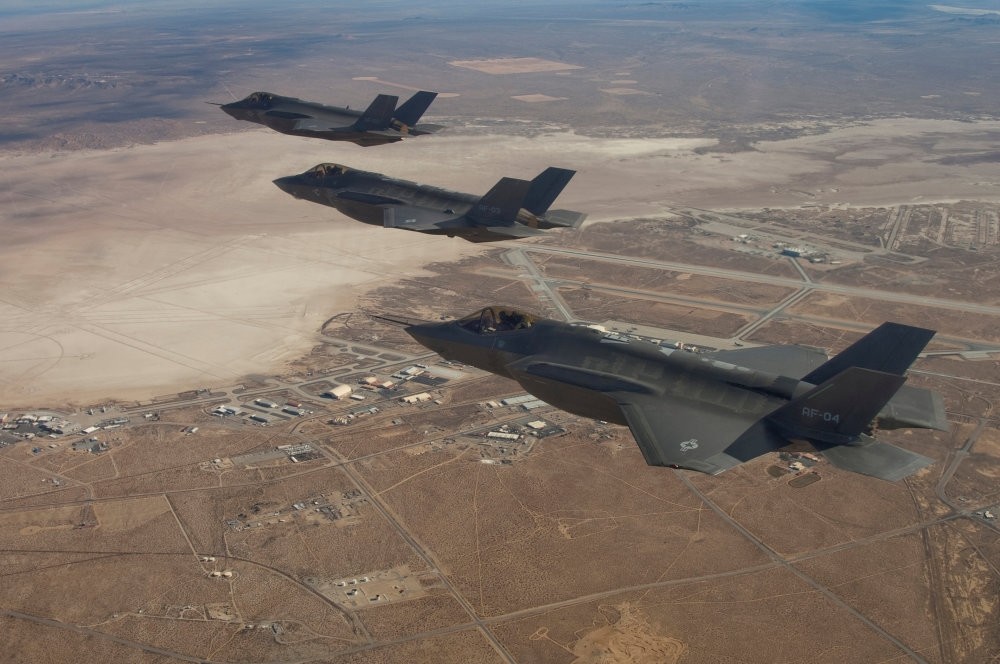 by reuters
Jan 20, 2017 12:00 am
The U.S. Department of Defense and Lockheed Martin Corp are close to deal for a contract worth almost $9 billion as negotiations are poised to bring the price per F-35 below $100 million for the first time, people familiar with the talks said Wednesday. The F-35, the Pentagon's costliest arms program, has drawn fire from U.S. President-elect Donald Trump who has made lowering prices for military equipment a pillar of his transition into office.

Talks are still ongoing for the tenth batch of stealthy fighter jets with a deal for 90 planes expected to be announced by the end of the month, three people said on condition of anonymity. A Lockheed representative declined to comment and a representative for the fighter program said negotiations are ongoing. The U.S. Defense Department expects to spend $391 billion in the coming decades to develop and buy 2,443 of the supersonic warplanes.Though the F-35 program has been criticized by Trump as too expensive, the price per jet has already been declining. Lockheed, the prime contractor, and its partners have been working on building a more cost-effective supply chain to fuel the production line in Fort Worth, Texas. The overtures from the incoming administration may have had some effect, but Lockheed's F-35 program manager Jeff Babione said last summer that the price of the F-35A conventional takeoff and landing version of the jet would drop to under $100 million per plane in this contract for the 10th low-rate production batch.

The F-35 comes in three configurations, the A-model for the U.S. Air Force and U.S. allies; a F-35 B-model which can handle short takeoffs and vertical landings for the Marine Corps and the British navy; and carrier-variant F-35C jets for the U.S. Navy.

Lockheed and its main partners, including Northrop Grumman Corp, United Technologies Corp's Pratt & Whitney and BAE Systems Plc, have been developing and building F-35s for the U.S. military and 10 allies. On Oct. 25 Lockheed, the world's largest defense contractor, reported a quarterly profit that handily beat analysts' expectations, as sales of its Sikorsky helicopters pushed total revenue up 14.8 percent. Lockheed is set to host its fourth-quarter earnings call on Tuesday.