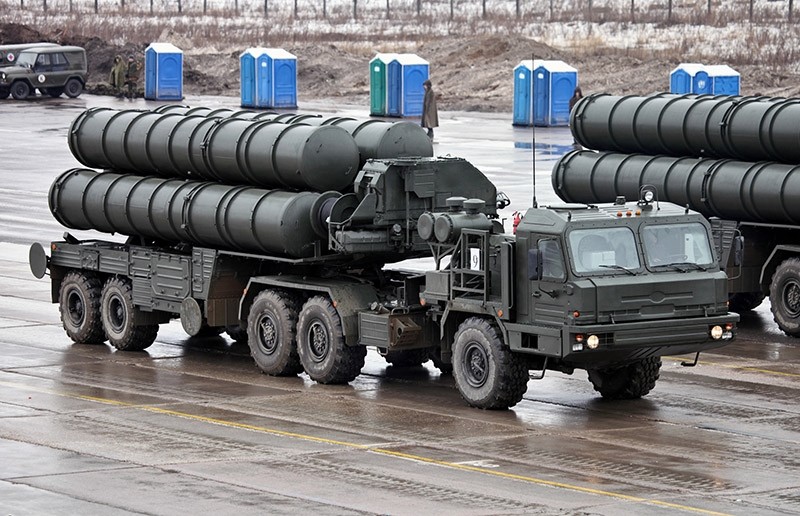 Turkish officials confirmed Wednesday that talks between Turkey and Russia on the sale of S-400 missile defense systems have been positive, also noting that negotiations on the details of the deal are ongoing.

Regarding the issue, National Defense Minister Fikri Işık said even though progress has been made between the countries regarding S-400 negotiations, Russia and Turkey are not "to the point of signing a deal yet."

Earlier on Wednesday, Russian newspaper Izvestia reported that talks had advanced to the stage of negotiations regarding price range and financing for the missile system.

Official sources told Daily Sabah that talks were progressing in a positive manner and negotiations are now centered around the details of the deal.

The sale of the missile system was also discussed during a meeting between President Recep Tayyip Erdoğan and his Russian counterpart Vladimir Putin in Moscow during Erdoğan's visit to Russia March 10.

Putin's spokesperson Dmitry Peskov also confirmed to Izvestia that both leaders were interested in the missile sale.

On Feb. 20, the Tass news agency reported that the CEO of Russian state corporation Rostec Sergei Chemezov said talks are under way for Turkey to purchase Russian S-400 missile systems.

Turkey's long-held desire to purchase a long-range air missile defense system has been on the international agenda since 2013, when Turkey's military procurement agency the undersecretariat for the Defense Industry (SSM), chose the China Precision Machinery Import-Export Corporation (CPMIEC) FD-2000 (HQ-9) long-range missile defense system in September 2013. Even though the Chinese company offered the best deal compared to its competitors in terms of pricing and technology transfer, Turkey canceled the tender due to heavy pressure from NATO in November 2015.

However, Turkish presidential spokesman İbrahim Kalın said on Feb. 22 that he does not expect Turkey's decision to purchase Russian systems to cause controversy with NATO, noting: ''In this field we have three criterion, which are price, technology transfer and time of delivery. As a sovereign state, we can cooperate with any country that fulfills these requirements.'' He added that there are several NATO countries that already use non-NATO systems.

As a NATO-member, Greece deployed Russian S-300 batteries from its southern island of Crete in 2007. The deal would be the largest of its kind ever between Turkey and Russia.