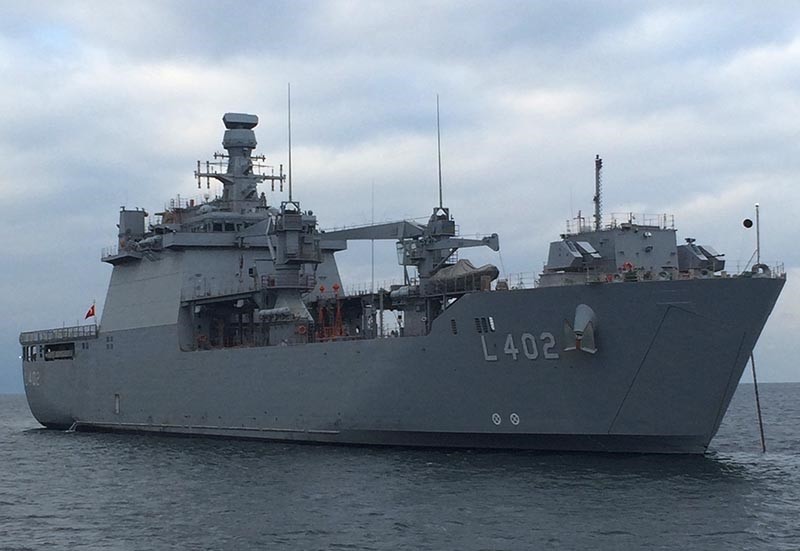 TCG Bayraktar's successfully passed the testing of its battle functions by hitting air, land and surface targets, an official from defense company HAVELSAN told Anadolu Agency on condition of anonymity due to restrictions on speaking to the media.

The ship is the first of two being developed for the Turkish Navy to deliver armored vehicles and troops for amphibious missions. Its secondary role is to deliver aid in disaster relief operations.

The Bayraktar has mostly been domestically produced as Turkey seeks to develop its defense industry, which already produces rifles, drones, ships and satellites. Defense Minister Fikri Isik previously said Turkey will start mass production of its main battle tank in May.

Work began on the Bayraktar in May 2014. Its sister ship TCG Sancaktar is scheduled to be delivered in October.