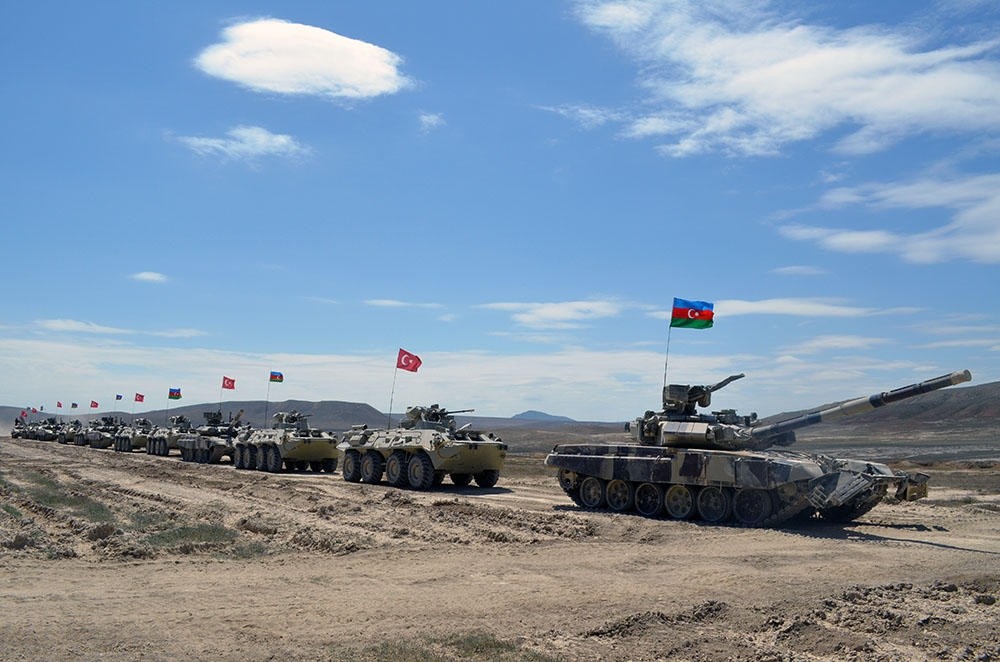 Turkish and Azerbaijani Armed Forces have started a five-day joint military exercise which will be taking place in Azerbaijan, Anadolu Agency reported Monday.

The exercise is to continue until May 5 and will see the participation of armored vehicles, artillery batteries and air defense systems with airplanes and helicopters in addition to soldiers' units. The joint military maneuver will also include target practice.

The military exercise forms part of a broader military cooperation between Turkey and Azerbaijan to strengthen coordination between the armed forces of both countries, a statement by Azerbaijan's Ministry of Defense said.