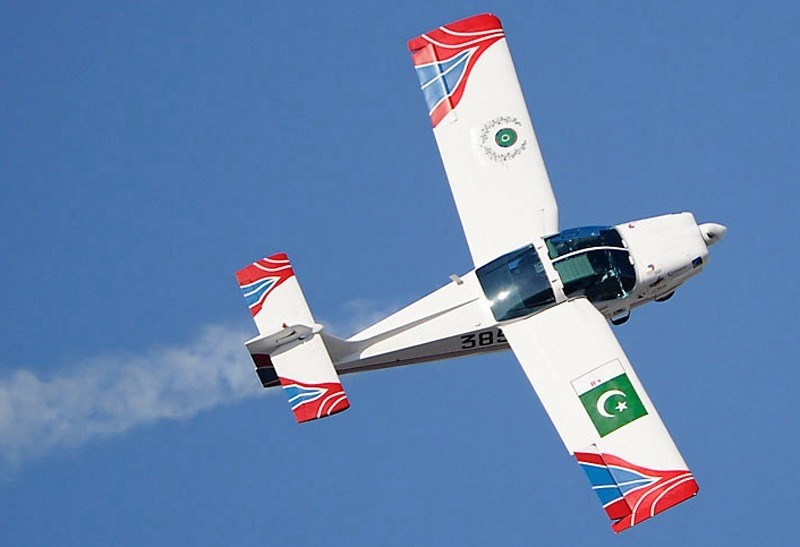 by Daily Sabah with AA May 11, 2017 12:00 am
Turkey has decided to purchase some 52 Super Mushshak training aircraft from Pakistan Aeronautical Complex (PAC) Kamra to replace its aging fleet of T-41 and SF-620 trainers. The ongoing 13th International Defense Industry Fair (IDEF) in Istanbul has seen the signing of a contract, a declaration of intention and a memorandum of understanding (MoU) signed between Turkey and Pakistan for further cooperation in the defense sector.

Within the scope of the contract for the Initial Training Aircraft Project, Turkey will purchase 52 Super Mushshak training aircraft from Pakistan. The Turkish Air Force currently uses T-41 and SF-260 aircraft for initial flight training.

Earlier, negotiations with PAC were started by the Undersecretariat for Defense Industries before the contract was signed at the IDEF'17.

With the procurement of the Super Mushshak, flight training is expected to become much more active and effective. With this purchase, the Turkish Air Force will become the first NATO member state to have included the aircraft in its inventory. In addition, a declaration of intention on Turkey's MILGEM Corvette Project between Defense Technologies Engineering and Trade Inc. (STM) and Pakistan, and a MoU between Turkish Aerospace Industries Inc. (TAI) and Pakistan's aviation industry company were also signed.
Last Update: May 11, 2017 1:41 am
RELATED TOPICS