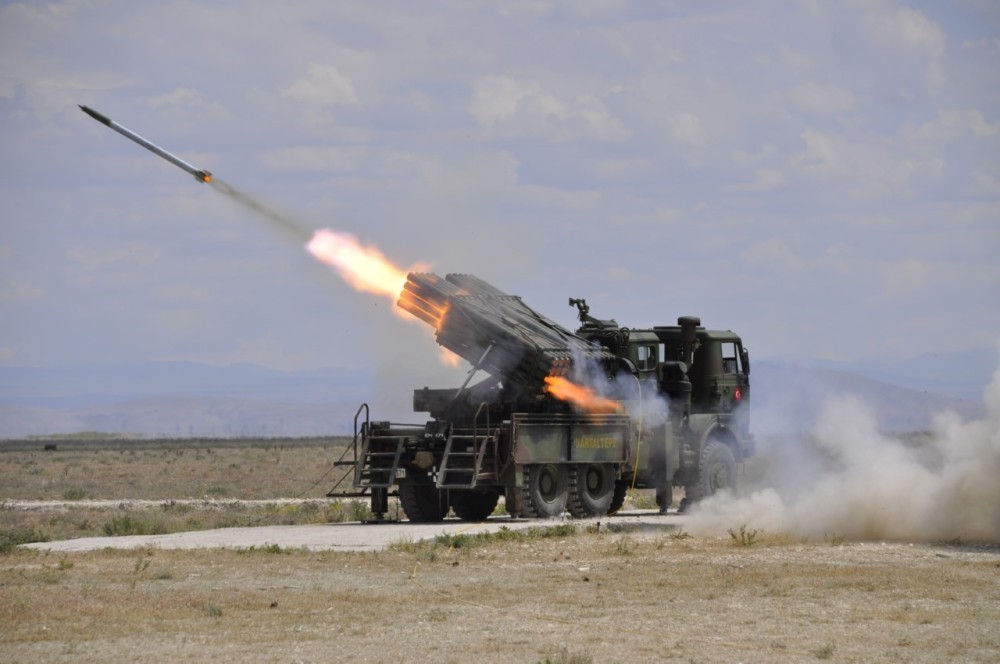 by Daily Sabah May 12, 2017 12:00 am
Speaking to Turkish news station A Haber on the second day of the 13th International Defense Industry Fair (IDEF'17), National Defense Minister Fikri Işık said that the Bora missile's first experiment has been successfully carried out in the northern city of Sinop.

Minister Işık gave the press further details about the 280-kilometer range Bora missile saying: "It is about to reach its destination in the Black Sea as we speak. Turkey is now manufacturing its own missiles. We confidently believe that we can do better." Bora means "storm" in the Turkish language.

The Undersecretariat of Defense Industries has been working on the project since 2009, and Turkish defense contractor Roketsan has been charged with the development and production of the missile system.

Regarding the missile, on the official website of the Undersecretariat for Defense Industries it states that the design and qualification of a long-range land-to-surface missile and weapon system is aimed at establishing the necessary infrastructure as well as mass production.

According to international standards and agreements, when the range distance of any given missile system exceeds 100 kilometers, this fact must be shared with competent international authorities such as NATO.

Public information disclosure usually does not take place before the producer company delivers the missile system to the military forces in question.

Bora was previously introduced in February at the Dubai International Defense Exhibition and Conference (IDEX) 2017, which is the largest defense industry fair in the Middle East. Although the missile is known as 'Bora' in Turkey, it was promoted in the international arena for export as 'Khan'. The missile has a 610 mm radius and weights 2,500 kilograms.
RELATED TOPICS