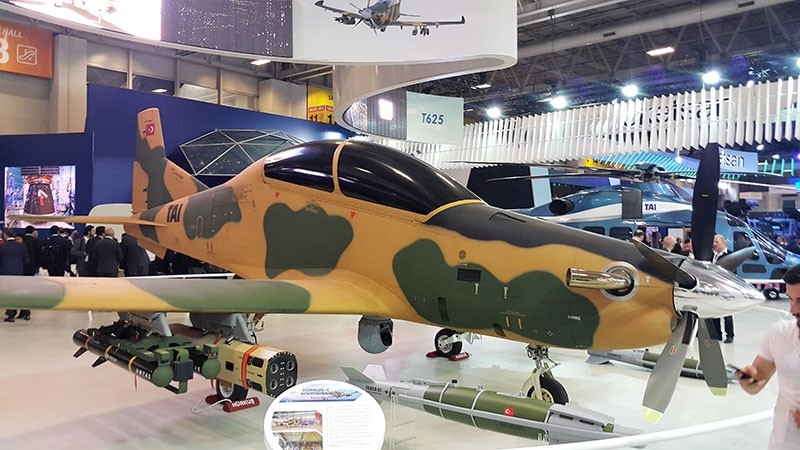 The Turkish military is getting stronger with the country's own made defense products, Minister of Defense Fikri Işık said Wednesday.

"We added three new ANKA to our heroic Turkish Armed Forces [inventory]. We are supporting our army's counter-terrorism operations with the new Turkish-made weapons," Işık said while referring to unmanned aircraft.

The ANKA drone is able to do real-time surveillance and target identification.

Three drones -- including an armed one -- were sent to Turkey's southeastern region to combating terrorism, while six Bayraktar drones are ready to be sent there.

The armed plane named "Hürkuş" -- which means 'free bird' -- will be the nightmare of terrorists," he added.

Hürkuş -- a new generation basic trainer -- have been successfully tested and it is likely to be inducted in Turkish Armed Forces in late June.

Turkey aims to be self-sufficient in defense by 2023, when it hopes to be producing its own aircraft carrier.

The country has been combating PKK and far-left terrorism since the 1980s and has more recently taken on Daesh and the Gülenist Terror Group (FETÖ), which is accused of carrying out last July's attempted coup.