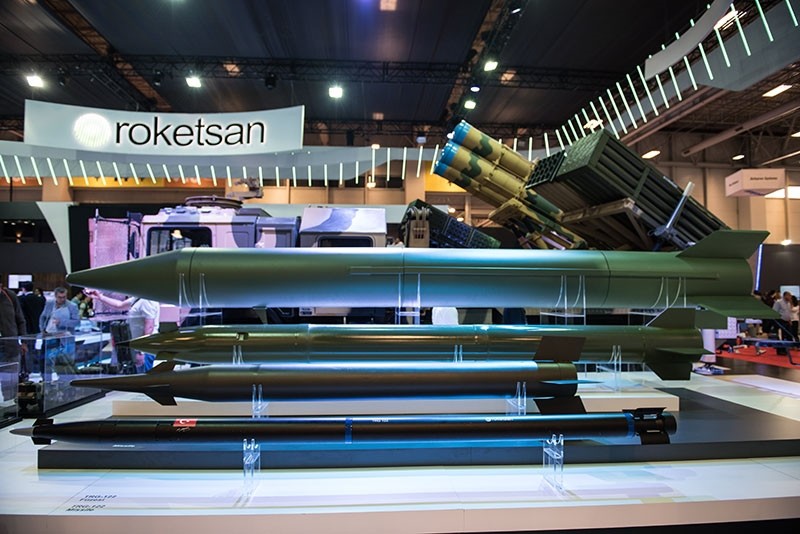 Companies partnered with the Turkish Armed Forces Strengthening Foundation (TSKGV) are focusing on technological innovation, leading the way for military production in Turkey.

The TSKGV's connected companies ASELSAN, Turkish Aerospace Industries (TAI), ROKETSAN, HAVELSAN, İŞBİR and ASPİLSAN are committed to research and development in their fields, and have produced many innovative products in recent years.

By conducting applied research into developing areas of technology that are relevant in the medium and long term, the companies meet the military demands that are foreseen in future. The patents and design details of these products add to their military arsenal and expertise.

As well as contributing to the military's effectiveness with their products, the Turkish defense companies also adapt their technologies to civilian uses, providing commercial benefits and contribution to the industry and economy as a whole.

The companies aim to increase their R&D efforts, with ASELSAN, TUSAŞ, ROKETSAN, HAVELSAN, İŞBİR and ASPİLSAN, with the aim to obtain 373 patents and petty patents between 2017 and 2021.

ASELSAN is aiming to single-handedly obtain 213 patents and petty patents for various products and solutions in the five-year-long period.

HASELSAN follows with an aim of 61 patents, TUSAŞ with 54, ROKETSAN with 36, ASPILSAN with five, and IŞBIR with four.

The TSKGV was founded after the Cyprus Peace Operation in 1974, when the U.S. placed an arms embargo on Turkey. The organization aimed to reduce the defense industry's dependence on imports, with investments made to form the TAI, ASELSAN, İŞBİR, ASPİLSAN, HAVELSAN, and ROKETSAN.