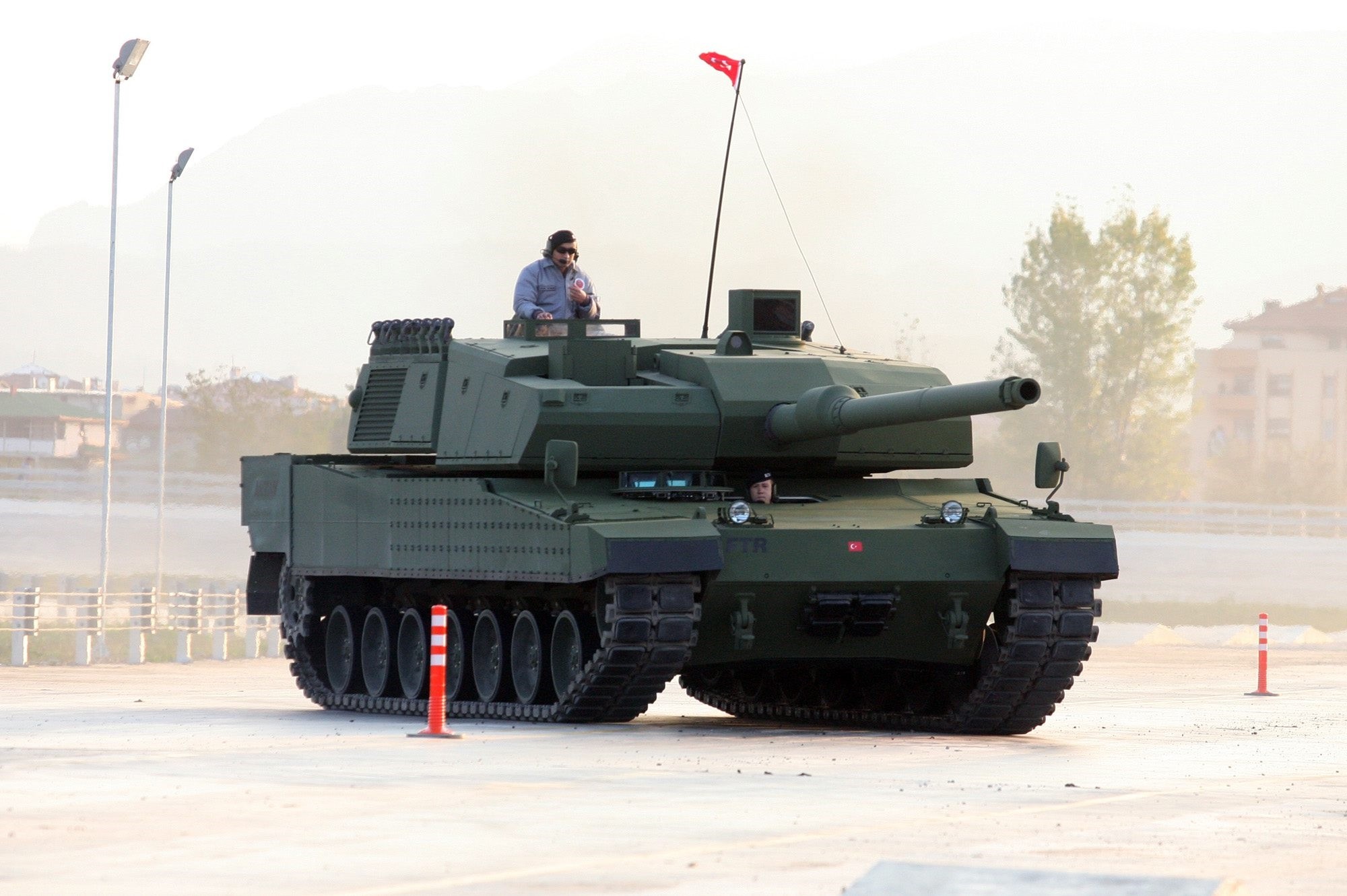 Following its rejection of Otokar, the Undersecretariat of Defense Industries will now launch another tender process for Turkeyu2019s main battle tank Altay.
by Daily Sabah with AA Jun 12, 2017 12:00 am

Following its rejection, the undersecretariat will now launch another tender process with all eyes now set on defense companies like Otokar, the FNSS, and the BMC.

A statement posted by Otokar on the Public Disclosure Platform (KAP) noted that the SSM informed Otokar that the administrative, financial and technical aspects of the company's proposal were evaluated but an agreement on the terms of the contract, particularly regarding financial aspects, could not be reached. Thus, the SSM declined Otokar's proposal and decided to relaunch the tender process for production of the tank.

It was reported that Otokar would decide on the tender process after closely monitoring the statements issued by the SSM.

FNSS, a joint venture owned by Turkish Nurol Holding and U.K.-based BAE Systems, has expressed its interests in the Altay project. The company, which has significant international partnerships, recently exhibited the prototype for the KAPLAN MT Medium Weight Tank, jointly developed with its Indonesian partner, at the 13th International Defense Industry Fair 2017.

Speaking to Anadolu Agency (AA) on the Altay project, CEO of FNSS Nail Kurt said that the SSM's decision to relaunch the tender process was "appropriate."

"We believe utilizing the infrastructural strength, experience and knowledge of our company, which has successfully completed the production phase of more than 3,000 tracked armored combat vehicles to produce Turkey's main battle tank Altay, will offer great benefits for our ever-strengthening defense industry ecosystem; particularly for our main customer the Turkish Armed Forces [TSK]," Kurt said.

A prominent player in the Turkish defense industry with its armored and tactical wheeled vehicles, the BMC is also among Turkish defense firms that indicated plans to participate in the Altay project. Chairman of BMC Ethem Sancak previously noted that his company was ready to submit proposals for the tender as a determined suitor for the project.

Meanwhile, deputy CEO of Katmerciler Furkan Katmerci noted that Katmerciler, which entered the defense industry with its Anti-Riot Vehicle (ARV) in 2010, will also evaluate current developments, stressing that the company will not refrain from taking any kind of responsibility in the Altay tank project.

Otokar submitted its final offer to the SSM to start mass production of the vehicle in August 2016.

Previously, in the 2017-2021 Strategic Plan published by the SSM, the primary date for the first Altay Main Battle Tank entering service was set for 2020.

According to the plan, the first 15 tanks will be put into service in 2020, while 20 tanks will be delivered in 2021. However, there has been no confirmation as to whether these dates are still valid, as a new tender is going to be held.

The strategic plan stressed that the Altay Main Battle Tank has been developed through cooperative efforts of key players in the Turkish defense industry and has a national and original design, boasting the world's most advanced technology subsystems.

Altay is a third-generation version of the main battle tank and Turkey's first indigenous tank development program. The tank was named after Army General Fahrettin Altay, who commanded the Fifth Cavalry Corps during the Turkish War of Independence.