Turkish defense industry turnover increased by 21.6 pct in 2016, reaches $6B 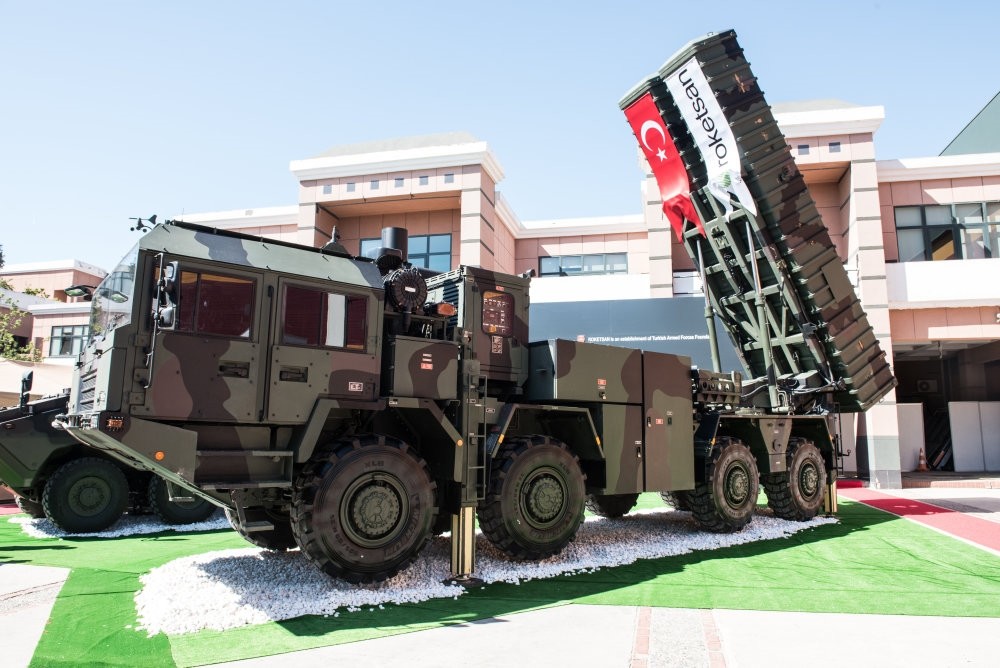 The defense industry's overseaes sales revenues increased by 1.24 percent to $1.95 billion last year. The revenue's $1.68 billion came from exports, while $275 million came from the exchange earning services.
by Daily Sabah with AA Jun 15, 2017 12:00 am

The turnover of the defense industry, with the influence of growth in the domestic market, increased by 21.6 percent last year compared to the previous year, reaching about $6 billion, according to a Defense and Aerospace Manufacturers Foundation (SASAD) report. The said report analyzed the performance of the defense industry in 2016. Increasing by 55 percent in 2016, the amount of orders received by the sector were around $12 billion.According to the association report, which represents more than 90 percent of the sector, significant improvements in sector performance data such as turnover, orders received, product and technology development expenditures and employment have been observed.

While the sales revenues and exports in the sector reached the same levels as the year before, the increase in imports showed a parallel development with the turnover.

In the breakdown of the sales volume of the technology segments of the sector, land platforms and systems reached the highest sales volume with $ 1.7 billion, followed by military aviation with $888 million and the army-ammunition and missile with $844 million.

Furthermore, C5ISR (Operations research and analysis, military operations analysis, strategic level analysis capabilities, business development analysis, knowledge management) and information technology lagged behind expectations. The turnover of operations in this segment, which constitute the biggest slice in the world defense market, are in the process of being evaluated.

As for the revenues from overseas sales, they increased by 1.24 percent to $1.95 billion. It was indicated that the increase in overseas sales revenues and a small increase in exports has resulted from a growth in the domestic market.

Foreign sales revenues and a small increase in exports were reported to have grown in the domestic market.

Despite a decline in the offset markets, the fact that the biggest slice was in Turkey was acknowledged as an indicator that sector players were making positive progress in their market-building efforts.

The combined annual average growth rate of foreign sales revenues in the 2011-2016 period was indicated to be 12 percent. On the other hand, the same data was 18 percent in the 2011-2015 period.

Moreover, the increase in overseas sales revenues, which was realized as 4 percent and 1.24 percent, was interpreted as showing that the development in exports was far from targets.

While the sector players added new orders worth $ 7.69 billion to their order books in 2015, the total of orders received last year increased by 55 percent last year, reaching $11.92 billion. The most wanted technology segment were land platforms and systems, followed by military air platforms.

Moreover, orders taken in land and platform systems, military air platforms and in weapons-ammunition and missile were worth $5.92 billion, $3.29 billion and $1.8, respectively. Also, $10.6 billion of new orders came from within the country.

Meanwhile, imports in the sector increased by 21 percent compared to the year before, amounting to around $1.29 billion. It was stated that this increase, which was estimated to be due to the foreign input within the total sales amount, was a parallel development with the increase of 21.6 percent in turnover.