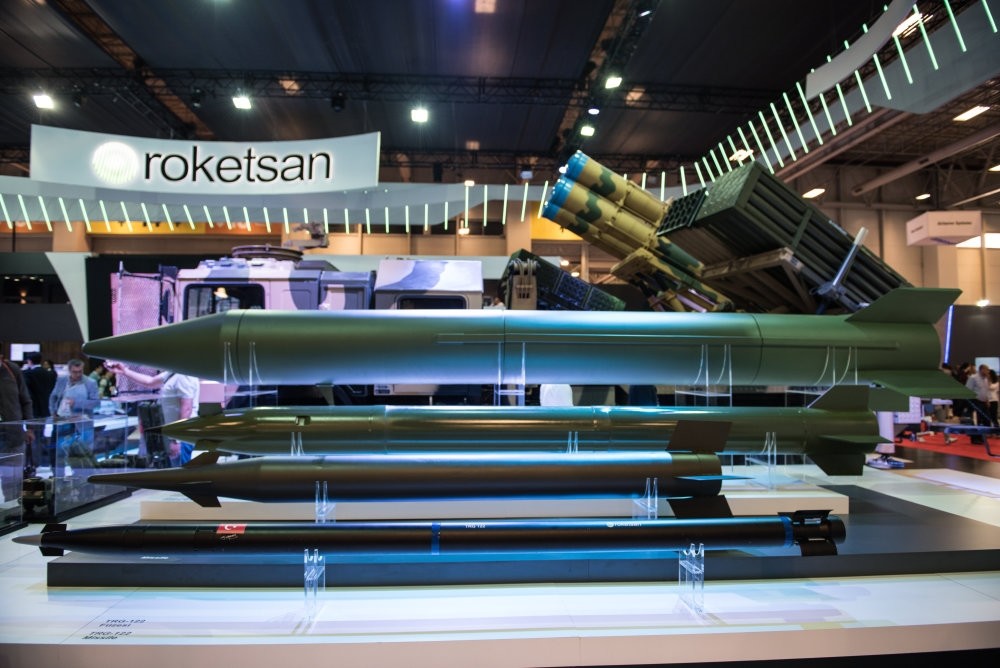 Goals to completely localize the development and production of Turkey's defense industry, while decreasing dependency on imports, led the country to make investments in product-based and technology projects exceeding $1 billion last year

Increasing competition, efforts toward localization and the search for new technology in the defense industry have accompanied record-breaking growth in funds allocated by major companies in the sector for the development of production and technology.

The defense industry's stagnant developments in terms of products and technology development expenditures ended last year as the industry has seen an upward trend that is boosting expectations for the future.

The ratio of product and technology development expenditures to turnover has reached 21 percent.

Positive developments in product and spending in technology development were also reflected in capital expenditures, meeting the necessary capital requirements for investment. In this area, capital expenditures that stood at $287 million in 2015 skyrocketed by 79 percent last year, reaching a record high of $513 million.

Expenditures supported by project resources and incentives have increased by 20 percent, proving that government support for product and technology development projects has continued intensely.

The steady increase in capital that industry players allocate to product and technology development works is important in terms of ensuring success for the future.

It has been stated that works related to the creation of technology and products of the future through modernization projects must be accelerated. In addition, the importance of localization efforts to minimize external dependency on existing products and projects, as well as technology development activities, are also highlighted.

In general, spending trends regarding product and technology development in recent years is considered favorable for the sustainability of the sector and the development of competitiveness.

Defense Industry undersecretary İsmail Demir spoke to Anadolu Agency (AA) regarding research and development (R&D) investments in the sector and the undersecretariat's policies on the issue.

According to Demir, the defense undersecretariat held a panel meeting on R&D, amid extensive efforts, on Dec. 22, 2016 in the context of the authority granted to the undersecretary. As a result of the meeting, six projects were initiated in the areas of advanced materials, sensors and information technologies.

Demir stated that they made "expansive calls" known as "SAGA" regarding these projects, adding that they have received project proposals with technical representations that are validated in analytical or desktop scale prototypes that do not include final product delivery in order to meet the technical and tactical needs in the technology fields as determined by these calls.

Underlining that SAGA and R&D projects will continue to increase, Demir, said: "We are launching R&D projects in a much more dynamic way in the scope of the new regulation as a result of the decision made by the Defense Industry Executive Committee to allocate funds to these areas. The new process means new R&D projects will be developed across many areas."

According to Demir, these works aim to provide the necessary platforms and systems for the Turkish Armed Forces (TSK) in the current environment and in the battle environment of the future with national and advanced technology. Demir stressed that the defense undersecretariat's objective for 2020 and the following years is absolute locality in basic and advanced technologies.

Demir said that the share of R&D expenditures in Turkey's gross domestic product (GDP) is slightly higher than 1 percent, noting that they aim to increase this ratio to 3 percent by 2023.

Explaining that the undersecretariat is carrying out projects with 26 universities, 59 companies and six research centers in the defense R&D ecosystem, Demir stated: "The road maps we determined are now being adopted by these companies. When we decide to start a project in a certain area or to support technology in a new area, the related sub-technologies of these areas create fields of work for the companies. In all new areas that we open, our companies can develop complementary or unprecedented new projects with their own resources apart from our incentives. So our firms are supporting the R&D ecosystem."

Demir continued by saying that projects under the scope of the Technology Acquisition Obligation, which is included in the undersecretariat's requests for proposals and that are aimed at providing R&D culture to main contractors, small and medium size enterprises (SMEs), research centers and universities, contribute to the sector with the projects that they support in an attempt to strengthen the ecosystem.

According to Demir, with the ULAK Project, fourth generation (4G) LTE-advanced technology, local software and hardware systems have been nationalized in Turkey, and the proliferation of the system, Turkey's external dependency on telecommunication technologies will be reduced. Moreover, public security communication systems strengthened by the national security mechanisms against cyberattacks will also be nationalized.

The ULAK project, which started as a R&D project, had the commercialization process completed recently; it is a good example showing how resources allocated to product and technology development will return to Turkey and to the sector as a contribution.

Meanwhile, Daily Sabah previously reported that the growing domestic market in the defense industry also boosted turnover in the industry with a 21.6 percent increase in 2016 compared to the previous year, reaching roughly $6 billion. According to a Defense and Aerospace Manufacturers Foundation (SANSAD), which represents more than 90 percent of the sector, a report demonstrated that significant improvements in performance data such as turnover rates, orders received, product and technology development expenditures and employment have been observed in the Turkish defense industry.