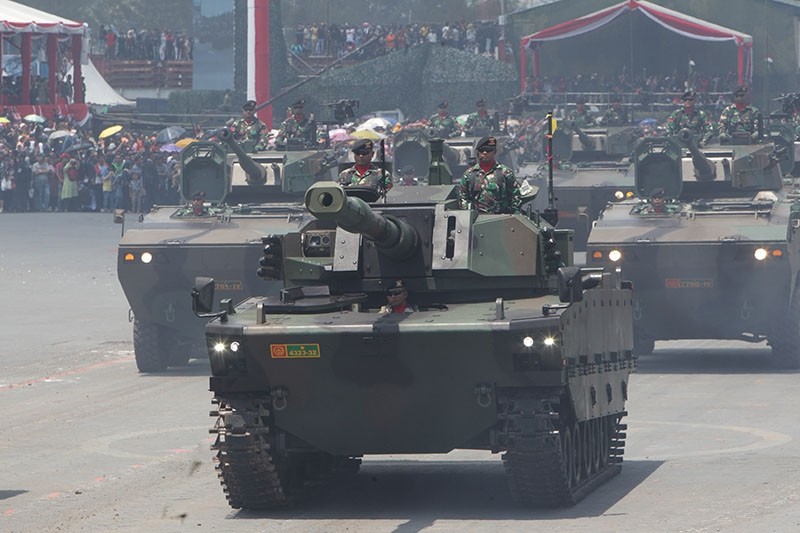 The KAPLAN MT Modern Medium Weight Tank, first tank-class vehicle exported by Turkey's defense industry, was presented to the public Thursday by the Indonesian Army in Cilegon during an official parade on National Armed Forces Day.

The parade in the coastal West Java city included nearly 6,000 soldiers and Indonesia's most modern imported weaponry including warships, helicopters, submarines and the KAPLAN MT tank.

Pindad Chairman Abraham Mose told Anadolu Agency he is pleased by the completion of the tank project.

"This project is the proof that we can produce high technology defense vehicles with our own efforts without being dependent on other countries," Mose said.

KAPLAN MT was developed to meet the Indonesian armed forces' demands for a modern, medium-weight tank. Pindad aims to produce 20 tanks by the end of 2018.