Local armored vehicle to be made in Uzbekistan 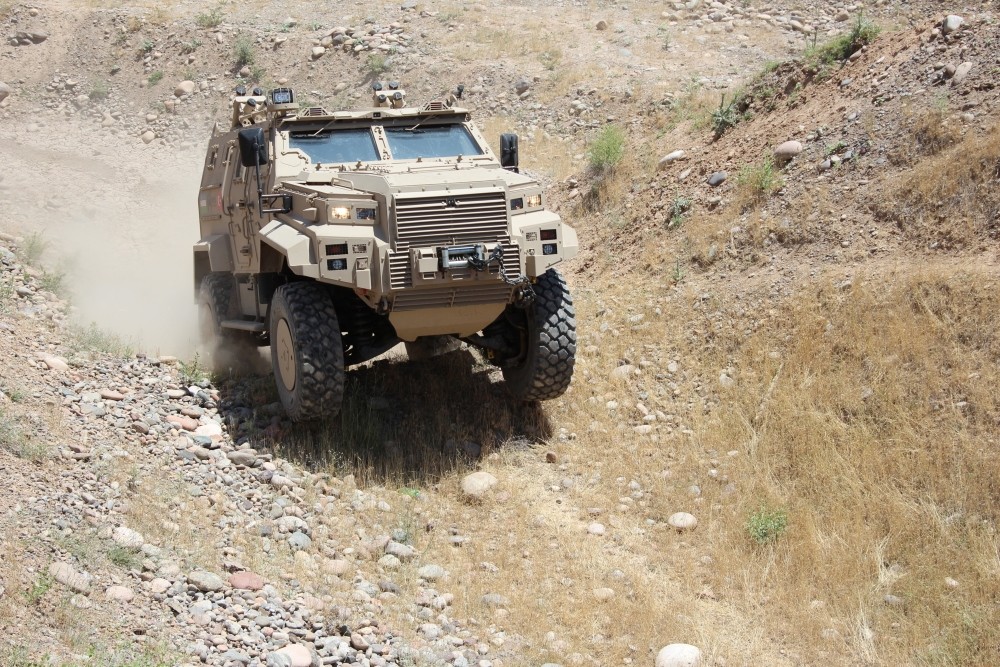 Nurol Makina and Sanayi A.Ş., one of the major armored vehicle manufacturers in the Turkish defense industry, has achieved significant success in opening foreign markets. A memorandum of understanding was signed between the company and UzAuto for the joint production of 1,000 Ejder Yalçın 4x4 Tactical Armored Combat Vehicles in Uzbekistan.

With Uzbekistan President Shavkat Mirziyoyev's visit to Turkey, the two countries joined forces to cooperate in the defense industry.

According to the signed memorandum of understanding, Nurol Makina and UzAuto will produce 1,000 units of Ejder Yalçın armored combat vehicles in Uzbekistan. The deal also includes purchases of 24 ready-to-buy units and sales to third countries. Other vehicle models may also be subject to production in the near future. Nurol Makina competed with Russian and Chinese competitors that had price advantages in the selection process. Leaving behind its competitors with the Ejder Yalçın armored combat vehicle, Nurol Makina manifested itself in international markets.

Having been developed to meet the operational requirements of military units and security forces in every region including rural and urban areas, the vehicle began to be used in 2014.

Deliveries of the renovated and improved Ejder Yalçın II were realized in 2016, while the production of the new version, Ejder Yalçın III, was completed the same year.

Ejder Yalçın vehicles, whose numbers have increased rapidly in domestic security, have started to attract attention abroad. Tunisia became the first buyer of the vehicle, which achieved its first success in exports this year.

Not satisfied with demand in the domestic market, the company is working hard to add new countries to Tunisia.

Trying to prove itself in challenging tests abroad within the scope of these endeavors, Ejder Yalçın is also in league with strong competitions. It has been reported that Ejder Yalçın, coming to the fore with the highest protection level in its class, is on the agenda of 10 countries seeking to meet their needs for armored vehicles.