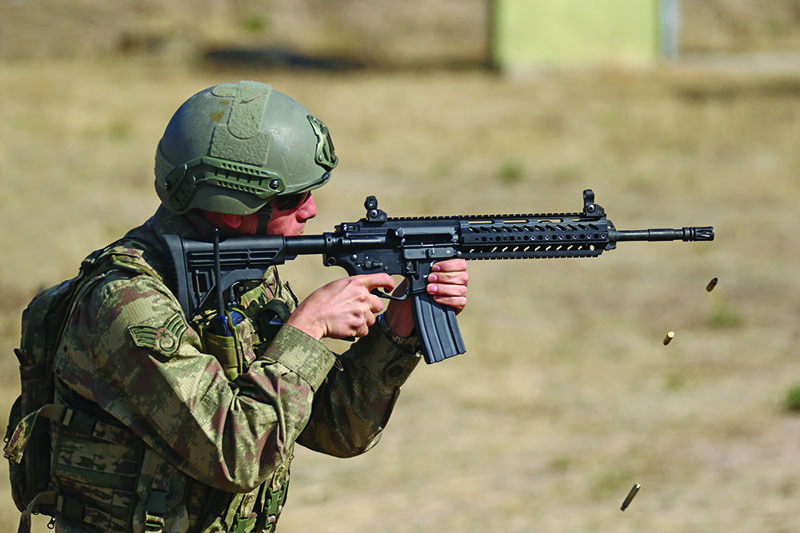 The Turkish defense industry sources, who asked not be named, told Anadolu Agency that the state-run Mechanical and Chemical Industry Corporation (MKEK) and the private defense companies Kalekalip and Sarsilmaz have been given orders for mass production of the rifle.

The MPT-76 rifle is currently in the inventory of the Turkish Armed Forces, produced to replace the traditional German G-3 rifles and reduce dependence on foreign manufacturers.

MKEK has delivered 3,200 rifles so far, with 500 given to the Turkish Presidency. MKEK plans to deliver the rest in 2018.

A total of 450 rifles were delivered to Somalia, which is dealing with an insurgency. The Turkish Republic of Northern Cyprus (TRNC) has ordered 2,500 rifles to be added to its inventory.

After success in 47 NATO tests, the MPT-76 rifle – named after the Turkish acronym of National Infantry Rifle and the caliber of its 7.62 millimeter NATO round – is billed as "effective as the G-3, as reliable as the AK-47 and as practical as M-16."

It has an effective range of up to 600 meters and is capable of firing 700 rounds per minute at a muzzle velocity of 800 meters per second.

The rifle can be fired semi-automatically and automatically, with a 20-bullet magazine capacity. The MPT-76 can be customized through its rail system, meaning compatible accessories – including a night vision rifle scope – can be added or removed.