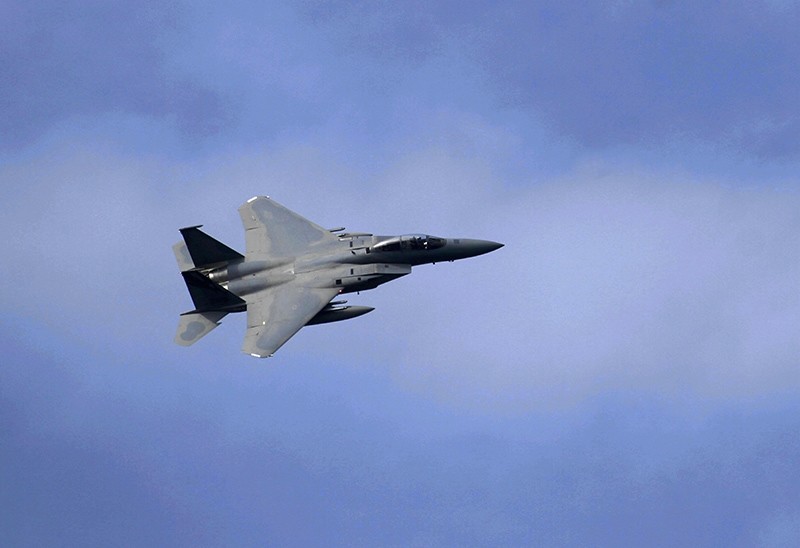 The U.S. State Department has approved a possible $1.1 billion sale of support services and facilities to Qatar for its F-15QA fighter aircraft program, a Pentagon agency said Wednesday.

The Defense Security Cooperation Agency said it notified Congress of the possible sale, which includes design, construction and other services and facilities. The F-15 is made by Boeing Co.

The approval comes in the middle of the diplomatic stand-off between the Gulf emirate and its neighbors.

But Secretary of State Rex Tillerson has taken a more cautious line, attempting to broker an agreement to cool ties and build a regional front against Iranian influence and extremism.

On Wednesday, the State Department announced it had approved a $1.1 billion contract to service Qatar's F-15QA jets and build them ground facilities and hardened bunkers.

"Qatar is an important force for political stability and economic progress in the Persian Gulf region," the department said, in a note from its Defense Security Cooperation Agency.

"Our mutual defense interests anchor our relationship and the Qatar Emiri Air Force plays a predominant role in Qatar's defense."

Tillerson visited both Riyadh and the Qatari capital Doha last month in an effort to curb Iran's influence in the region and urge the Arab monarchies to negotiate away their differences.