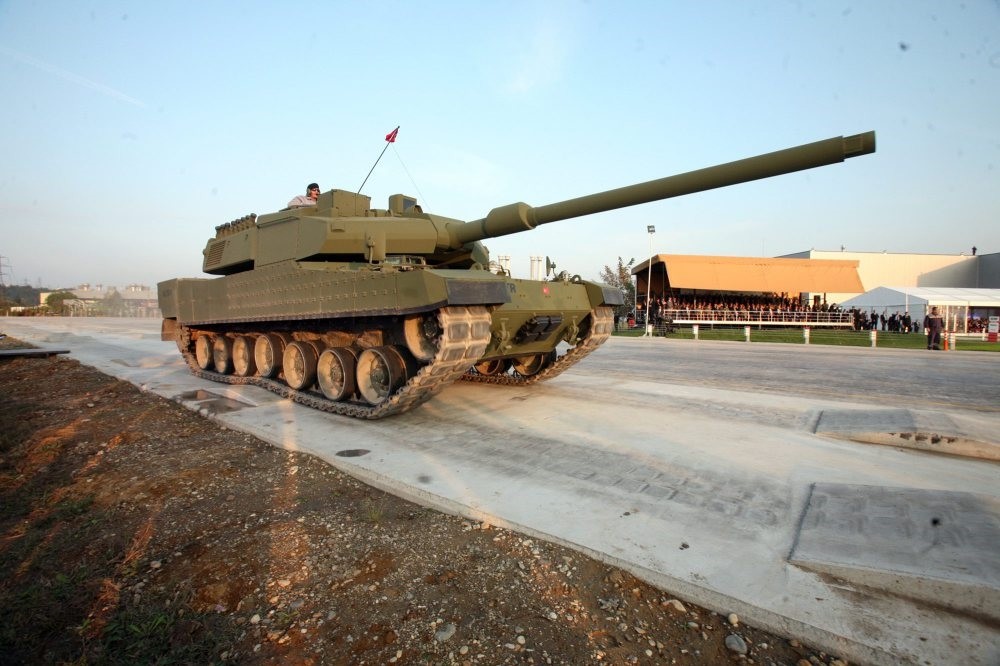 Designing and producing crawler and rubber-wheel armored vehicles for the Turkish Armed Forces (TSK) and armed forces of Turkey's allies, FNSS submitted its bid for mass production of the Altay tank.

FNSS CEO Nail Kurt previously said the re-launch of the tender process for the mass production of the Altay tank was an appropriate course to follow.

"Turkey's largest land system manufacturer, Otokar, submitted a mass production bid for the Altay main battle tank, which the company designed and prototyped, to the Undersecretariat for Defense Industries.

"We believe utilizing the infrastructural strength, experience and knowledge of our company, which has successfully completed the production phase of more than 3,000 tracked armored combat vehicles to produce Turkey's main battle tank Altay, will offer great benefits for our ever-strengthening defense industry ecosystem, particularly for our main customer the Turkish Armed Forces," Kurt said.

The company develops uniquely designed crawler and rubber-wheel vehicles and arms systems at its own research and development center. FNSS also has operations abroad in two countries, the United Arab Emirates (UAE) and Saudi Arabia. More than 4,000 FNSS armored battle vehicles are employed in various countries.

Otokar, a subsidiary of the Koç Group, submitted a proposal for the mass production of Altay. In 2008, Otokar, Turkey's only land system manufacturer with no foreign partners, was selected as the main contractor in the design, prototyping and qualification process of the Altay, called Term-1.

Qualification and acceptance tests for prototypes produced in the first period's studies were successfully completed in February, and the prototypes were accepted and approved. The SMM's Technical Data Package (TDP) examination and approval process is ongoing. However, the SMM refused Otokar's proposal and cancelled the process, launching another tender in July.

"With more than 50 years of experience and capabilities, Otokar has succeeded in all of the tasks it has received so far. We successfully designed and developed the main battle tank Altay for which we are the main contractor in Term-1," Otokar General Manager Serdar Görgüç said with regards to the mass production of the tank.

"Our investment, experience, and strong research and development capabilities in this process gave strategic momentum to Otokar's position in the defense industry. We are ready as a national company with all of the competencies for production and export of the Altay and the strengthening of our country's defense industry capabilities," Görgüç said, adding that they hope to see the tank serve in the TSK soon.

Previously, in the 2017-2021 Strategic Plan published by the SSM, the primary date for the first Altay tank to enter service was set for 2020.

According to the plan, the first 15 tanks will be put into service in 2020, while 20 tanks will be delivered in 2021. However, there has been no confirmation as to whether these dates are still valid, as a new tender is to be held.

The Altay is a third-generation version of the main battle tank and Turkey's first indigenous tank development program. The tank was named after army Gen. Fahrettin Altay, who commanded the Fifth Cavalry Corps during the Turkish War of Independence.