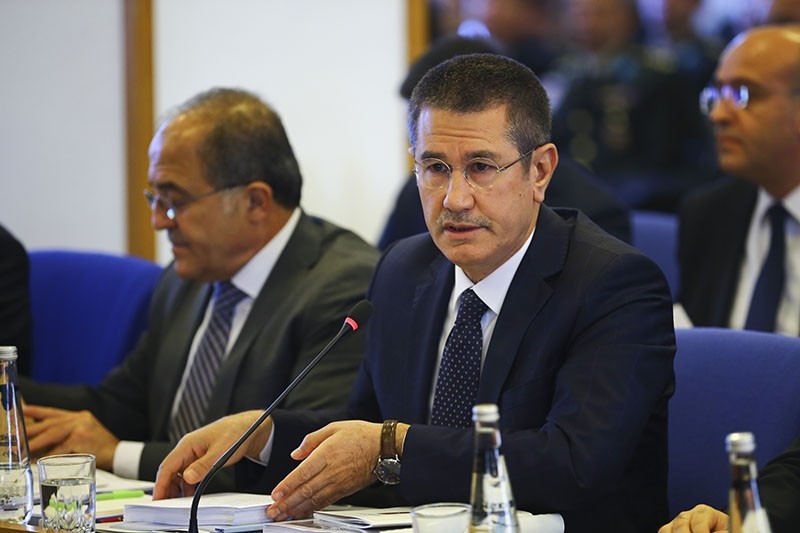 Turkey and Russia have signed a contract for the purchase of two S-400 missile defense systems, one of which will be optional, with the first system's delivery planned in 2019, Defense Minister Nurettin Canikli said Wednesday.

Canikli also said Turkey had received bids last Friday for the production of 500 domestically-made Altay battle tanks, of which 250 are optional.

Speaking to parliament's budget commission, the defense minister said the tender would be finalized in the coming days. The domestic Altay tank project is worth an estimated 7 billion euros ($8.24 billion).

The minister also touched upon the NATO's "enermy chart" scandal during a drill exercise in Norway, saying this disgrace would not be left unanswered.

A Norwegian was removed from the exercise following the incident, while NATO Secretary-General Jens Stoltenberg and Norwegian Defense Minister Frank Bakke-Jensen issued an apology for the chart listing President Recep Tayyip Erdoğan and the Turkish Republic's founder Mustafa Kemal Atatürk as "enemies" during the drill.

Meanwhile the minister also issued a stern warning to the PKK/YPG and Daesh terror groups, saying they constituted a "serious danger" in the Syrian region of Afrin and that this threat must be removed.

"The PKK/YPG and Daesh are a threat to Turkey, and [their locations] are a target for us. Within this context, let there be no doubt that we will use our right(s) arising from international law," he said.

Canikli also said the Turkish Armed Forces had completed the formation of its third observation post in Syria's Idlib province.