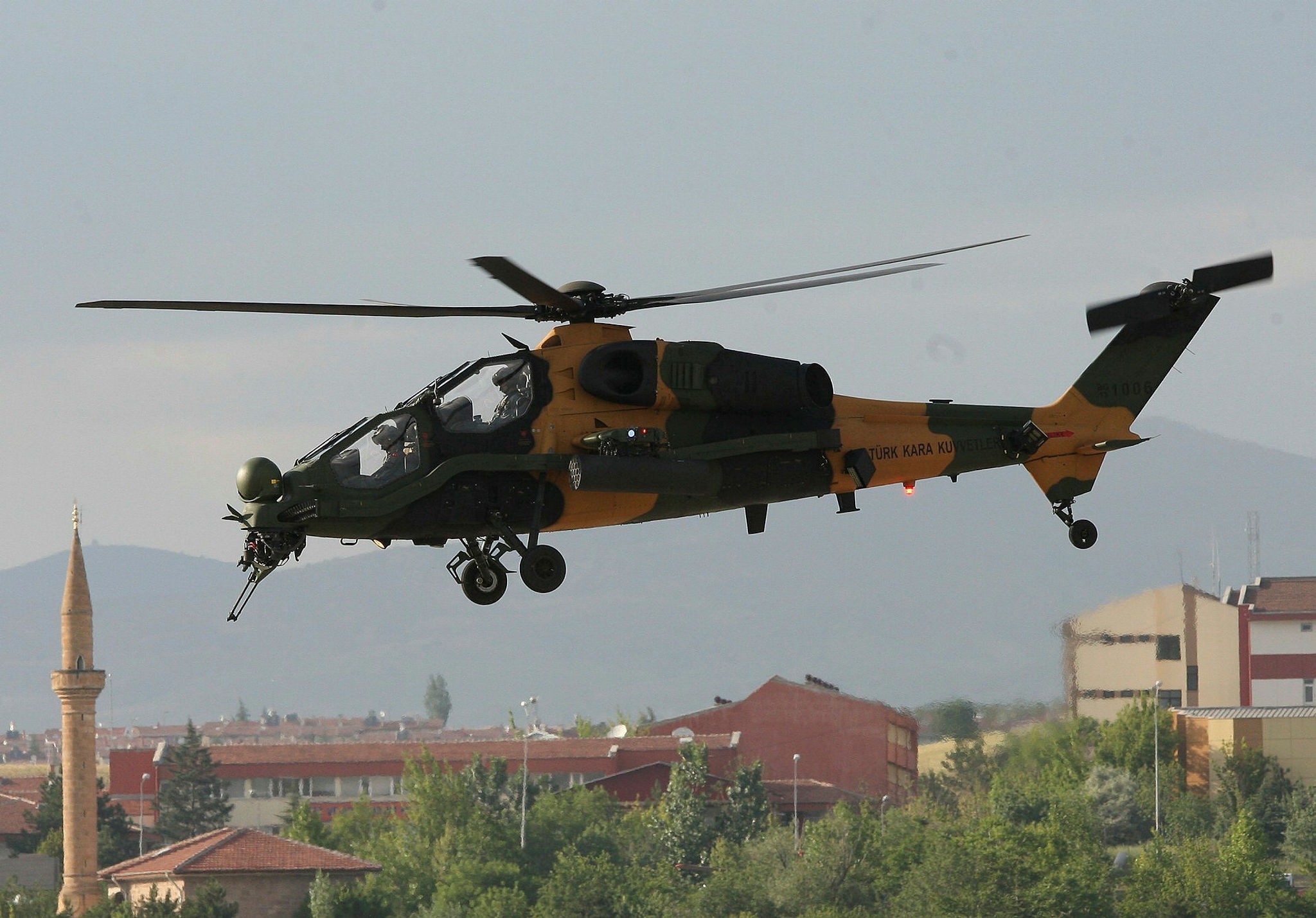 The Pakistani minister, who is currently holding talks in Ankara, emphasized bilateral ties and a long-standing business relationship between Pakistan and Turkey.

"The selling process for the helicopters is 90 percent complete," Hussein said, underscoring that proposals were being examined and financial aspects were being evaluated.

He also stated that in the framework of the MİLGEM (National Ship) Project, four ships will be manufactured for Pakistan - two in Turkey and two in Karachi.

"Turkey will also receive 52 'Super Mushshak' training aircraft from Pakistan," he said. "Many countries are using this aircraft, which is very good for basic training."

He also referred to Pakistani Prime Minister Shadid Khaqan Abbasi's visit to Turkey last month, when he, as a personal pilot, examined the T129 ATAK and took it on a test flight.

Afterwards, Abbasi reportedly said, "As a pilot, I can say that this is the best and the most effective attack helicopter in the world. The Pakistani Armed Forces has tested this helicopter for four years in all possible conditions and in its finest detail, and found it to be the number-one choice and the most successful [helicopter] in technical terms."

Noting that the ATAK is a very impressive helicopter, Abbasi thanked the TAI general manager and his team, as well as President Recep Tayyip Erdoğan.

At the time he said, "At this point, our contract talks continue at full speed. Everything is moving ahead positively. Hopefully, we will purchase this helicopter and bring it into the inventory of the Pakistan Armed Forces as soon as possible."

ATAK helicopters have so far recorded 12,000 flight hours and the aim is to develop a homegrown engine and a domestically produced 20mm artillery system for it.