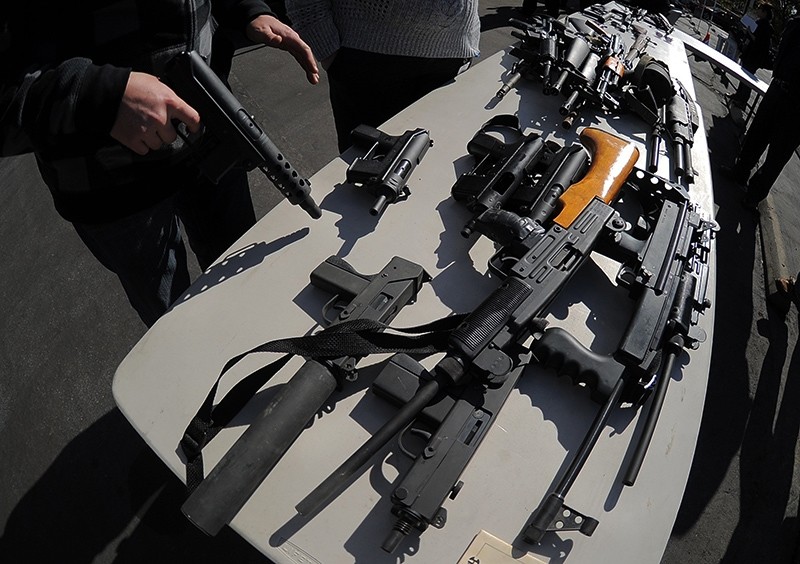 Arms sales by the world's top 100 arm producers rose 1.9 percent in 2016, the first year of growth in five years, with the United States and Western Europe taking an over 82 percent share, according to an international survey released Monday

The Stockholm International Peace Research Institute (SIPRI) — behind the survey — said in a statement Monday that sales of arms and military services by the world's largest arms-producing and military services companies — the SIPRI Top 100 — totaled $374.8 billion last year, excluding China.

The total arm sales were equivalent to nearly 0.5 percent of global Gross Domestic Product, up 38 percent since 2002.

Topping the list was the U.S., which continues to maintain the world's largest military expenditures. Companies from the world largest economy increased their sales by 4 percent last year to $217.2 billion, making the U.S. account for 57.9 percent of the total top 100 arms sales.

SIPRI said that U.S. military operations overseas as well as acquisitions of large weapon systems by other countries drove the rise.

The Brexit decision does not seem to have had an impact on the arms sales of British companies, which rose 2.0 percent in 2016, SIPRI said.

Companies from South Korea boosted their arms sales by 20.6 percent to $8.4 billion last year due to concerns over North Korea's missile and nuclear programs.

Producers in Brazil and Turkey also showed growth, while there was a slight decline for firms in India.

Due to lack of data, Chinese companies were not included. Based on Chinese defense spending that almost tripled between 2002 and 2016, SIPRI estimated that at least nine Chinese firms, including aircraft maker AVIC, could have been included on the list.

"The growth in arms sales was expected and was driven by the implementation of new national major weapon programs, ongoing military operations in several countries, and persistent regional tensions that are leading to an increased demand for weapons," the group added.

Created 1966 by the Swedish parliament, SIPRI tracks military spending and arms transfers. It began to chart arms sales by defense firms in 2002.