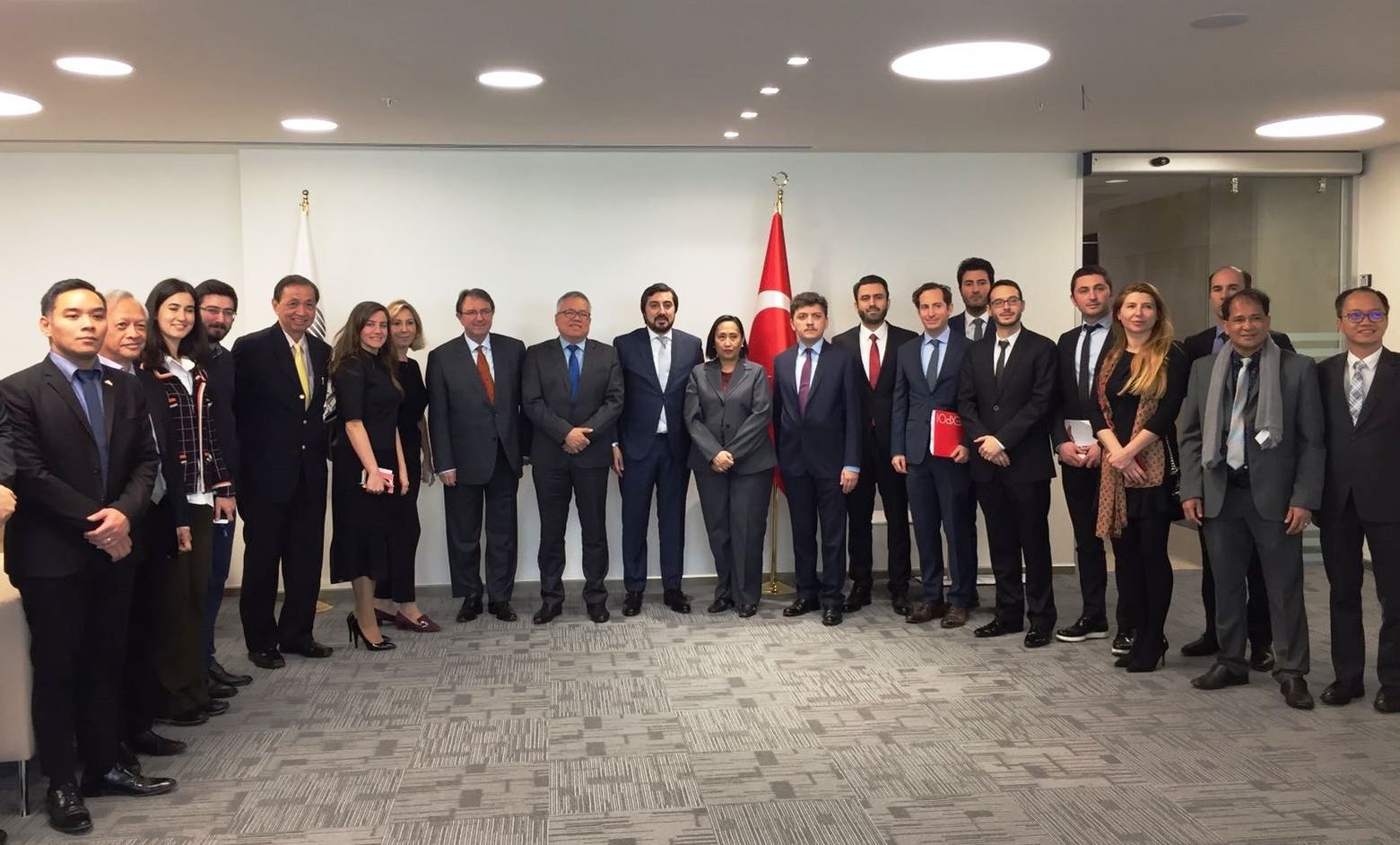 Getting to know Turkey better, the Philippines is inspired by its defense industry journey at a time when the two countries, each a gateway opening to massive opportunities in their respective regions, look to develop economic, cultural and commercial ties by sharing experience and knowledge

The trade and industry minister of the Philippines, Ramon Lopez, in his recent visit to Turkey to attend the Joint Economic Commission (JEC) meeting with Defense Minister Nurettin Canikli, told Daily Sabah's Elif Binici that his country is inspired by the development of Turkey's defense sector. He said closer ties between the two defense sectors were desirable as part of the Philippines' military's modernization efforts.

On every occasion, President Recep Tayyip Erdoğan recounts the story of how Turkey has developed its local defense industry to now meet defense needs up to 65 percent. The development story begins when Turkey was rejected when it wanted to buy state-of-art defense products from its NATO allies like the U.S.

Visiting Turkey to attend the first Joint Economic Commission (JEC) meeting with Defense Minister Nurettin Canikli, Filipino Trade and Industry Minister Ramon Lopez underscored that the story of how Turkey developed its own defense industry, which Minister Canikli narrated, is an inspiration for the Philippines as the country now plans to modernize its armed forces. Defense Minister Canikli and Filipino Trade and Industry Minister Lopez signed a memorandum of understanding that will facilitate broader economic cooperation with a view to improving the dialogue in shipbuilding, manufacturing, construction and particularly defense.

Since Turkey became a sectoral dialogue member of Association of Southeast Asian Nations (ASEAN) in early August, the defense firms have been eyeing to develop ties with the ASEAN market at international defense exhibits.

Citing the importance of the comprehensive memorandum of understanding that will unleash Turkish-Philippine economic partnership, Minister Lopez stated that his visit to the site of Mechanical and Chemical Industry Company (MKE) as well as the meeting with Minister Canikli provided expansive knowledge about the Turkey's defense industry.

"We have recently come to know that Turkey has a very competitive defense industry in terms of accuracy and quality equipment, firearms and weapons at very competitive prices. These qualities can supplement what we need in the Philippines," Lopez told Daily Sabah in an exclusive interview.

Referring to the develop industry in Turkey, Lopez highlighted that the current status of the Turkish defense industry will very well align with the Philippines' government program to modernize the armed forces and defense products.

Having heard of the story of how Turkey has developed a national defense sector by mobilization of domestic resources from Defense Minister Canikli, Lopez said, "Turkey was in a way forced to develop its own industry simply because when the country needed the help, no help was coming and it forced Turkey to be self-reliant and develop its own industry. That is an inspiring story for us. We are in a similar mode but of course we have to import for now." Experiencing the same challenges Turkey once faced, the Philippines now look to improve its defense products by imports and has already got in touch with the Turkish government for negotiations, Lopez informed.

"Turkey definitely will be one of the top suppliers for the Philippines. We had our defense minister go there and he has already been in touch with the Turkish government," the Filipino minister noted.

Reflecting on his meetings in Turkey, Lopez highlighted that he had the chance to get to know Turkey more closely, particularly the country's economy, culture and industrial operations.

"We see a lot of opportunities that would be tapped and it is just pity that we have underutilized such a huge trade potential between our two countries," Lopez added.

The Filipino minster believes the one reason for a bilateral trade volume as low as around $279 million is the unfamiliarity between the two countries.

During his stay in Turkey, the minister and his delegation had a chance to have a first-hand experience of Turkish retail trade, manufacturing and construction operations. He expressed that his meetings made him observe the quality of Turkish products which are competitively priced.

As much as the Philippines can benefit from Turkish products, Turkey, he said, can also benefit from the products manufactured in the Philippines. Two growing economies with large populations, Turkey with 80 million while the Philippines stands at 106 million, will certainly benefit from many a great opportunity in tourism, food, manufacturing, electronics, shipbuilding, construction and pharmaceutical, the minister emphasized.

With such massive untapped potential, Lopez emphasized that he and Minister Canikli are very much convinced that the bilateral trade will be very soon doubled and increase more.

He also said that Turkey and the Philippines share similar features not only in the economic growth trend, but also in terms of strong leadership. Citing the reformist vision of President Erdoğan and his Filipino counterpart Rodrigo Duterte, he said the countries will capitalize on further collaboration with the progressive reforms led by their leaders.

Calling on Turkish investors, Lopez stressed that the Philippine government wants Turkish companies to ride of the very positive growth momentum of the country in a wide array of industries particularly in shipbuilding, an area Turkey is experienced in.

He also highlighted that the Philippines is located on a very strategic location as a gateway to an expansive market with a 3.5 billion population, including ASEAN countries with a population of 629 million and others including Japan, South Korea, China, New Zealand, India, and Australia.

The free trade agreements the Philippines have with ASEAN countries, Lopez said provides Turkey with a gateway into the Asia-Pacific region.

Both Turkey and the Philippines assume significant roles in their geography, Şahin said, adding they might very well cement ties through trade and commercial ties while cashing in on untapped opportunities. Şahin recalled that the bilateral trade volume between Turkey and Philippines amounted to $230 million 2016, but the figure rose to $279 million in 2017. He stressed the need to capitalize on the growth potential of both countries and the necessity to expand the bilateral trade and ensure product diversity.