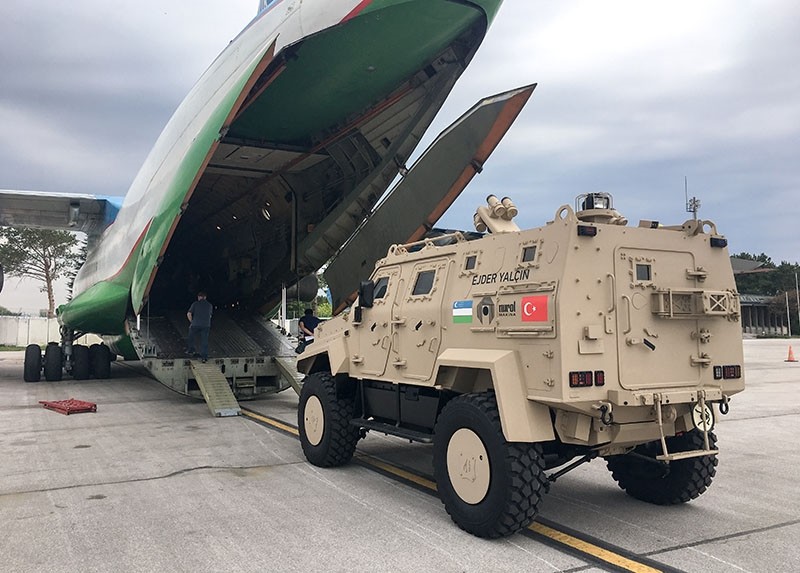 The Turkish defense and aerospace industry increased exports by 16.6 percent in the first two months of this year compared to the same period last year.

Defense and aerospace industries exported a total of $222 million in January and February of last year, while the said figure reached $258.9 million in the same period of this year.

The defense and aerospace industry reached $109.2 million in January and $149.7 million in February.

Exports from the Turkish defense industry increased by 12.8 percent in the first two months of the year compared to same period of the previous year, while defense and aerospace industry exports outpaced this rate with its performance in the said period.

In this period, the largest export was made to the U.S. with $98 million, followed by Germany with $36.6 million. Exports to both countries maintained a parallel course to last year's figures.

Oman, which experienced a significant increase in exports in the meantime, climbed to third place. Exports to Oman, which stood at $1.6 million in the first two months of last year, reached $20.3 million in the same period of this year.

Defense and aerospace industry exports to the Netherlands rose from $2.2 million to $13.7 million in this period, putting the country on the fourth place.

The U.K. followed the Netherlands with an increase of 33 percent, achieving $10.5 million in exports.

India ranked sixth with $9.4 million, while China, to which exports were limited to $7,000 last year, climbed to seventh place with $8.3 million

In the defense and aerospace industry, 20 cities achieved over $100,000 in exports.

Ankara, which hosts the firms leading the sector, experienced a 35 percent increase in exports, securing its first place with $132 million in exports. Turkey's capital realized more than half of the total exports in the defense and aerospace industries alone.

Eskişehir, which increased exports by 7 percent to $52.2 million, was followed by Istanbul reaching $43.3 million in exports with an increase of 1 percent.

These cities were respectively followed by Konya with $7.6 million, İzmir with $7.3 million, Düzce with $3 million, Burdur with $2.8 million, Samsun with $2.61 million and Adana with $2.60 million.