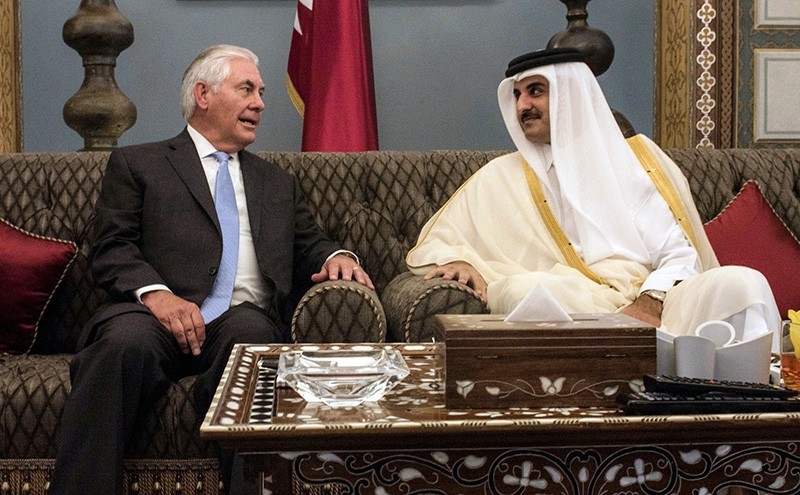 A statement about the order for global positioning equipment and information distribution systems said the prime contractor will be Waltham, Massachusetts-based Raytheon.

The statement said the sale would help "the foreign policy and national security of the United States by helping to improve the security of a friendly country."

Qatar, it said, "has been and continues to be an important force for political stability and economic progress in the Persian Gulf region."

"Our mutual defense interests anchor our relationship and the Qatar Emiri Air Force plays a predominant role in Qatar's defense," it said.

The deal underlines the balancing act that Washington is performing in the Gulf as it tries to end in-fighting between Arab monarchies while maintaining a common front against Iran.

And, using near identical language as before, it described the UAE as "a friendly country" and "an important force for political stability and economic progress in the Middle East."

In early June, Saudi Arabia, the UAE, Egypt and Bahrain all abruptly severed diplomatic and trade ties with Qatar, accusing Doha of supporting terrorism. The four threatened to impose further sanctions on Doha if it failed to accept a long list of demands, including the closure of Qatar-funded Al Jazeera television.

The Qatari government has denied the accusations, blasting the blockade as unjustified and a violation of international law.

U.S. President Donald Trump initially sided with Saudi Arabia, accusing Doha of funding militant groups and saying that Qatar had historically supported terrorism "at a very high level," however, the U.S. military relies on Qatar for its biggest base in the region and American diplomats have sought to reconcile the parties.

Trump and Qatari Emir Tamim bin Hamad al-Thani on Feb. 28 discussed the two countries' strategic partnership in a phone call. The Qatari emir plans to travel to Washington in April to attend a meeting with Trump.

Roughly 11,000 U.S. military personnel, mostly from the U.S. Air Force, are currently stationed at Qatar's al-Udeid Airbase, which is located some 30 kilometers southwest of Doha. Used to fly sorties into Iraq and Syria, al-Udeid is regarded as the largest U.S. military base in the Middle East.