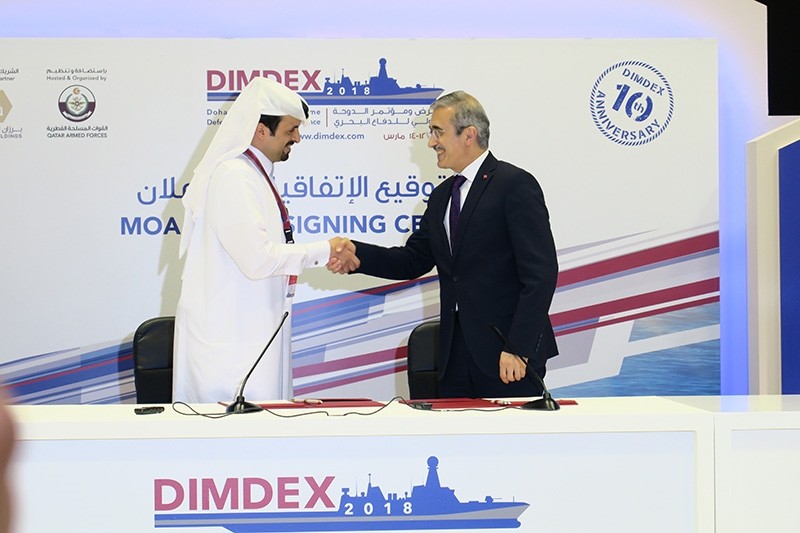 The deal was signed by Aselsan and Barzan Holding directors on the sidelines of the Doha International Maritime Defense Exhibition and Conference (DIMDEX 2018).