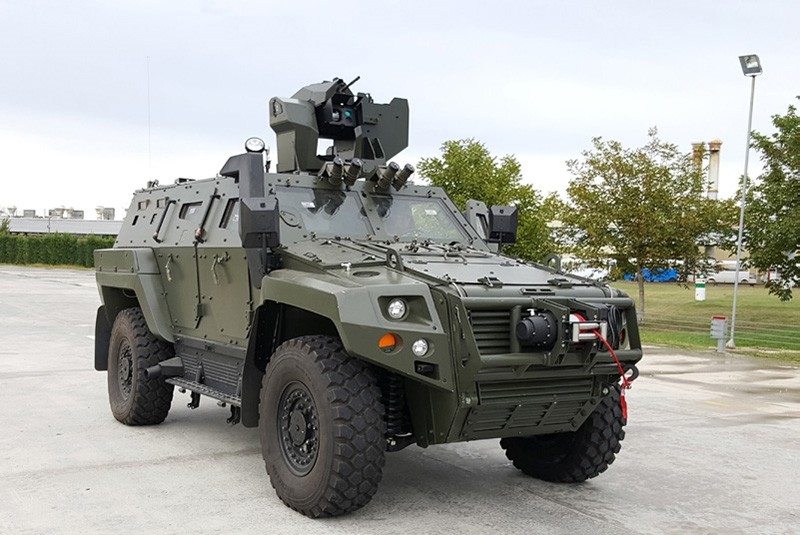 The company is preparing to add new products to SARP family in the near future, said a source from ASELSAN, who requested anonymity for security reasons.

"Through its extensive surveillance and remote control capabilities, SARP enhances situational awareness of the gunner in his proximity while the vulnerability to attacks is decreased drastically," according to a description on the defense contractor's website.

ASELSAN is set to finalize a smaller and lighter configuration of the system, which has been named SARP-L, said the source. It has been designed for low recoil weapons.

The other weapon system, ASELSAN is working on, is SARP-ZAFER. This system allows troops to change ammunition without moving outside an armored vehicle, providing them security.

The SARP weapon system can be integrated into land and naval platforms and is used in 16 countries, said the source.

The weapon system has three versions: SARP-NSV equipped with a Russian origin 12.7-millimeter NSV machine gun, SARP-DUAL which can be equipped with two weapons at the same time, and SARP-Anti-tank having laser-guided anti-tank missiles.

In addition, SARP remote control weapon system can be equipped with small- and medium-sized machine guns and 40 mm bomb launchers.

Founded in 1975, ASELSAN is Turkey's premier defense systems producer and the country's most valuable company.