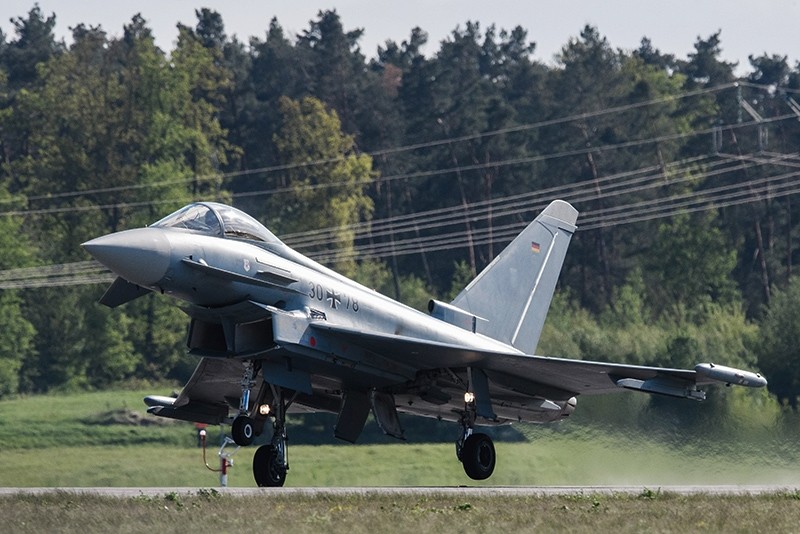 Only a handful of the German air force's 128 Eurofighter jets are combat-ready due a technical problem with the model's self-defense system, German magazine Spiegel Online reported Wednesday.

Technicians are worried about the defense system because cooling fluid has been shown to leak onto a case for sensors, known in technical terms as the wing pod, the report said.

Sources told Spiegel that only around 10 Eurofighters are allowed to fly.

In addition, because the air force only has small stocks of armaments for the Eurofighter, only four jets are currently available for real missions, Spiegel reported, citing military data.

Deficient military preparedness could compromise Germany's ability to fulfill its promises to the NATO military alliance, according to the report. Berlin has pledged to provide a total of 82 jets for crisis situations.

Germany's Bundeswehr confirmed the technical problems to Spiegel but declined to provide concrete numbers, as the issue was classified as secret. A spokesperson said a solution was being sought.