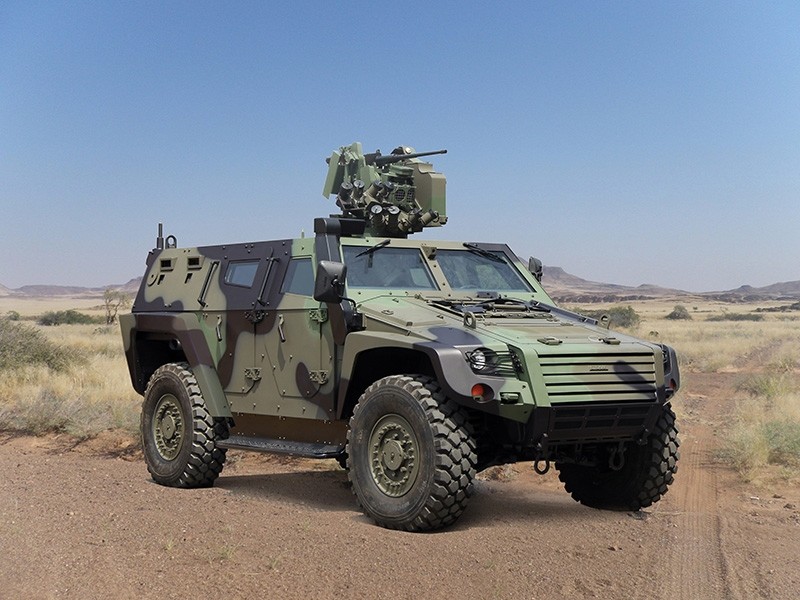 Turkish defense company Otokar will exhibit its latest armored vehicle for the first time this week at the Efes 2018 Live-Fire Military Drills in the Aegean province of Izmir.

The military training exercises will run from May 7 to 11, "with the participation of friends and allies," Turkish Armed Forces said.

The training event will include a defense industry exhibition in which 35 defense firms will showcase their products, including Otokar.

Otokar will showcase its newest Cobra II Load Carrier Armored Vehicle – which is produced locally -- for the first time at the exhibition.

The vehicle has been developed for secure delivery of vital materials -- including ammunition, fuel, food and water -- to troops during operations and to military bases.

It has superior maneuverability with the capacity to carry 2.5 tons of load. The vehicle will be able to respond during day and night, in challenging terrain and climate and in different operational areas.

It has superior mobility since it can be used in both urban and rural areas.

Moreover, the vehicle also provides close protection and self-defensive firepower facilities with its anti-aircraft gun that can be mounted in its chassis.

The car, which can reach 110 kilometers per hour, has a 700-km range. The vehicle can operate with 120 millimeters of mortars as well as the weapons of 5.56 and 7.62 millimeters.