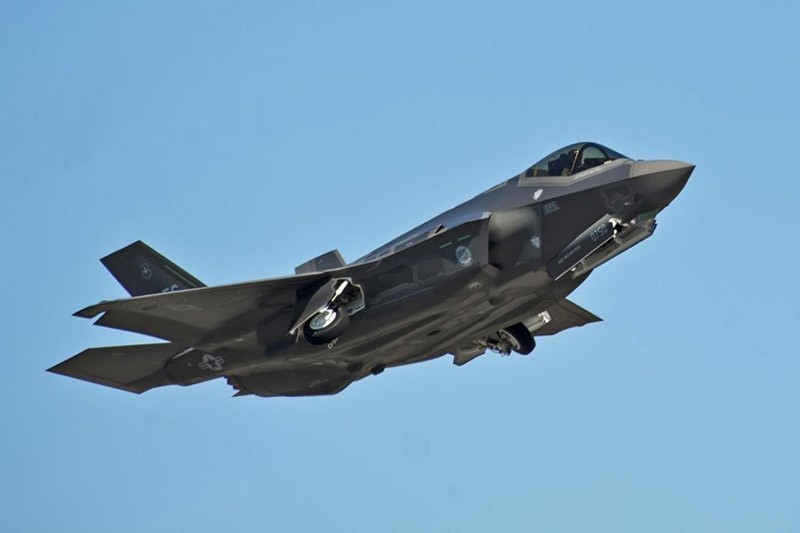 Turkish pilots will be flying two fighter jets to Turkey in September next year, after completing necessary training in the United States.

The jets will be refueled by a squirt, which will accompany the pilots during their return journey.

The command is currently constructing new maintenance hangars and modernizing some aircraft shelters. The constructions, which started end of last year, are expected to be finalized in early 2019.

Apart from Turkey, the U.S., U.K., Italy, the Netherlands, Canada, Australia, Norway and Denmark are also present as participant members to the program.

Turkey's cooperation with prime contractor U.S. defense giant Lockheed Martin dates back to the 1990s, when it previously purchased F-16 fighter jets. Turkish firms continue cooperation in the areas of system development and drills as part of the F-35 project.

Last month, three U.S. senators moved to block Lockheed Martin F-35 Lightning II fighter jets from being delivered to Turkey, voicing concerns that President Recep Tayyip Erdoğan had embarked on a "path of reckless governance and disregard for the rule of law."

Ankara slammed the plans to block Turkey's role in the making of the F-35s. Parliamentary Foreign Affairs Committee Head Volkan Bozkır said that the U.S. has been threatening Turkey with a move regarding the F-35 deal if Turkey purchased S-400 missile defense systems from Russia.

"There cannot be such thing that we will cancel the F-35 planes if you do not buy Patriots. There can be no conditions like 'we will sell you the Patriots, do not buy the S-400s' either," Bozkır said, adding that Turkey can buy defense systems from wherever it sees fit.

Several Turkish firms are involved in producing the fighter jets as part of Turkey's partner role in the joint program. Turkish firms participating in the F-35 project are expected to make a profit of $12 billion. For instance, Alp Aviation partook in the production of the bodywork and landing gear; Ayesaş supplied the missile remote control interface and panoramic cockpit imaging system; and Fokker Elma produced the electrical cabling and internal connection systems for the F-35s. Moreover, Havelsan provided the training systems for the F-35 jets, while Kale Aviation produced the body structure, connections and landing gear locking systems.