Pompeo's approval not needed for F-35 deliveries to Turkey 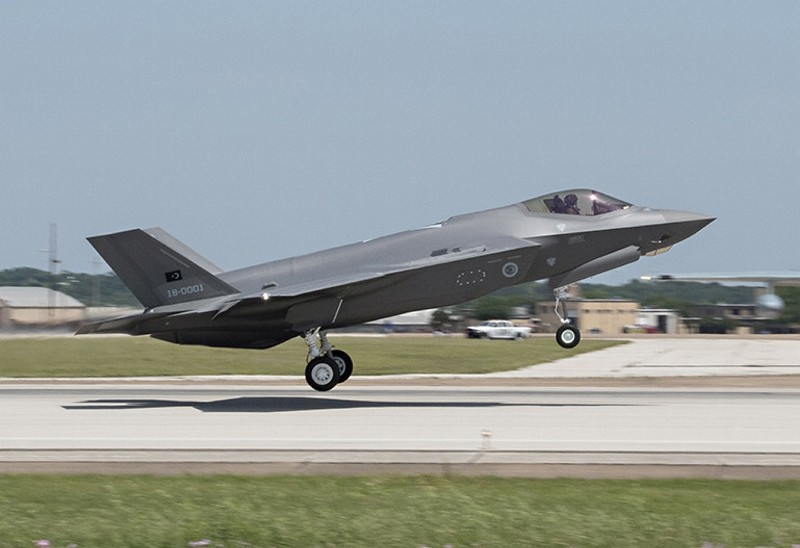 U.S. Secretary of State Mike Pompeo said on Wednesday on Capitol Hill that he has not made a decision on the delivery of F-35 warplanes to Turkey. This is likely to further fuel tensions with Turkey. However, Ankara says, the issue legally is not up to the U.S. administration because it is a co-production defense project with nine partner countries that doesn't require U.S. officials approval for delivery.

A Turkish official said joint productions with the U.S. and other countries are not subjected to the congressional overview and not required to get through a U.S. State Department direct sale process, which would require the secretary of state's approval.

One Washington expert speculated that there was a chance that Pompeo was commenting on the issue without being fully briefed about the technicalities. The Turkish official, who spoke on condition of anonymity due to government protocol, said the U.S. could only kick Turkey out of the consortium by getting approval from the remaining seven nations, which are Australia, Canada, Denmark, Italy, the Netherlands, the U.K and Norway.

Turkey is scheduled to receive its first F-35 on June 21, yet there are congressional attempts to block the delivery. Two bipartisan bills, in the U.S. Senate and House of Representatives, aim to force Turkey to release American citizen pastor Andrew Brunson who has been standing trial in İzmir on terror charges. The bills also require Ankara to stop its major military deal with Russia.

Asked about the ramifications of the deal, Pompeo told the U.S. House Foreign Affairs Committee that he was also continuing to keep Turkey away from the S-400 defense missile systems deal with Russia.

"We don't believe they have it yet and we are hopeful they won't take possession," he said.

Pompeo's remarks on S-400s raise some eyebrows in Washington because Turkey has already made the down payment and signed the final deal with Moscow; there is even a delivery date, July 2019. Ankara dismissed Washington's concerns over the interoperability of the systems with Russia, and said U.S. Congress's previous blockage on the sale of similar American systems to the Turkish military caused this crisis in the first place.

The congressmen, due to Ankara' Syria policy and its S-400 deal, blamed Turkey for conducting its foreign policy outside the NATO paradigm, and asked Pompeo to provide his insight on the state of Ankara's membership to the alliance.

Pompeo, repeating the U.S. State Department's talking point that mentions Turkey as an important NATO ally, said, "If Secretary of Defense [Jim] Mattis was sitting here, he would say we need them to be a NATO partner. I would agree with that assessment. We need their behavior to reflect the objective of NATO."

Pompeo also used an unusual way to describe U.S. assessment on the situation, that Washington was trying to get Turkey "to rejoin NATO" in a way where actions are in consistent with the alliance and not take steps to undermine these efforts.

While Pompeo accuses Turkey of not falling in the line with NATO commitments, a couple of miles down the hill, NATO ambassadors of the U.K. and Canada were making statements to the foreign press, praising Turkey's historical role and contributions to the alliance.

"We respect that investment. We respect Turkey as a strong NATO ally," said Kerry Buck, the Canadian ambassador to NATO. Sarah MacIntosh, the U.K.'s representative to NATO, reiterated NATO Secretary-General Jens Stoltenberg's statement on S-400 systems and said it was Turkey's sovereign decision.