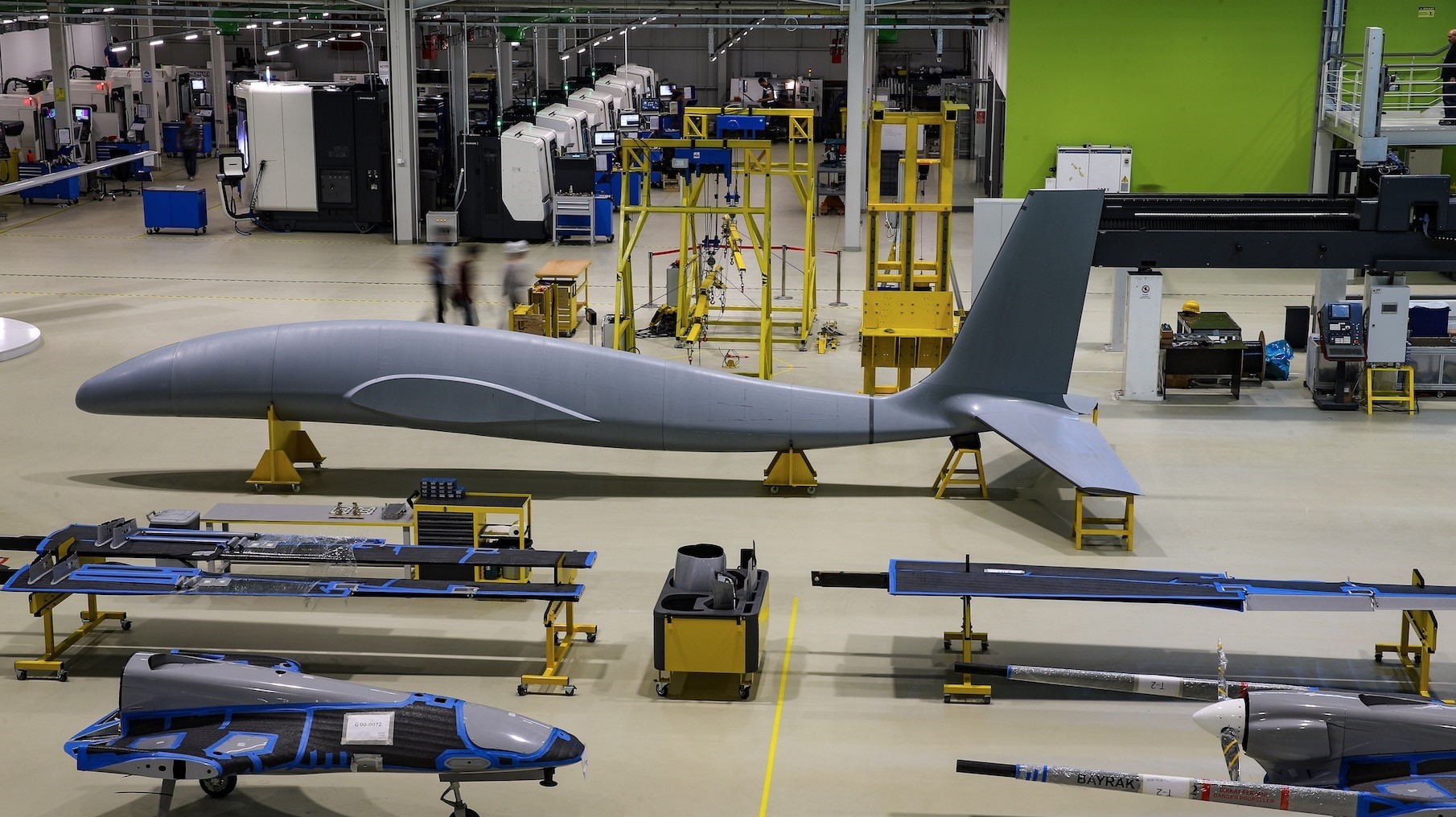 Turkey is growing its portfolio of unmanned aerial vehicles (UAV) as the country is becoming more ambitious in the technological development of these aviation platforms. The latest example of UAVs came from Turkey's leading UAV developer Baykar Makina, whose Chief Technology Officer Selçuk Bayraktar announced that the company's attack UAV Akıncı hit the production line. The twin-engine heavy armed drone Akıncı will be flying in the first quarter of 2019.

Baykar Makina General Manager Haluk Bayraktar said that the research and development (R&D) and production activities of domestically developed drones are jointly carried out at a modern facility.

The company engages in engineering operations in five main areas, including electronics, software, communication systems, and design of air vehicles with a team of young engineers, Bayraktar said. Domestically developed UAVs are manufactured at Baykar's facility.

The Bayraktar TB2 armed drone has been deployed by the Turkish Armed Forces (TSK), General Command of Gendarmerie and General Directorate of Security, the Baykar Makina General Manager recalled.

Baykar Makina's drones are uniquely developed with domestic resources, Bayraktar said and stressed that they make significant contributions by multiplying the existing force and capabilities in operations both at home and abroad. The Bayraktar TB2 has flown over 50,000 hours, he added.

The Bayraktar TB2, which has a record altitude of 27,030 feet for over 24 hours in the air, can carry 150 kilograms of cargo. The Bayraktar TB2 can operate day and night with useful loads.

Performing active reconnaissance, surveillance and intelligence flights, the Bayraktar TB2 can transmit images it obtains to operation centers without delay and attack targets with its ammunition.

The Bayraktar TB2 is currently the first and only armed UAV to be in the TSK inventory.

The number of Bayraktar TB2s in the TSK's inventory has reached 34, in addition to six drones used by the National Police and six others by the Gendarmerie Command. Out of the 46 Bayraktar TB2s, 23 have been configured to carry munitions.

Haluk Bayraktar emphasized that Turkey is one of six countries able to manufacture its own armed drone equipped with smart bombs and uniquely designed electronic systems.

Dubbed "the flying fish," the Akıncı drone is an important step for Baykar Makina to accomplish their aim to upgrade UAV technology, Bayraktar said. He added that the Akıncı's attack system is an upgraded version of the Bayraktar TB2.

"The Akıncı UAV system can reach an altitude of 40,000 feet and has the capability to fly for 24 hours. It has a capacity of useful load up to 350 kilograms. With these features, the Akıncı can perform some of the duties of our fighter jets," Bayraktar said.

The Akıncı attack UAV is equipped with electronic support pod, air-to-air radars, satellite communication systems, barrier-identification radar and synthetic aperture radar - all designed and developed in Turkey. Bayraktar emphasized that the Akıncı is a drone system that can carry all these systems, is capable of air attacks and engages a target very quickly.

Haluk Bayraktar highlighted that the Akıncı may be equipped with air-to-air missile systems domestically developed in Turkey and may be deployed in air-to-air missions. "The Akıncı UAV system will have most developed state-of-the art technology in its own class within three years, he said.

Elaborating on the current progress of the project, Bayraktar said the released pictures depict the body of the first prototype. "We aim to make the first test flight in 2019. Test flights are to continue throughout the next year on a very intense schedule. Hopefully, the Akıncı system will start officially operating in 2020.

"Feedback from the field shows that Turkey has become of the countries that most effectively uses UAV technologies," Bayraktar stressed.

The Akıncı UAV system developed by Baykar Makina will be equipped with the products of local defense companies including electronic systems, radars, smart ammunition, and turbine engines.

The Akıncı platform will have takeoff weight of 4.5 tons and a wingspan of 20 meters. To be operated with two turbine engines, Akıncı will carry nearly 1.5 tons in useful load with 900 kilograms external and 450 kilograms of internal load. The platform can be controlled via domestically developed satellites.