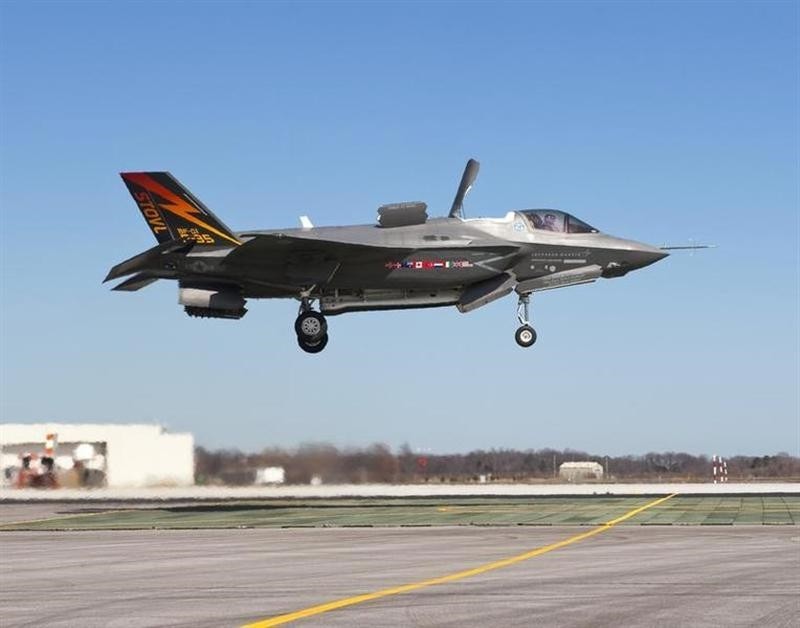 Turkey will take delivery of F-35 fighter jets in the U.S. city of Texas on Thursday while the jets will arrive in the country in 2020, Foreign Minister Mevlüt Çavuşoğlu said on Thursday.

Speaking to reporters in southern Antalya province, Çavuşoğlu said training for the Lockheed Martin-made jets will be carried out in the U.S. until 2020.

"There will be training works until 2020. The arrival of the jets in Turkey will be in 2020," the foreign minister said.

The U.S. Senate on Monday overwhelmingly approved the annual National Defense Authorization Act which includes an amendment prohibiting sales to Turkey of F-35 Joint Strike Fighter jets, citing the purchase of the S-400 air defense system from Russia and detaining U.S. citizens as the reasons.

Later, Turkey announced that the delivery of jets will take place at a ceremony in Texas, with the jets set to come to Turkey once the pilots complete training.

Apart from Turkey, the U.S., U.K., Italy, the Netherlands, Canada, Australia, Norway and Denmark are also present as participant members of the program.

Turkish firms continue cooperation in the areas of system development and drills as part of the F-35 project.