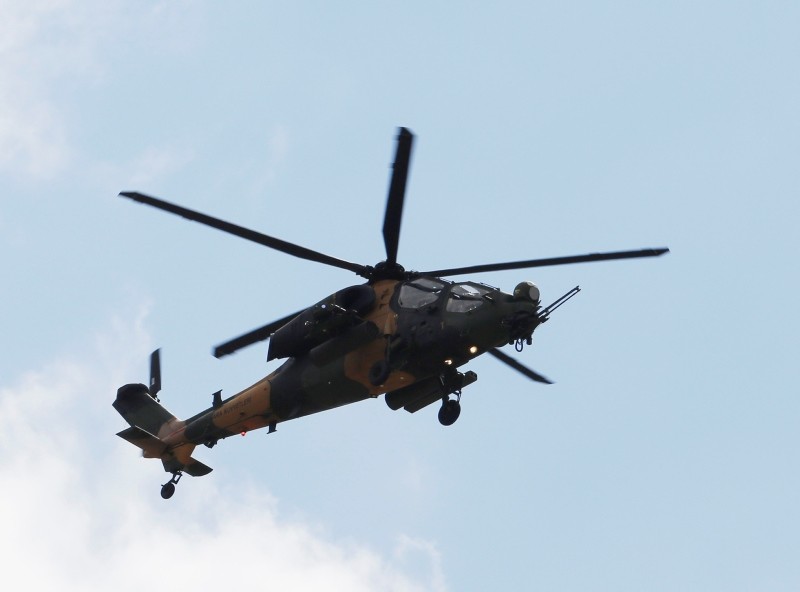 Turkey and Pakistan have finalized a deal for Pakistan's purchase of T129 Advanced Attack and Tactical Reconnaissance Helicopters (ATAK) on Friday, according to the Turkish Defense Industries Undersecretariat (SSB).

"Contract negotiations on T129 ATAK helicopters between Turkish Aerospace Industries (TAI) and the Pakistani Ministry of Defense Production were finalized," the undersecretariat said in a statement Friday.

With the sales contract, the longstanding cooperation and bilateral relations between Pakistan and Turkey in the defense field gained a new dimension.

In a November 2017 interview with the Anadolu Agency, Pakistani Minister for Defense Production Rana Tanveer Hussain said his country planned to procure 30 attack helicopters and four naval ships from Turkey.

Developed from the combat-proven AgustaWestland A129CBT, the new aircraft incorporates a new system philosophy with a new engine - the LHTEC CTS 800-4A - new avionics, sight systems and weapons, modified airframe, an uprated drive train and a new tail rotor.