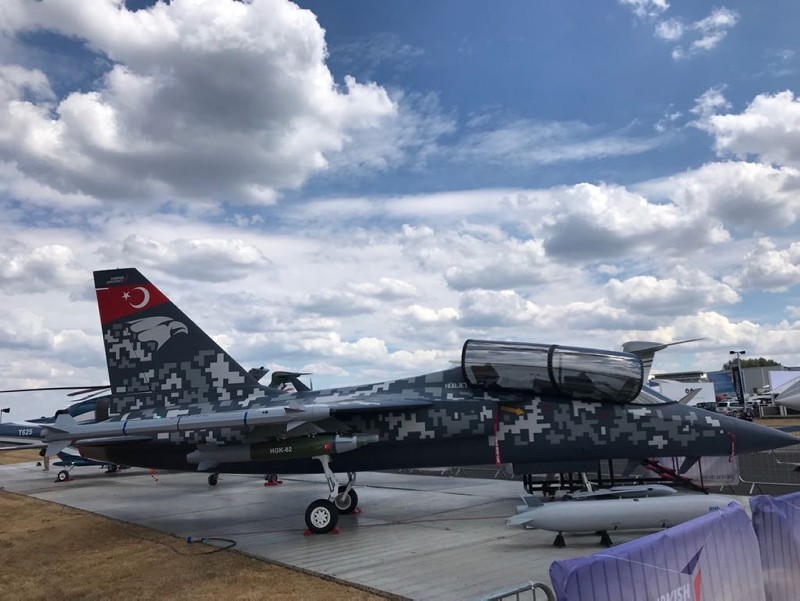 Turkey unveiled its light attack/advanced jet trainer aircraft Hürjet at the prominent Farnborough Airshow in the U.K. on Monday.

Turkish Aerospace Industries (TAI) showcased several other projects along with the mock-up of Hürjet at the week-long airshow at Farnborough Airport southwest of London in Hampshire, England.

TAI also promoted its T129 ATAK Combat Helicopter with an impressive demonstration during the event. Pakistan recently made a deal with Turkey to purchase 30 of the helicopters, the largest single military export deal ever for Turkey.

Besides the aerial vehicles, Turkish firms exhibited several munitions in the event.

The Farnborough Airshow started on Monday and is set to end on Sunday.

Hürjet, first announced in 2017, is designed with the goal of replacing the existing T-38 Trainer Aircraft. Planned to serve together with the F-35 jets, Hürjet will be equipped state of the art flight, mission and training systems.