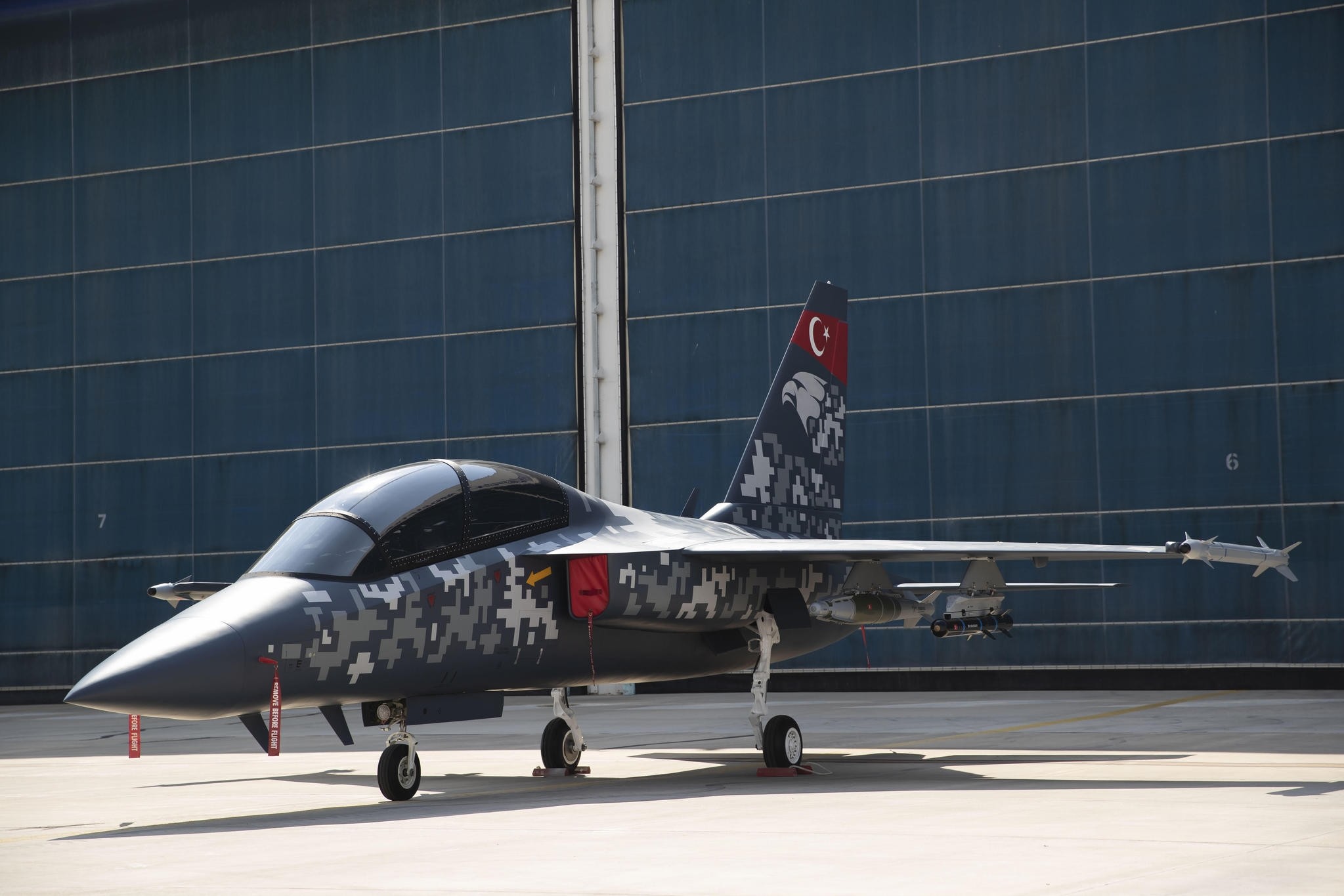 Within the scope of the Hürjet project initiated by the Turkish Aerospace Industries (TAI), a protocol has been signed between the company, the Defense Industry Directorate and the Air Forces Command.

The Hürjet project, developed considering the needs of Turkish and global markets, will be provided strong support by the Defense Industry Directorate and the Air Forces Command.

The Hürjet Project was initiated by Turkish Aerospace Industries in July 2017 under Defense Industry Directorate coordination. The project is aimed at developing jet-engine training aircraft.

While the conceptual design of Hürjet was completed in April this year, engineering and analysis studies as part of its preliminary design activities are underway.

A protocol was signed between the Defense Industry Directorate, Air Forces Command and Turkish Aerospace Industries on July 2 on the Hürjet Project, which is planned to satisfy the need for jet training aircraft to be used by the Turkish Air Forces for pilot training for the National Combat Aircraft.

Under the protocol, Defense Industry Directorate and Air Forces Command will give strong support to the project.

As part of the project, Hürjet will be produced in two configurations. One of them will purely focus on training aircraft, while the second will be an armed variant of the same aircraft. In the armed variant, launch control radar, external load and fire control systems and various task systems will be added to the aircraft.

In the project design phase, previous projects on training aircraft, education system and aircraft development will be benefited on the maximum level.

The market size of jet training aircraft has reached an annual average of $1.6 billion in 20 years.

Countries like the U.S., Australia, Brazil, Austria, Bulgaria, Belgium, Colombia, France, Taiwan, Peru, the United Arab Emirates and Sweden have started working to meet the growing demand, since many of the armed forces around the world, including the Turkish Air Forces, will replace their existing jet training aircrafts with advanced versions over the next 10 years.

At the same time, the outstanding performance and warfare techniques of the new generation of warplanes have accompanied the need for higher levels of performance in jet training aircraft.

It is considered that the U.S. will have difficulty supporting the foreign market since the jet training aircraft project that the U.S. has launched itself will occupy producers until the end of the 2020s. Due to this gap to be created by the U.S., it is predicted that some 2,500 jet training aircraft will be sold from 2017 to 2025 and Turkey will be able to meet approximately 20 percent of this need.

In order to get a maximum share from the market, an ambitious schedule has been planned under the Hürjet Project. It is aimed that the first flight of Hürjet will be carried out in 2022 and the first delivery will be made in 2025.

Priority will be given to the use of domestically and nationally developed systems and subsystems and the communication of the systems with the National Combat Aircraft in Hürjet in order to ensure the independence of operations at the maximum level, as well as to achieve targets about the global markets.