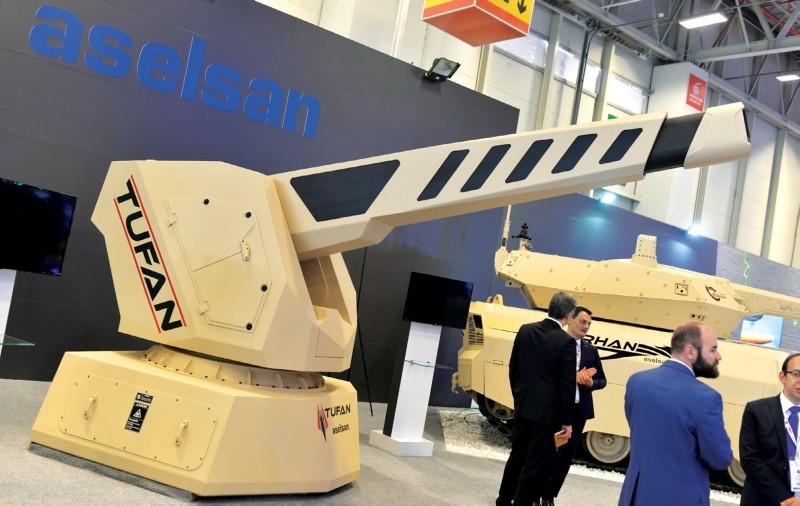 A new rail gun made by a leading Turkish contractor has shot through its own previous speed records, the firm announced on Wednesday.

But new tests with the TUFAN prototype in Karapınar in Turkey's central Konya province did 50 percent better, racking up an ultrasonic speed topping nine times the speed of sound.

ASELSAN's rail gun was first unveiled in May 2017, at the 13th International Defense Industry Fair (IDEF).

ASELSAN has been working on the electromagnetic rail gun system – which is still in the development phase worldwide – since 2014.

The gun is expected to be implemented along with intelligent ammunition in both long-range ground artillery and air defense system in the Turkish Armed Forces.

Research and development work on the electromagnetic rail gun system is being processed in ASELSAN's special development lab.

Countries such as the U.S., Germany, France, China, Russia, and South Korea are working on similar systems.

Founded in 1975 in the capital Ankara, ASELSAN, which produces military radios and defense electronic systems for the Turkish Armed Forces, is seen as Turkey's premier defense systems producer.

The company ranked 58th on the list of the world's top 100 defense giants in 2016, according to the prestigious U.S. weekly, Defense News.