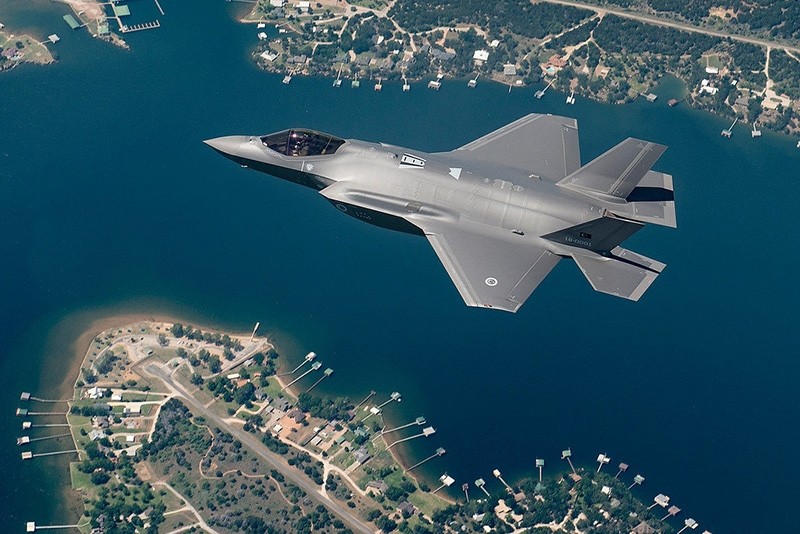 While U.S. President Donald Trump has decided to delay delivery of F-35 Joint Strike Fighter jets to Turkey, it is well worth remembering that Turkish firm Ayesaş is the sole supplier of two major components of the Lockheed Martin aircraft.

Although around 10 Turkish companies build various components of the planes, Ayesaş is the sole provider of the panoramic cockpit display and its missile remote interface unit.

As warned by members of his own administration, Trump's decision to act in bad faith toward the U.S.' NATO ally could backfire, as Turkey holds a valuable stake in the production of the F-35 jets.

A tit-for-tat over the F-35s could leave the U.S. and all other parties with stakes in the F-35 program short-suited, a much costlier bet than the $12 billion profit expected by participating Turkish firms.

On Monday, Trump shrugged off international trade law by approving a defense budget law delaying the delivery of F-35 jets to Turkey.

An amendment to the National Defense Authorization Act (NDAA), quickly approved by Congress, prohibits F-35 sales to Turkey until the Pentagon issues a report on Turkish-American relations in 90 days.

Turkey's removal from the F-35 program was taken out of the bill by the Congressional Conference Committee.

Defense Secretary Jim Mattis, in a letter to the Senate on July 7, had warned that Turkey's removal from the program could cause a disruption in a supply chain for the U.S. military and its partners while increasing other program costs.

"Turkey will take legal action if any measures are taken to prevent the delivery," Mattis said, adding that Turkey has alternatives and is "not a country that can be easily dispensed with."

Turkey has been in the F-35 program since 1999. The Turkish defense industry has taken an active role in the production of aircraft and invested $1.25 billion in the aircraft's development. Alp Aviation, AYESAS, Kale Aviation, Kale Pratt & Whitney and Turkish Aerospace Industries have been producing parts for the first F-35 fighter jet.