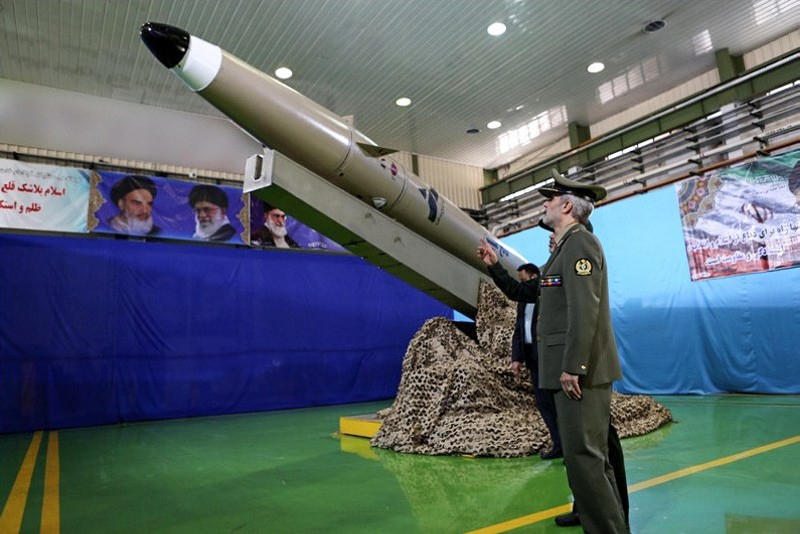 Iran's navy also announced on Saturday that it has mounted a locally built advanced defensive weapons system on one of its warships for the first time, as tensions mount with the U.S. military in the Gulf.

U.S. President Donald Trump withdrew the United States in May from a 2015 accord between Iran and world powers that curbed Tehran's nuclear activity in exchange for sanctions relief.

Trump said the deal was deeply flawed as it had not curbed Iran's ballistic missile programme or reined in its support for proxies in conflicts in Syria, Iraq, and Yemen.

Iran has dismissed any direct talks with Washington to resolve the issues raised by Trump.

"Our top priority has been development of our missile program. We are in a good position in this field, but we need to develop it," Brigadier General Amir Hatami was quoted as saying by Fars news agency on Saturday.

Iran unveiled in 2013 what it said was a new, domestically built fighter jet, called Qaher 313, but some experts expressed doubts about the viability of the aircraft at the time.

Iran's functional air force has been limited to perhaps as few as a few dozen strike aircraft, either Russian or ageing U.S. models acquired before the 1979 Iranian revolution.

Iranian Navy Commander Rear Admiral Hossein Khanzadi said on Saturday that "coastal and sea testing of the short-range defense Kamand system were concluded successfully and said this system was mounted ... on a warship and will be mounted on a second ship soon," the semi-official Tasnim news agency reported.

The U.S. military's Central Command said it had seen increased Iranian naval activity, extending to the Strait of Hormuz, a strategic waterway for oil shipments the Revolutionary Guards have threatened to block.

Iran has developed a large domestic arms industry in the face of international sanctions and embargoes that have barred it from importing many weapons.